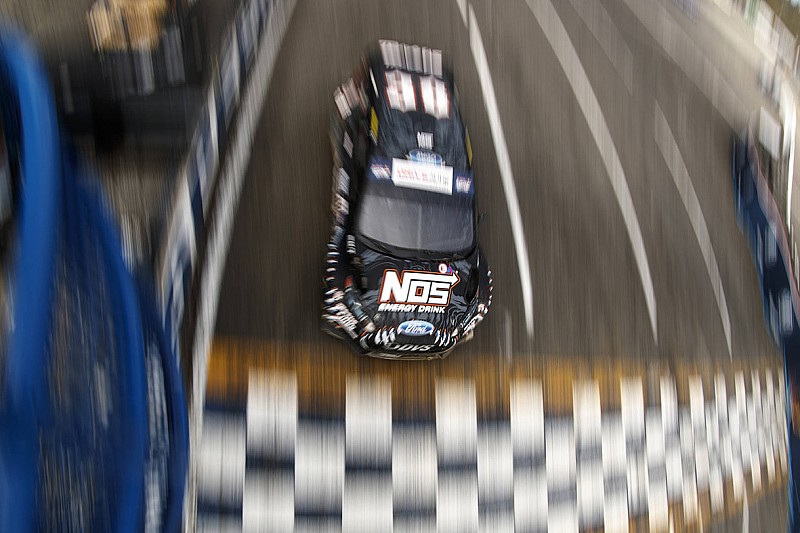 “New England is traditionally one of rally’s most prominent regions in the United States,” said Red Bull GRC CEO Colin Dyne. “We’re greatly looking forward to our debut event at Thompson Speedway, a track well-known for treating its fans well and producing exciting action. It was a top priority for us to bring our unique Red Bull GRC action back to New England this year, and we look forward to entertaining some of the most passionate race fans in America.”

Located west of Providence and south of Worcester, Thompson Speedway Motorsports Park combines easy access with a pristine New England setting. The Red Bull GRC New England track will use portions of both TSMP’s oval and road course, with the start, finish, key passing zones, and signature 70-foot jump all in front of fans. Starting from the center of the oval and working clockwise, drivers will charge off of the line into the oval and a wide right-hand first corner, before returning to the infield and facing the dirt and jump. Cars will then enter the road course portion, which includes a Joker Lap expected to significantly shorten lap times.

"All of us at Thompson Speedway Motorsports Park are eagerly anticipating Red Bull Global Rallycross' inaugural visit to Connecticut's quiet corner,” said Josh Vanada, TSMP general manager. “This segment of motorsports, which is rapidly growing, fits perfectly with our commitment to innovation—even after 76 years of excellence in motorsports. We're grateful to the folks at GRC for working with us to bring their world-class series and talented drivers to Thompson. We look forward to seeing everyone in June."