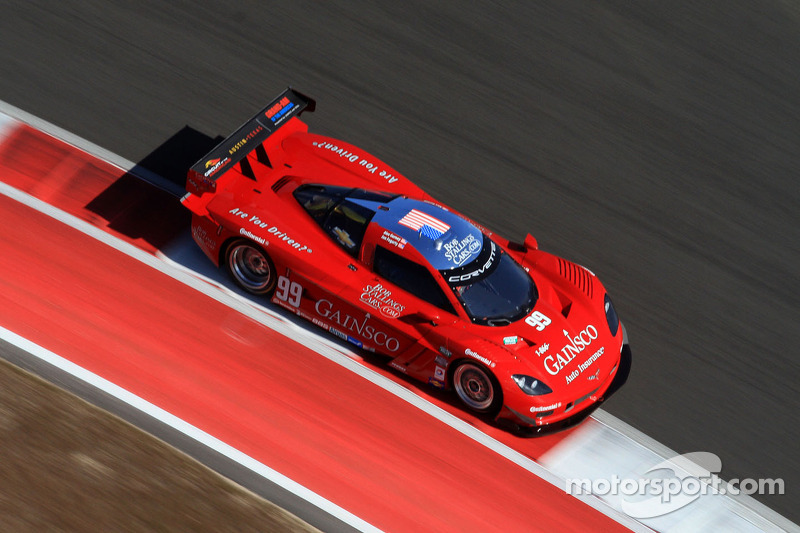 It had been a long time since Alex Gurney and Jon Fogarty last won a Rolex Sports Car Series race – Montreal in 2011 to be exact. Saturday, all the stars aligned for the two-time DP champs, who scored a popular home-state victory for GAINSCO/Bob Stallings Racing in the inaugural GRAND-AM race at Circuit of The Americas. 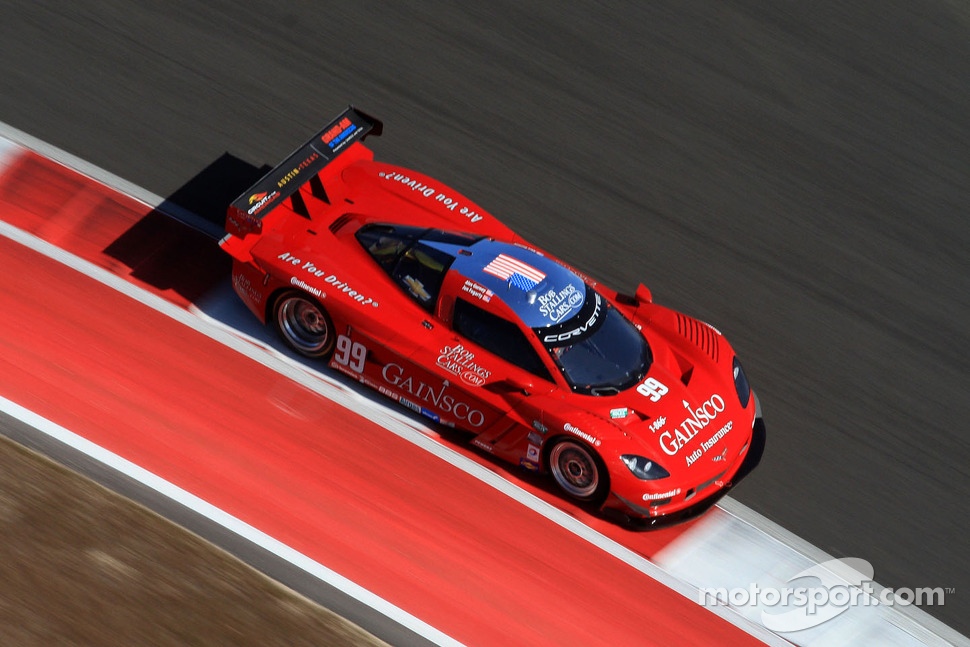 - The No. 57 Stevenson Auto Group Chevrolet Camaro was qualified fourth by John Edwards, but started at the back of the GT grid. Following qualifying, the team found debris and decided to change engines. Edwards – battling back from a bout with the flu – worked his way back into contention before being hit in the left-rear wheel by another competitor, causing a long pit stop that dropped them from contention.

- The event marked the first GRAND-AM Rolex Series event without Darren Law in the field. Law has competed in 161 races, dating from GRAND-AM’s debut in the 2000 Rolex 24 At Daytona through the 2013 Daytona event, where he finished seventh for GAINSCO/Bob Stallings Racing.

- Enzo Potolicchio confirmed that Stephane Sarrazin will drive in all but one of the remaining Rolex Series races. He will sit out the Mid-Ohio round to prepare for the 24 Hours of Le Mans, with his drive in the Diamond Cellar Classic taken by Tom Kimber-Smith. The team scored the best finish of its young history at Austin, taking fourth.

“It’s great to be back. We finished second quite a few times last year, and man, what a day! We pushed it so hard the whole way. It was an incredible battle at the end with Dalziel and Pruett, and it feels amazing to hold them off. We had 500 GAINSCO guests today, and we created 500 new racing fans. They were all going crazy.” – Alex Gurney, No. 99 GAINSCO Auto Insurance Corvette DP

“It’s great to win, obviously, but today couldn’t have been a better time with all the people here from GAINSCO. Victories are always great, and beyond that, we just put ourselves in a great position for the points championship. Now we have to keep it going.” – Jon Fogarty, No. 99 GAINSCO Auto Insurance Corvette DP

“The Ferrari and Andy were battling out up front. We made two laps back, and put our head down and raced. I didn’t see what happened with Andy and the Ferrari, but it slowed Lally down and he came back to me. I had a move ready and I put it into action. It got tight, we bumped a few times and ran out a few times. Andy got mad, and I apologize if he felt I did him wrong, but I don’t race dirty. It was a great win for Turner. This team is good enough to win races, so there’s no reason we shouldn’t try to win everything we get our hands on.” – Bill Auberlen, No. 94 Turner Motorsport BMW M3

“The car was really consistent, and BGB did a great job setting it up. I just tried to stay out of traffic, and as the sun was setting, it made it tough battling with the other cars. Winning my first Rolex Series race in my home town is very exciting.” – Jeff Mosing, No. 38 BGB Motorsports Porsche Cayman, GX winner

“The team worked really hard on our setup for today, and they really nailed it. We were having a great race, leading most of the time we were out there. Then Scott had contact with the 10 car and tore off the front of the car. I’m not sure exactly what happened, but it’s a shame for the team and the fans.” – Memo Rojas, No. 01 TELMEX/Target BMW/Riley

“Our start was a little messy, and I fell back to sixth. But the car was great, so we took our time and worked up to second. We had the quickest car on the track, and Max was flying once he got in. Racing Ricky was exciting – a lot more action than I expected. I’m sure we’ll be talking about it later.” – Jordan Taylor, No. 10 Velocity Worldwide Corvette DP

“I was right behind two incidents but missed both of them, thanks to the work of my spotter. Barry Waddell has saved me a lot of money over the years. This is a great place for GRAND-AM to be. It’s one of the best tracks in North America, for both fans and racers.” John Pew, No. 60 Michael Shank Racing Ford/Riley

GRAND-AM of The Americas draws two-day attendance of 26,648