Another fun filled weekend of motorsports, what are you doing this weekend?

Each and every week, the staff at Motorsport.com go over a list of all the different racing series that are run that coming weekend. This day makes me so happy. Not that in the back of my mind I already know what is coming up, but because seeing it on paper, and some of the surprises have been truly epic.

This week, we have MotoGP is at the Assen Circuit in the Netherlands. Their two wheel compatriots, the World Superbike Championship is at Imola. MotoGP has become increasingly more interesting with the success of Honda, and the urge from fans to see the Doctor Valentino Rossi win another race. 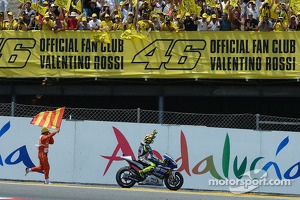 The stars of Formula One will be focusing on real racing Silverstone, and will (hopefully) give up all the squabbling over the Mercedes Pirelli Tire Test, or Test-Gate.

In my opinion, what happened with Test-Gate was simply a miscommunication. The fact that they got roughly 1,500 km of testing with their race drivers inevitably is going to be an advantage, but if Pirelli, the FIA and Mercedes could have gotten their act together and properly communicated what was going on, maybe they wouldn't be in the situation of missing the Young Drivers Test as punishment. 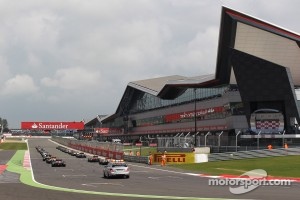 the start of the race

I sound like a Mercedes fan boy, but in all reality I can't nail down a team I like, as a team. I have drivers I dislike, and drivers I like. I am a fan of Kamui Kobayashi (which sucks, but the prospect of him running with Ferrari is amazing). I like seeing Perez do well, and Rosberg has had a promising season so far.

The Sprint Cup will be in Kentucky for the third time in as many years. The series finally, after numerous years of watching great racing in the truck and Nationwide series decided to go to the mile-and-a-half tri-oval. It's made for some pretty decent racing in the past couple years. My pick would be Carl Edwards for this one. Something about his success in Nationwide says he should be able to pick up a win there.

The history 6-Hours of the Glen will take place this weekend as well, as the multi-class, incredibly entertaining Grand-Am series takes to the curves of a the gorgeous track in New York. 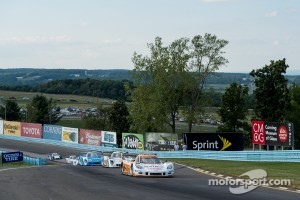 Having covered the 24 Hours of Daytona this year, seeing Daytona Prototypes right up close and personal, I can't help but have a soft spot for that series. It's neat seeing a championship without the Ganassi boys up front. They are my pick each week, so it will be a great second half of their season watching them attempt to catch up.

Lastly, the annual Pikes Peak Hill Climb. The second oldest auto race in North America takes place this weekend. Colorado is gorgeous, and I think its one of those "you have to be there to see it" races.

This year, however, is going to be a little different as there is no Monster Tajima to break a record and fight off Rhys Millen. This year we have Sebastien Loeb going toe to toe with Millen, and throw in Romain Dumas in there for good measure. In addition to those three in the unlimited class, there are 10 other competitors hoping to nail down that perfect time.

Last thing I want to mention this week is, Simon Pagenaud will be driving at the Pikes Peak Hill Climb. For Honda. In a Honda Odyssey. That is a van. That is all.

Mike Ryan will takie on Pikes Peak in a unique Freightliner