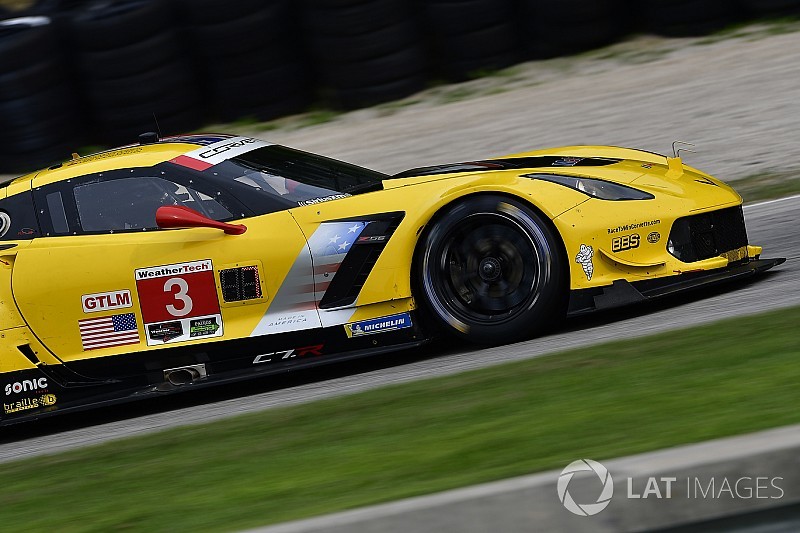 Garcia set the fastest lap of 1m41.743s just before the halfway point of the hour-long session. Tommy Milner soon made it a Chevy 1-2, on 1m42.351s – the fastest of three laps he recorded within one hundredth of a second of each other.

But Ryan Briscoe then split the Corvettes with a 1m42.262s, 0.519s off the pace but a tenth faster than Milner.

His teammate Richard Westbrook, who was fastest this morning, reported: “The car is definitely better than last year, I wasn’t comfortable in it at all then. But I’m not sure what Antonio had for breakfast!

“We knew the Corvettes would come into form in this part of the season, so it’s going to be tough.”

Alexander Sims and John Edwards were slowest of the GTLM runners in their BMW M8s.

In GT Daytona, Jeroen Bleekemolen led the way in his Mercedes, ahead of the impressive Robby Foley in the Turner-run BMW M6.

A brief red flag was required as Road America GTD class winner Christina Nielsen was off track at the final corner in her Wright Motorsports Porsche 911, before driving back to the pits with no damage.

Patrick Long then took over and recorded the third quickest time in the car, ahead of the Lexus of Jack Hawksworth.