TVS Racing is currently in the process of evaluating an “extensive training programme” for National Motorcycle champion Jagan Kumar and it could potentially include international outings.

Following his latest triumph, TVS is considering various series where it could place the 28-year-old, with an international campaign very much under consideration.

Jagan previously claimed victory during a wildcard appearance in the Suzuki Asia Challenge in 2015 when the series was part of the Asia Road Racing Championship banner.

“We understand that for any racer an International Championship is a breakthrough for their career. At TVS Racing, our intention is to provide International platform to our racers to prove their mettle.

“An extensive training program is being developed for Jagan to prepare him better.”

Jagan had to starve off a late championship challenge from Sethu, who scored four wins to Jagan’s two, as the battle between TVS and Honda heated up in the National Motorcycle Championship.

TVS admits that the competition in the category is rising every year, which makes Jagan’s feat all the more impressive.

“The Championship is getting tough every year as we have young talent with a lot more competitive spirit joining the sport; it is difficult for older riders to keep pace,” Selvaraj said.

“For Jagan, his experience on the tracks keeps him going and I am happy with his performance. He is very hardworking and knows what exactly will help him on the scoreboards.

“The technical team works day and night to modify the bikes with latest technology, our riders get trained with the best trainers to hone their skills and face any challenge at the tracks.” 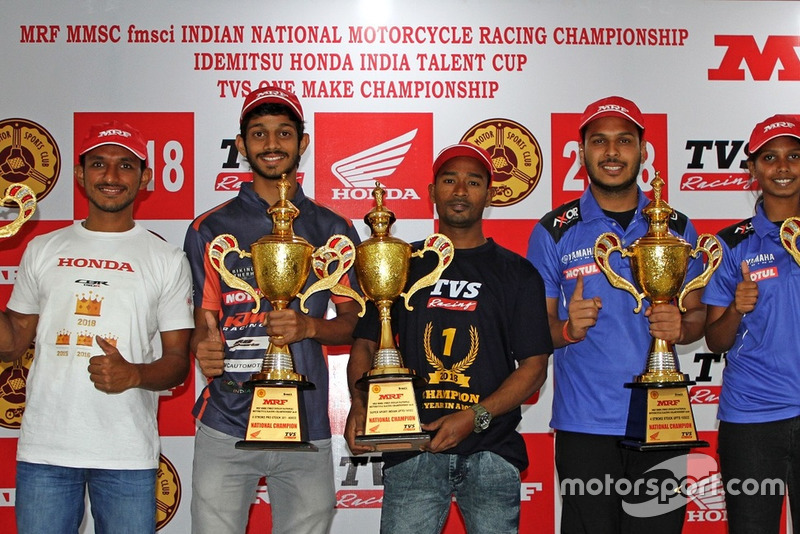