The Arrow McLaren SP team – formerly Arrow Schmidt Peterson Motorsports – is sending personnel to the Mexican and US Grands Prix as guests of the McLaren Formula 1 team, but the team denies that this suggests an imminent announcement regarding Patricio O’Ward. 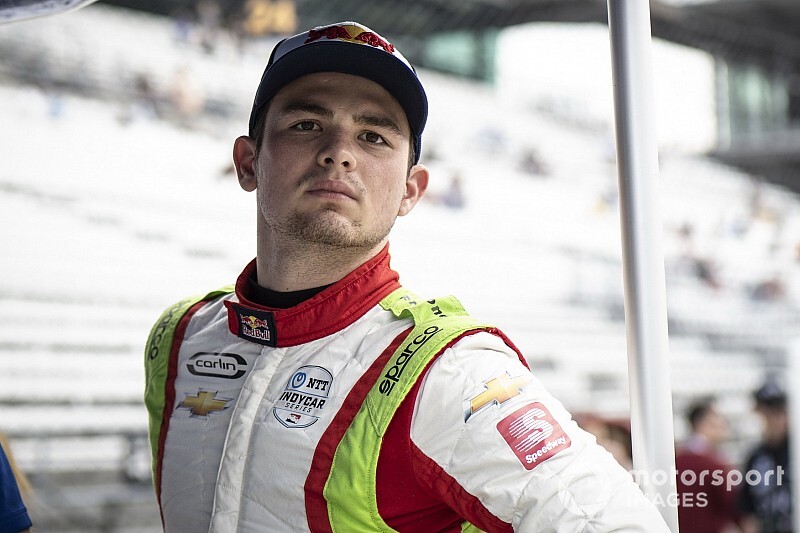 O’Ward, the highly regarded 2018 Indy Lights champion, started seven IndyCar races for Carlin this year, showing a startling turn of speed that resulted in him starting four times from the Top 10. However, the 20-year-old Mexican was snatched up by the Red Bull Junior program and sent to Japan to compete in Super Formula.

Driving for Team Mugen, O’Ward finished sixth in the previous round at Okayama, but yesterday it was confirmed that Juri Vips would replace him for the finale at Suzuka next week.

Simultaneously, Arrow McLaren SP general manager Taylor Kiel confirmed to Motorsport.com that, following a visit to McLaren in Woking, Surrey, UK , a further Indianapolis-based delegation would be attending the Mexican Grand Prix next weekend and the Circuit of The Americas.

Asked if the venues chosen were to announce O’Ward – the favorite for the ride – as teammate of Arrow McLaren SP incumbent James Hinchcliffe, Kiel chuckled and replied: “I’m not going to comment on any driver stuff. We’re there to observe how the team operates.”

Regarding the question of whether a deal with Arrow McLaren SP’s second driver –whatever his identity – had been done, Kiel responded, “No, it has not. We don’t know who it is yet.”

This echoed team co-owner Sam Schmidt’s comments to Motorsport.com 10 days ago that the squad was “only 80-85 percent of the way there” to locking down a partner for Hinchcliffe.

A McLaren team spokesman said that he would “neither confirm nor deny” an imminent deal with O’Ward, pointing out that for sheer geographical and logistical reasons, the Mexican and U.S. Grands Prix were the obvious choices for the IndyCar team members to observe their new colleagues in Formula 1.

Meanwhile, O’Ward announced on Twitter that he had been released from the Red Bull Junior program.

He wrote: “I want to take this moment to thank Red Bull, Dr. Marko and Team Mugen for the amazing opportunity to race in Japan this year! I’ve got nothing but great things to say about my experience and working with this great group of people. I wish Juri Vips and the team the best of luck closing out this 2019 Super Formula season!

“Soon there will be news about my racing future. I know good things are coming and can’t wait to share them with you all.”

Observing a different way of working

Kiel explained that the goal of the trip to the McLaren’s home base earlier this month had been “to get acclimated with what the McLaren side of the team is bringing to the table in terms of resource, personnel and so on.

Said Kiel: “Myself, and Zak [Brown, CEO] and Gil [de Ferran, sporting director] felt it was important to start working together immediately and putting faces to names after a lot of emails going back and forth across the Pond. We wanted to establish lines of communication and establish the mechanics of how we’ll work together going forward.”

The precise number of McLaren UK personnel who will shift to the hitherto Arrow Schmidt Peterson Motorsports squad base in Indianapolis has not yet been decided, however.

“We’re not quite at that stage,” Kiel commented, “but we have a really great plan ahead of us for how we’re going to attack 2020. We’re just hammering out the details.”

Regarding the trips to the Mexican and US grands prix, Kiel said: “I think it’s really important to get our people down there and see how McLaren F1 operates on a race weekend.

“There are some things that just don’t translate, but there are also things that do, and at the Formula 1 races I’ve been to I’ve seen similarities that can spark the creative fire. You see things where you think, ‘Wow, we should work in that direction.’ It’s one more experience for our people to go and see a different way. Doing the same thing again and again, you can go stale, so I think this is healthy.”