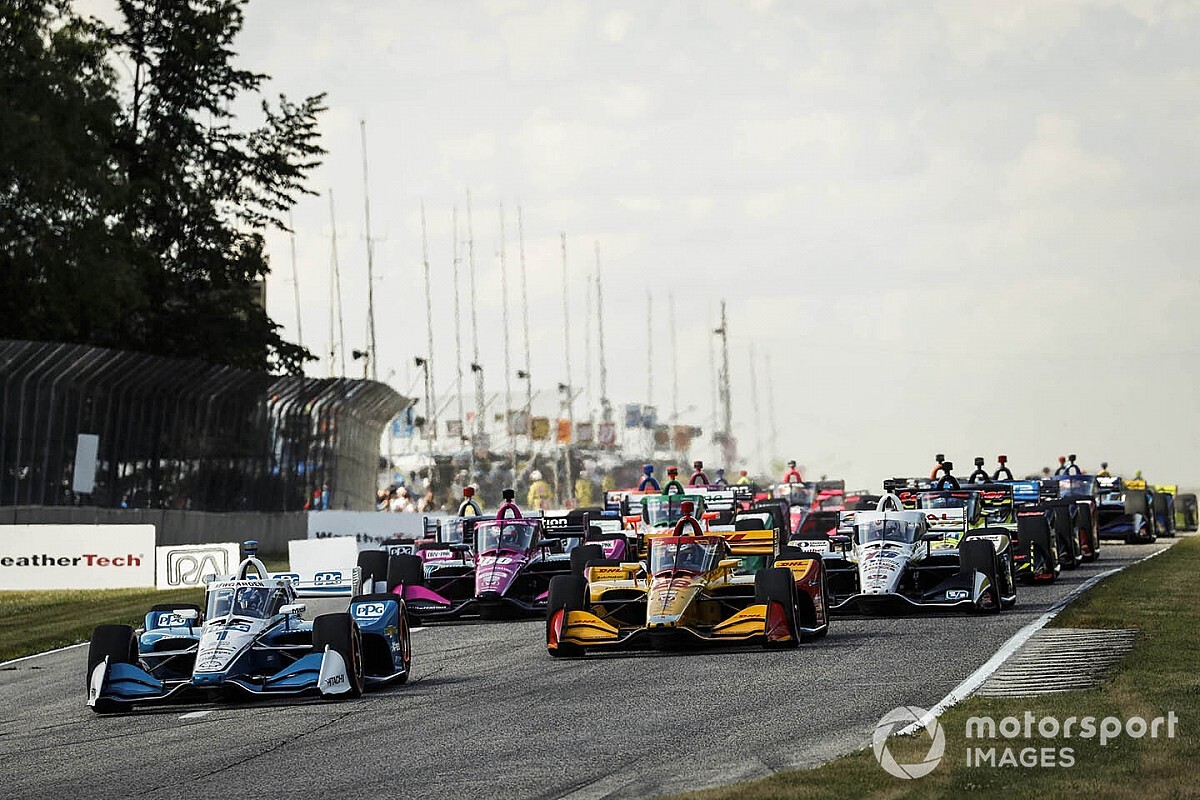 Scott Dixon won the first race of the Road America REV Group Grand Prix double header on Saturday, the third round of the NTT IndyCar Series near Elkhart Lake, WI, from ninth on the starting grid.

The race was the first to be run with full access opened for fans since the Covid-19 pandemic halted racing in March.

Penske’s Josef Newgarden led the 55-lap race from the pole, with a wild first lap ending with the Andretti Autosport cars of Alexander Rossi and Marco Andretti going off and both collecting advertising signs stuck to their front wings.

Newgarden was in control of the race until Lap 28 when his car stalled and took an age to get restarted, falling to 10th. Fellow Penske driver Will Power touched wheels with Santino Ferrucci at the first corner, and despite dropping well down the order he rebounded by pitting early to lead by Lap 31.

Power pulled a hugely aggressive pass on Ganassi’s Dixon to hit the front, with Ferrucci running third ahead of Ryan Hunter-Reay and Jack Harvey. But Harvey crashed out of fifth at Turn 2 on Lap 38, when his front brakes failed and sent him into the gravel trap.

Dixon almost hit Power entering pitroad and then beat him, out as Power was left up on his jacks for too long, while Ferrucci tumbled four spots after clashing with Dalton Kellett as he exited his box.

Dixon led the restart with 14 laps to go but the race went yellow again when Conor Daly hit the wall after clashing with Pato O’Ward. Another restart saw Alex Palou make a spectacular pass on Hunter-Reay for third, but a third yellow was required again for Kellett in the gravel, and race control swapped their positions back. The final restart was with eight laps to go, Palou again passing Hunter-Reay at Turn 1 for third.

Dixon beat Power by 2.5s, with Palou, Hunter-Reay and Colton Herta rounding out the top five. Rahal was right in contention with the leaders early on but suffered a slow early pitstop when his fuel hose failed to connect properly. He battled back to finish seventh, behind Ferrucci.

Newgarden was forced to pit for more tires after locking up at Turn 1 after the first of the restarts and finished down in 15th.