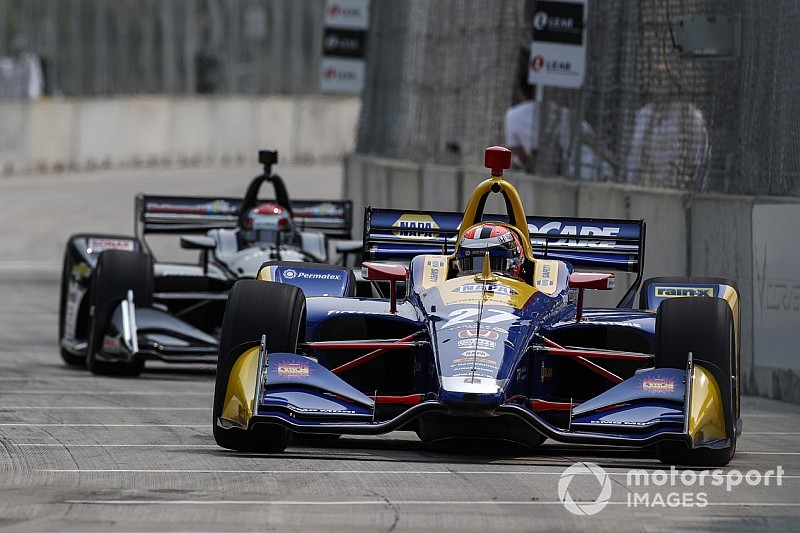 Rossi’s Andretti Autosport-Honda had jumped half a second clear of the first front-runner to set a strong time on alternate compound tires, Josef Newgarden, when Newgarden’s Penske-Chevrolet teammate Pagenaud struck a wall with his left-rear tire and ground to a halt on track with a broken toelink.

Rossi’s 1min15.1367sec lap thus remained top, 0.5274sec clear of Newgarden, with Scott Dixon of Chip Ganassi Racing-Honda and Will Power of Penske the only other drivers to break the 76sec barrier.

Marcus Ericsson was fastest of the rookies in the second Arrow SPM car in 11th.

Saturday morning’s qualifying session will be the first track action for the NTT IndyCar Series.

The Detroit Grand Prix is the only event of the season where the grids for the first and second races are decided by morning qualifying sessions that run as two groups of 11 whose times are then combined. Whoever is fastest will start from pole and those in his group will occupy the right side of the grid, the fastest in the second group will lead the left-side of the grid.