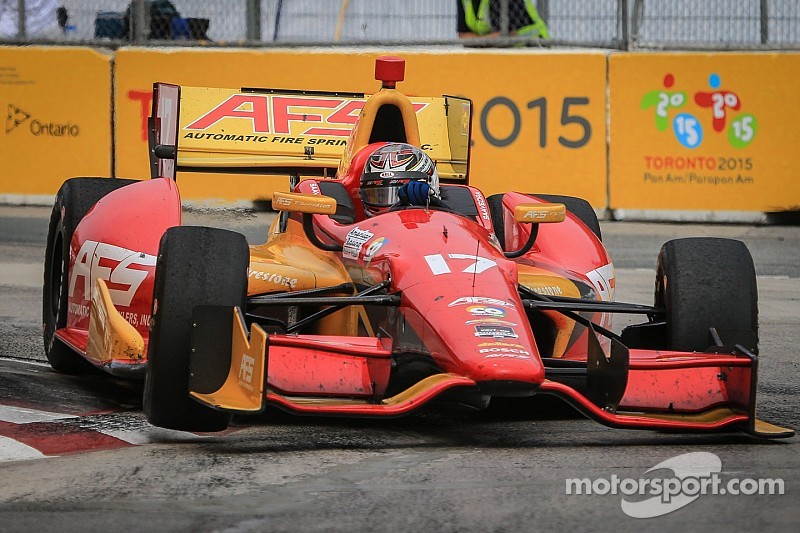 Columbian ready to get past Toronto doubleheader.

KV AFS Racing's Sebastian Saavedra returns to racing this weekend refreshed and ready for the Honda Indy 200 at Mid Ohio in Lexington, OH on August 1-3.

Saavedr a had a disappointing final doubleheader two weeks ago in Toronto, but has put all that behind him as he heads into the final four races on the Verizon IndyCar Series schedule, looking to end the season on a high.

The 24-year-old started the year by leading his first career IndyCar laps at Long Beach and then led laps again a week later at Barber Motorsports Park. Saavedra went on to make history by taking the pole for the inaugural Grand Prix of Indianapolis, which coincidentally was also his career first and has shown he can battle through the field on numerous occasions. He climbed an impressive 13 places in Long Beach, to secure his first top-10 finish of the season and having passed 16 cars at Houston in Race No. 1 to sit fourth, was looking to have his first top-five finish when he got punted with five laps to go.

Saavedra, who drives the No. 17 Automatic Fire Sprinklers, Inc. - KV AFS Racing car, will be making his third start this weekend on the 2.258-mile, 13-turn road course.

Commenting on the upcoming race, Saavedra said "I'm looking forward to a positive weekend at Mid Ohio. It's a beautiful track and more of a European style, so that always makes it fun. We had a very productive test there last week and came away learning a lot about the car, so we hope to put all that into practice for this weekend's race."

Gordon Kirby: Josef Newgarden is knocking on the door