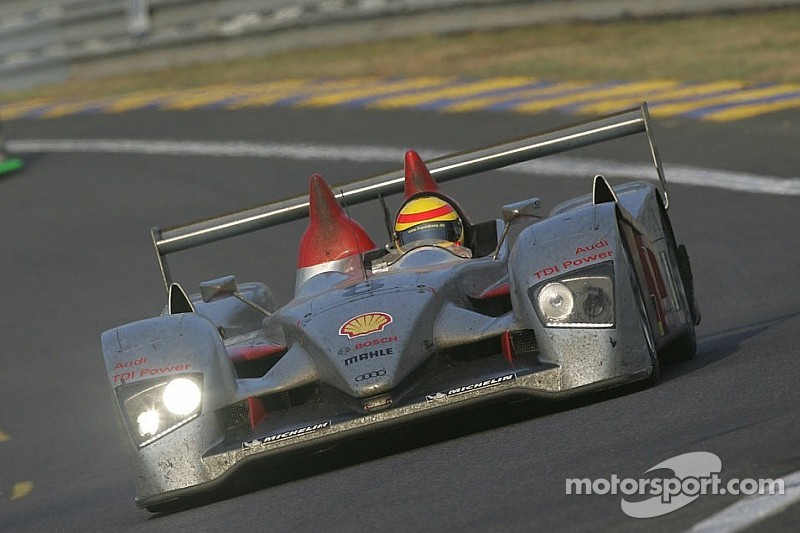 Never before had a marque tried to win the 24-hour race with a diesel engine...

Ingolstadt – Audi has always stood for pioneering achievements. The brand with the four rings was the first automobile manufacturer to win the World Rally Championship in 1982 with a four-wheel drive model, the legendary quattro. And at Le Mans, Audi again turned conventional wisdom upside down. Never before had a marque tried to win the 24-hour race with a diesel engine – the time to do so was ripe in 2006.

The Audi R10 TDI made a strong statement. Its V12 TDI engine delivered 650 hp of power output and produced more than 1,100 Newton meters of torque. It was the first ever diesel-powered sports prototype of an automobile manufacturer. Impressive data – but Le Mans is known for posing many hurdles. The manageability and reliability of an all-new technology are put to a particularly tough test in an endurance race like this one.

It was impressive to see how clean this engine was,

The Audi that was a completely new development had its ‘dress rehearsal’ in the Sebring 12 Hours in March 2006. “At Sebring, we saw how complex an engine change can be,” Ralf Jüttner, Team Director of Audi Sport Team Joest, recalls. “That’s why we decided not to change the engine before the race – as usual – but to use the same power-plant in all practice and qualifying sessions, as well as in the 24-hour race.” As a result, it was necessary to drive as few kilometers as possible in the practice and qualifying sessions. Setting up a new race car for the Le Mans track under these circumstances posed a major challenge.

Two Audi R10 TDI cars were on the Le Mans grid. While car number ‘7’ suffered a few setbacks in the race, the subsequent winning car, number ‘8,’ was running impeccably and caused a sensation: Frank Biela (D), Emanuele Pirro (I) and Marco Werner (D) clinched the first diesel-powered victory in history.

In the end, the V12 TDI had reeled off more than 6,400 kilometers, including practice and qualifying sessions, and taken the winners to the checkered flag at an average speed of 215.4 km/h. It was both fast and extremely clean. As a result, the TDI proved all the preconceived notions about diesels wrong once and for all. “It was impressive to see how clean this engine was,” says Ralf Jüttner. “When the car returned to the pits from the parc fermé and we were celebrating our victory, Ulrich Baretzky, Head of Race Engine Development, walked up to the winning car with paper napkins in his hands. He wiped the inside of the tailpipes and afterwards the napkins were as pristine-white as before. I’ll never forget this picture.”

Nissan’s Le Mans challenger on track for the greatest race