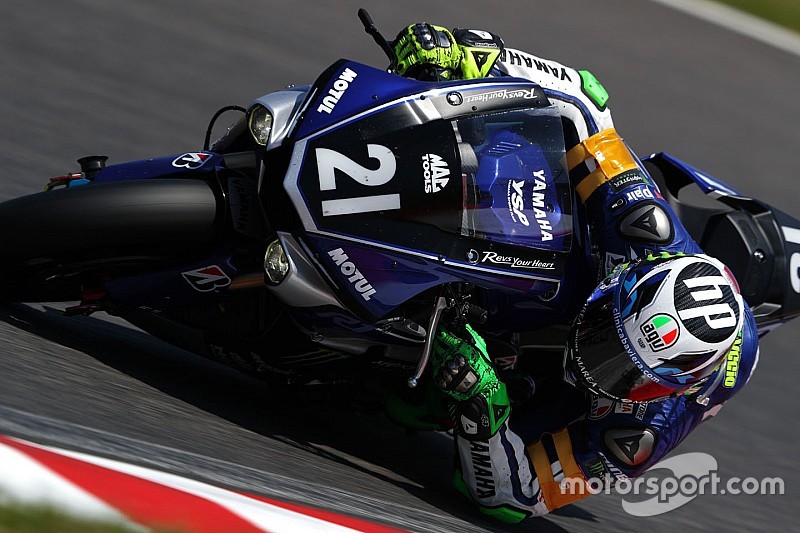 Yamaha clinched its sixth victory as a manufacturer at the Suzuka 8 Hours, with the #21 crew of Pol Espargaro, Alex Lowes and Katsuaki Nakasuga taking the top honours on Sunday.

Although Nakasuga had qualified on pole position, a poor start bogged the Japanese rider down into fourth place as the field made its way into turn 1.

However, the pace advantage of the Yamaha was immediately evident, with Nakasuga quickly dispatching the #12 Yoshimura Suzuki of Takuya Tsuda and the #5 FCC TSR Honda of Dominique Aegerter to move into second.

Thereafter, a lengthy battle between Nakasuga and Team Kagayama’s Ryuichi Kiyonari ensued, with the former eventually finding a way past on the final chicane to take the lead.

While Nakasuga extended his advantage at the front, Team Kagayama took another blow when a lengthy stop dropped them further down the order, with a subsequent puncture only adding to their misery.

Team Kagayama’s misfortunes played nicely into the hands of the #634 Harc Pro Honda outfit, which assumed the position of Yamaha’s closest challenger in the second hour of the race.

However, Honda's time at the sharp end of the pack didn’t last long either with Nicky Hayden, returning to the Suzuka 8 Hours for the first time since 2003, having to stop on track with a technical problem.

With challenge of main rivals subsiding within the first half of the race, the #21 Yamaha Factory Team cruised to the finish line, making it back-to-back wins after the manufacturer's comeback 2015 win.

Behind, the #87 Team Green Kawasaki entry of Akira Yanagawa, Leon Haslam and Kazuki Watanabe overhauled the #12 Yoshimura Suzuka machine of Tsuda, Josh Brookes and  Noriyuki Haga in a race-long battle to take the second spot on the podium.

The #7 Yamaha Austria Racing Team was classified fourth, with the #32 MotoMap Supply making it two Suzukis in the top five - ahead of the Team Kagayama machine in sixth place, slowed by a difficult refuelling stop and a flat tyre.