Crutchlow: Ducati needs Marquez, not Lorenzo, to be sure of title 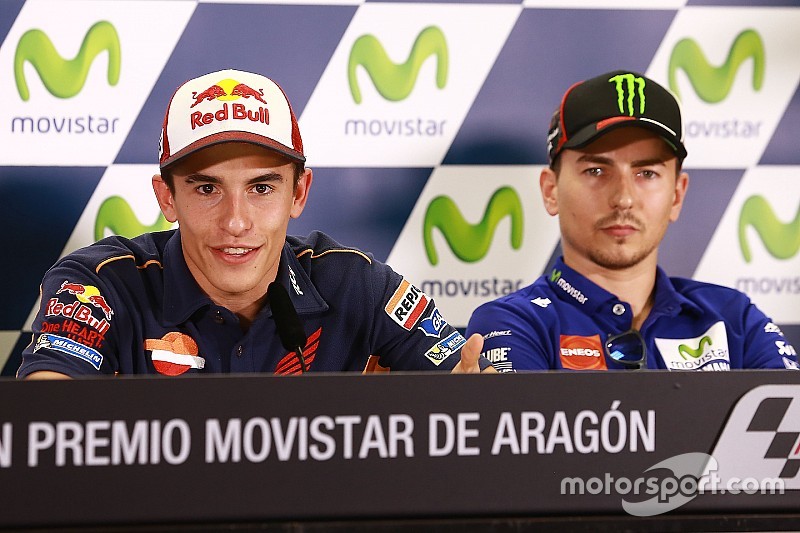 Former Ducati factory rider Cal Crutchlow says the Italian marque should have done its utmost to sign Marc Marquez for the 2017 MotoGP season if it wanted to "surely" win the title.

However, Lorenzo has been on a rough patch of results since, leading some to wonder whether the Spaniard would struggle on Ducati's famously challenging bike in 2017.

Lorenzo has recently been embroiled in a conflict with Yamaha teammate Valentino Rossi over the Italian's overtake during the San Marino Grand Prix - and Crutchlow reckons the spat is a sign of Lorenzo being bothered by his slump in form.

Asked whether the Lorenzo-Rossi debate made him laugh as a bystander, Crutchlow said: "No, I laugh at the one who's wrong and has got no idea what he's on about - or is just being ridiculous.

"I'm not afraid to say it. He [Lorenzo] is complaining about a pass - has he never passed anybody hard before? Valentino never even passed him hard, it's racing. If someone is passing you, you have to pick the bike up, or you stay on your side and get hit. It's your choice.

"Jorge is wrong and I think it's gotten to him a little bit cause he's not very fast this weekend [at Aragon], not like normal, not like his usual self.

"I hope he manages to turn it around before he gets to February, March next year. Because if not, he'll be really in trouble - and Ducati would've gambled wrong again, and I'll be even smugger," he joked.

Crutchlow, who will continue with LCR Honda next year, then suggested that he would've been open to a return to Ducati in 2017.

But the Briton insisted that, if Ducati wanted a guaranteed title in the near future, it should have made a bigger effort to sign Marquez from Honda.

"I gave them the option to go back," Crutchlow, who raced for the Italian marque in 2014, said.

"If you went to ask Dovi who would be a replacement for [Andrea] Iannone, he would say me, because I understand the bike, I understand all the other manufacturers now.

"But that doesn't mean I'd do as good a job as Lorenzo.

"I just think that... if they are looking for a guy to surely win the world title, do I think it's him [Lorenzo], with that bike? No. Marc Marquez.

"He was [available] at the time, they just never made him a good enough offer - or Marc didn't want to go."