Pramac Ducati MotoGP rider Danilo Petrucci says he “chose the wrong weekend to be in trouble” after struggling to 15th in qualifying for the Japanese Grand Prix.

Petrucci missed out on an automatic Q2 spot after crashing out in third practice, and ultimately couldn't make it through the first segment, consigning himself to his worst grid position since he started 18th in the second race of the year in Argentina.

The Italian, who will partner Motegi pole-sitter Andrea Dovizioso at the works Ducati team next year, is fighting for top independent rider honours this season, as he, Tech 3 Yamaha's Johann Zarco and LCR Honda's Cal Crutchlow are split by four points.

Zarco qualified second behind Dovizioso, while Crutchlow will line up fourth.

“Everything started from this morning when I crashed in FP3 and lost the chance to go directly to Q2,” Petrucci told Motorsport.com.

“I did two mistakes in my two attempts for qualifying [in Q1], this means you are out of the top two. Tomorrow I will try to recover some positions, we will see.

“I’m a little bit sad because the feeling was not bad, but it was not enough. We will try to score a top-10 tomorrow but I chose the wrong weekend to be in trouble, because my direct challengers for top five [in the points] are very fast, Cal and Johann.”

Petrucci says he and the team were left puzzled by his costly FP3 crash.

“Sincerely we don’t know. I was on the out-lap, my front tyre was hot, but when I closed the throttle, I was not so leaned over, everything was like the lap before, [it] was incredible, a surprise for everyone.”

The Italian was left on the back foot after “the worst Friday I remember”, in which he tried a set-up “shortcut” that did not work out.

His weekend was then compromised further by the fact his FP3 crash left him with just one Ducati GP18 bike to work with.

“I destroyed my swingarm and so I had only one bike for the afternoon, this means that we have been in trouble for trying new set-ups today.

“Anyway, was a big mistake, last time I crashed during the weekend I don’t remember when it was, it was so long ago [the Dutch TT in July]. A shame.” 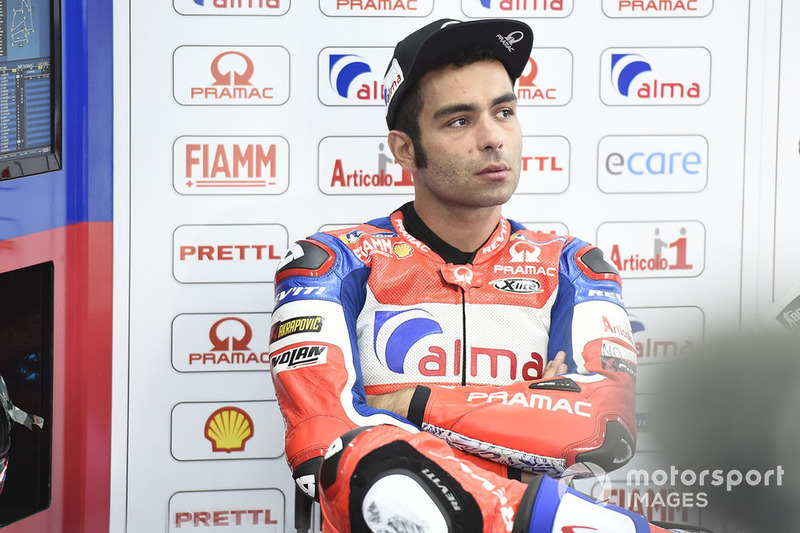