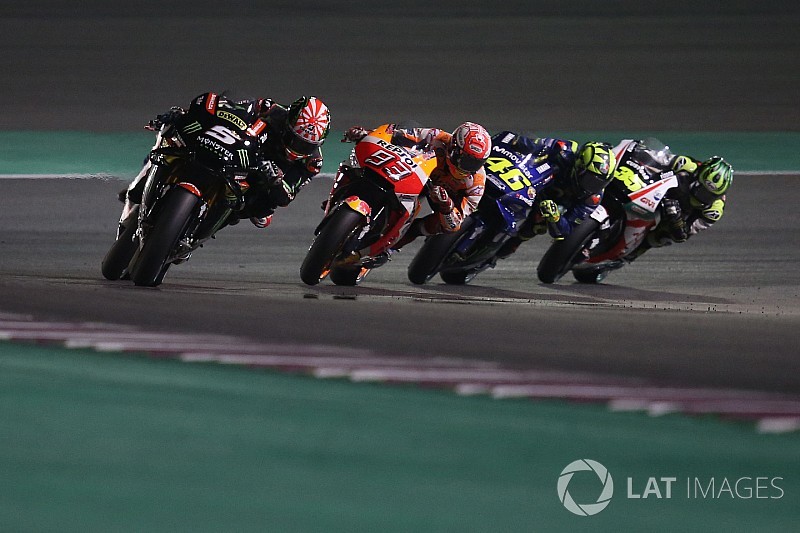 After a thrilling opening MotoGP race of the season in Qatar, Jamie Klein looks back and draws five conclusions from a roller coaster of a weekend at the Losail International Circuit.

Andrea Dovizioso went into the Qatar race as favourite, and in that respect he delivered the goods. But his wafer-thin victory margin over Marc Marquez will surely have caused consternation at Ducati.

After all, Losail is historically one of Honda's worst circuits - last year Marquez was a distant fourth, almost seven seconds behind race winner Maverick Vinales - but this time the reigning champion fell short of Dovizioso by just 0.027s after attempting another of his famous last-corner lunges.

If the Honda is this competitive in Qatar (Cal Crutchlow confirmed the RC213V's progress with a solid run to fourth on the LCR machine), Marquez is going to be awfully difficult to beat in the next two races in Argentina and Austin, two tracks that play to the Spaniard's strengths.

Dovizioso even admitted post-race that Marquez's unexpected turn speed was the "bad thing" about his success, saying: "We confirmed we are more competitive than last year, but this race I think Honda riders also confirm they are better than last year.

"I was able to beat him, looks like an important thing, but it's not at his good track so you have to be objective, I know very well these things. I didn't expect to have him [challenging me] in the last few laps, that is the bad thing of the victory of today." 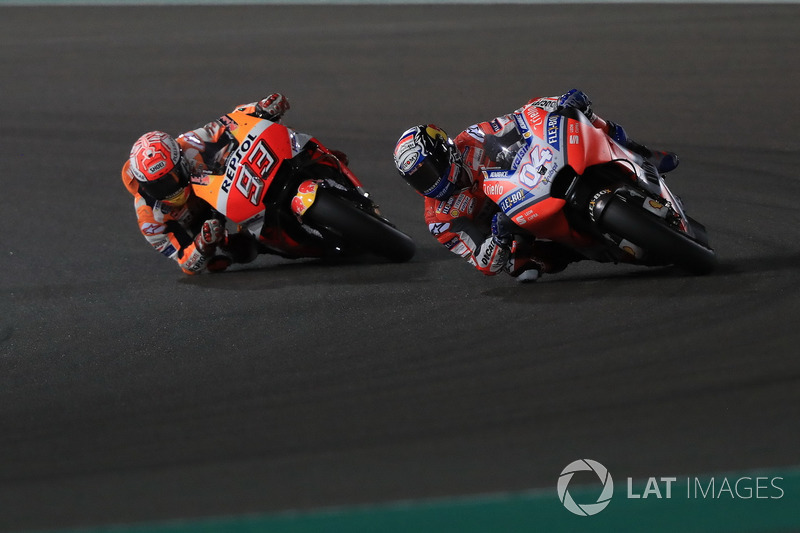 2. Rossi's still got what it takes

There was only one story in the paddock on Thursday, that of Valentino Rossi signing a new contract to remain at Yamaha until the end of 2020 - by which time he'll be 41 years of age.

Many thought his current deal would end up being his last when it was signed on the eve of the 2016 campaign, but time and time again the seven-time premier class champion has found ways of reinventing himself to keep up with the competition and stay at the top of his game.

Come Sunday, beating Dovizioso and Marquez in Qatar proved a bridge too far, but Rossi was only seven tenths off the pair at the finish, ending up comfortably best of the Yamahas ahead of Vinales and the satellite Tech 3 bike of Johann Zarco, who faded from pole to eighth with a tyre problem.

For Rossi, his performance was the perfect riposte to those who felt committing to two more years at motorcycle racing's highest level - on top of the 2018 campaign - was a risky move for a rider who is coming up for a decade since he won his last MotoGP title.

His new contract means he'll have not one, not two, but three attempts at premier class title number eight - and cementing his status as the greatest-ever. 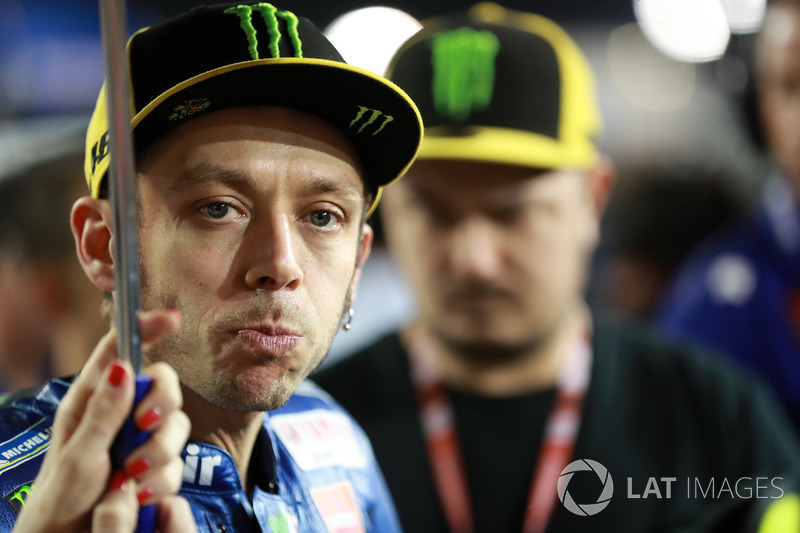 3. Vinales may just have turned a corner

After a winter that could charitably be described as 'inconsistent', expectations were low of Vinales on his return to a track where he dominated on his Yamaha debut last year.

Things looked little better in qualifying, as the Spaniard was slowest of all in Q2 to line up 12th. And after two laps, he'd dropped to the very fringes of the points after a poor start.

But then Vinales steadied the ship. He began to pick up places - helped of course by crashes for Alex Rins and Jorge Lorenzo - but more importantly demonstrated the sort of pace he hinted he was capable of in FP4 after some key set-up changes to his Yamaha.

His fastest lap came on lap 18 of 22, and was only two tenths slower than Dovizioso's, and he finished the race right on Danilo Petrucci's tail in sixth. Had the race been a couple of laps longer, or had he not made such a poor start, fourth place would have been his for the taking.

There's still a way to go yet before he's back to his imperious early 2017, but at least the despair and confusion of the pre-season looks to be well and truly behind him. 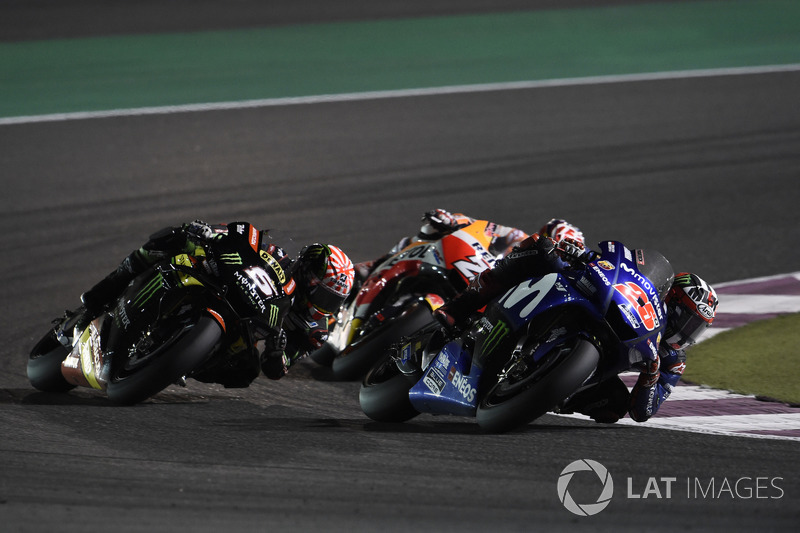 4. Zarco is a man in demand

With the factory Yamaha line-up now fixed in place through the end of 2020, last year's star rookie Zarco is going to have to look elsewhere to make the step up to becoming a full factory rider.

But, the good news for the Frenchman is that he's not short of offers elsewhere.

The hot rumour doing the rounds in the paddock in Qatar was that Zarco could be high on Honda's list of potential teammates for Marquez in 2019. Dani Pedrosa has yet to be confirmed beyond the end of this year, and new team boss Alberto Puig may decide the time is right for a change.

Puig is known to be an admirer of Zarco, who has also been courted by Suzuki and KTM. Even Ducati was reported to have approached the Tech 3 rider's management over the Qatar weekend.

Whatever he decides, Zarco isn't one to let off-track speculation distract him from his on-track exploits, as evidenced by his sensational record-busting pole time in qualifying. 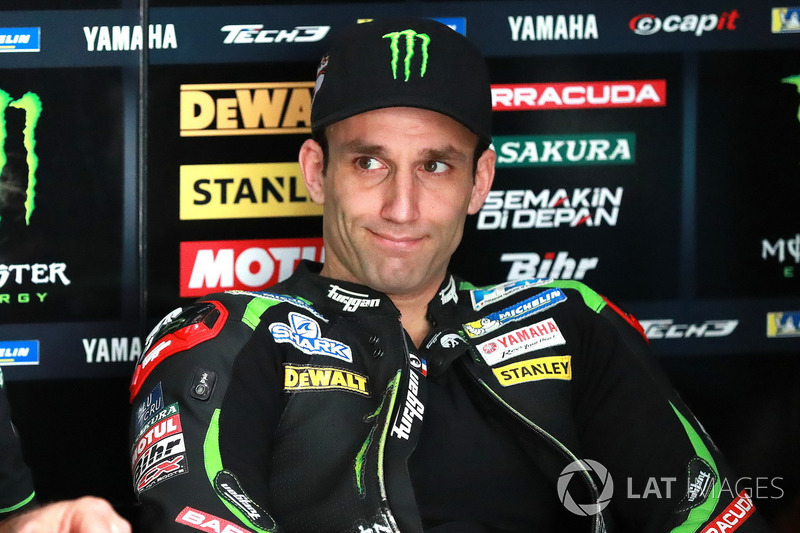 5. Aprilia and KTM have serious work to do

While Suzuki's performance in Qatar was inconclusive - Rins crashed out of sixth, Andrea Iannone was a mediocre ninth - it's clear MotoGP's other two smaller manufacturers are still well off the pace.

Aprilia entered the weekend with its delayed upgraded engine finally available to use, but the new motor seemed to make precious little difference to Aleix Espargaro's speed in qualifying.

The Spaniard was running 11th before running out of fuel on the last lap, which dropped him out of the points - and the less said about Scott Redding's run to 20th on his Aprilia debut, the better.

Over at KTM, Bradley Smith started off in the points but faded to a dismal 18th at the flag as his front tyre dropped off, while Pol Espargaro was the victim of an electronics glitch.

After the impressive progress of 2017, KTM appears to have stood still over the winter. At least the the team has the resources - and the rules breaks - it needs to keep up in the development race. 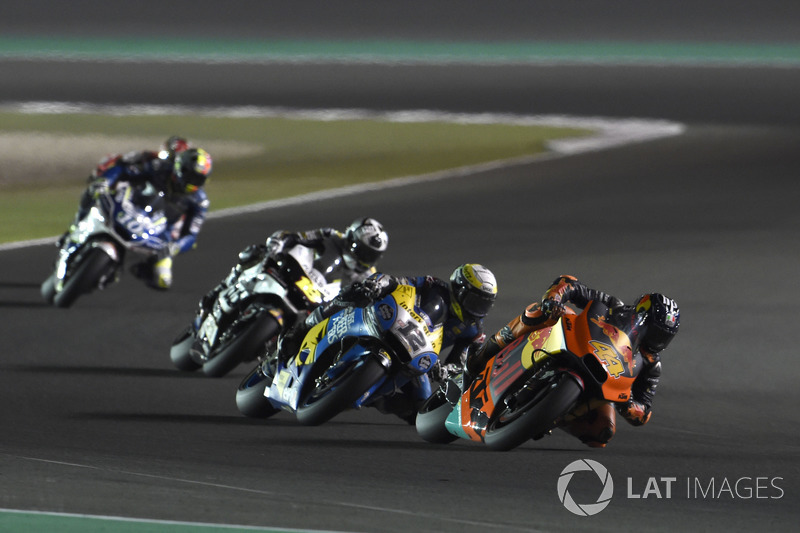