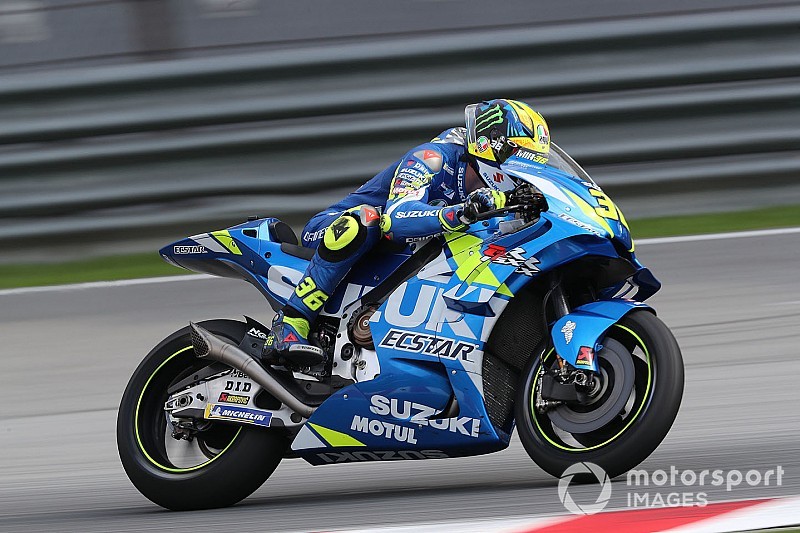 The SRC, a counterpart to the Honda Racing Corporation, will be an independent division with its own budget.

Its creation is intended to give Suzuki's grand prix racing outfit more autonomy in the management of its resources.

Up until now, any request made by the Davide Brivio-led Suzuki Ecstar outfit - which is based near Milan - had to be communicated to the manufacturer's Hamamatsu headquarters, where Suzuki's top brass would make a decision.

This was widely regarded as a handicap for the MotoGP outfit, as decisions and communication would sometimes take more time than was optimal.

In addition to MotoGP, the SRC will oversee the brand's other motorsport programmes, such as its Endurance World Championship effort and its factory MotoAmerica team, which won the 2017 Superbike class title with Toni Elias.

It remains to be seen whether the new structure will enable Suzuki to add a satellite team to its premier-class grand prix roster.

The idea to supply a privateer outfit with GSX-RR bikes has been on the cards for a while, but the Hamamatsu factory decided against such an expansion last year, despite a deal with Marc VDS looking likely at one point.

Brivio confirmed at the end of 2018 that a satellite team was still a “target” and a priority for his MotoGP operation – and his push will have been helped by his team's strong showing that season, in which Alex Rins and Andrea Iannone combined for nine podiums.

The Suzuki is currently coming off of an encouraging first pre-season test at Sepang with rookie Joan Mir and Rins, the latter left buoyed by his “incredible” race pace.