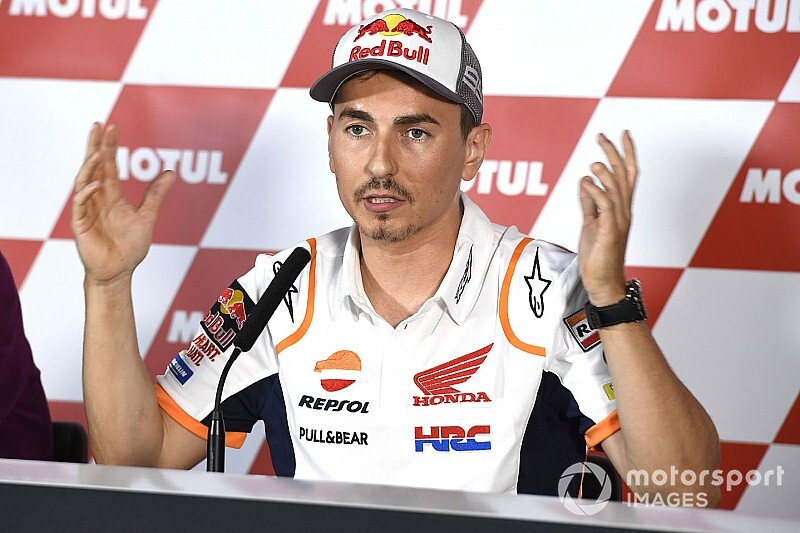 Kicking off the final five of our Top Stories countdown is the sudden end to Jorge Lorenzo's full-time MotoGP career.

To say Honda’s gamble of opting for an all-champion line-up for the 2019 season backfired would fly in the face of its hat-trick of titles – riders’, manufacturers’ and teams’, a sweep it has now achieved for three years running.

But, even more so than the two years before, this 2019 hat-trick is a responsibility of one rider and one rider alone, and though the Marc Marquez–Jorge Lorenzo match-up promised a ‘dream team’, it was no more one than the 1994 Benetton F1 line-up or the recent iterations of the NBA’s LeBron James-led Cleveland Cavaliers a couple of years ago.

Of course, comparing Lorenzo to ‘the other Cavaliers’ is an obvious disservice. For one, he is a three-time champion that had tamed and helped transform a recalcitrant bike in the Ducati Desmosedici during his time at the Italian manufacturer, which would’ve likely continued to yield success if not for what increasingly looks as a hasty decision to not re-sign him by CEO Claudio Domenicali.

More pertinently though, as to Lorenzo’s potential on the Honda, the fact of the matter is we’ll never know it, because he was virtually never fit.

Late-2018 injuries to his wrist and foot in separate crashes required separate surgeries and ensured he wouldn’t enjoy a smooth off-season. Making matters infinitely worse was another injury, sustained in a January training crash, that forced him out of the first pre-season test in Sepang and robbed him of a valuable opportunity to get to grips with Honda’s 2019 machine – which both Lorenzo and Honda’s ‘third man’ Cal Crutchlow were obviously less attuned to than the 2018 version, even though Marquez performed miracles with both iterations.

More Lorenzo crashes followed in the Qatar season opener, leaving the Spaniard – yet to fully recover from his previous travails – with an added bonus of a minor rib fracture.

The next few races offered a respite, and though results were poor there were signs suggesting a breakthrough was on the horizon. But the quick one-two punch of a Barcelona testing crash that left his Honda on top of the tyre stacks and an Assen shunt that led to the discovery of a vertebra fracture sounded the death knell for the Lorenzo-Honda experiment. 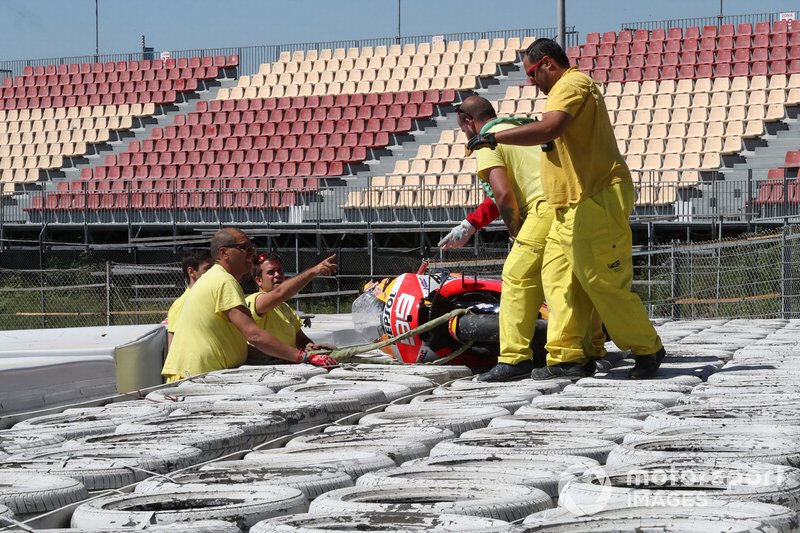 As the three-time world champion revealed afterwards, it was while stood in the gravel at Assen that he realised he doesn’t want to do this anymore.

He went back and forth on this, briefly exploring the possibility of a Ducati return during his injury absence and then ultimately returning to the RC213V seemingly with the intention to see out his two-year deal. Results, however, never picked up, and as Lorenzo himself admitted, the motivation had waned.

“I love to ride, I love competition, I love this sport, but above all things I love to win,” Lorenzo explained. “I realised at some point that this was not possible, at this short time with Honda.”

Completely unimaginable at the start of the year, Lorenzo’s retirement announcement in Valencia was a momentous occasion but hardly a shock, the 32-year-old drawing a line under a sublime grand prix racing career in an appropriately dignified and melancholic fashion.

For Honda, whatever bitterness exists over how the Lorenzo deal worked out should be smoothed over by not only the 2019 hat-trick, but also the Marquez contract renewal that is widely expected to follow in the early months of 2020.

The selection of rookie Alex Marquez as Lorenzo’s replacement – a rider who his brother Marc admitted was his preferred choice, even though he made sure to insist he had exerted no influence regarding the decision – means Honda is as all-in on its star rider as it has ever been.

Meanwhile, it’s not quite the time for end credits to roll on Lorenzo’s MotoGP tenure. For one, he’s admitted he is looking to remain a paddock regular in some capacity, and for another, that capacity may be something as major as a test role with Yamaha, which is known to have approached him with such an offer.

Vinales, not Quartararo, is the reference Yamaha - crew chief