Why Valencia testing is the best and worst for MotoGP riders 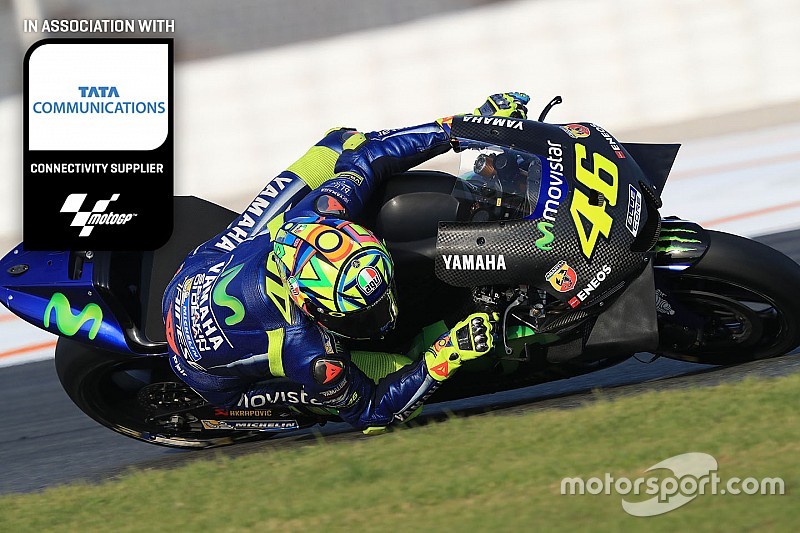 With grand prix motorcycle racing's championships all settled, attention is now focused on the Valencia MotoGP test - the most useful but also the most annoying part for teams and riders.

This time two years ago, all eyes were on Jorge Lorenzo the Tuesday after the last race of the season.

The excitement around his hugely-anticipated first experience with Ducati was comparable only to Valentino Rossi's debut with Yamaha ahead of the 2004 season - which had to wait for Sepang because Honda didn't allow him to ride for Yamaha in the '03 Valencia test.

This year, we will get to see how Lorenzo handles his first contact with Honda's RC213V.

This test might be more bearable for Lorenzo than his peers, because he comes back to Valencia fresh having missed four GPs due to the left arm injury he sustained in Buriram practice last month.

It should also be exciting for the four rookies moving up to MotoGP - Joan Mir, Fabio Quartararo, Miguel Oliveira and Francesco Bagnaia - as they begin work with their new teams.

But for those just finishing the grind of a full MotoGP season, the Valencia test is less appealing. There is no better moment to go on holiday than the end of the season, because it's the best time to break away and recharge your batteries.

Yet the tightness of the calendar and the regulation restrictions force teams and riders to stay on track. And those circumstances sometimes mean that these test sessions are done not under the most favorable mental and physical conditions.

"From the riders' point of view, this is the worst test we can do as we are very tired in every sense," explains Ducati's Andrea Dovizioso to Motorsport.com. "But as we do just a few throughout the season, and since the bike needs to keep developing, we have to do it.

"If you ride for an official team, this particular test is very important because some specific parts that will be applied in the upcoming year's bike are decided there."

As in 2017, the MotoGP family will stay at Valencia until Wednesday, then go to Jerez, where factories will keep developing their bikes for 2019.

November 28-29 at Jerez are crucial days in which to make decisions; in some cases, riders' feedback may lead the team to reject some pieces that can be very important.

Suzuki is proof of that risk - in the 2016 tests it took a wrong turn in terms of engine specification, and struggled with the consequences throughout '17.

"This test is really annoying, but official teams have to do it," adds Dovizioso, who will by the test be sharing the Ducati garage with Lorenzo's replacement Danilo Petrucci.

"The worst thing is that they demand a lot of things in a short period of time, but you really make the most of the time you have.

"If you work four hours in a row, they are four quality hours."