What we've learned from MotoGP testing so far

Marquez in another league

Reigning champion Marc Marquez seems without any doubt to be the man to beat. That's what post-season testing in Valencia suggested and since then the Honda rider has confirmed that status.

Clearly, Marquez remains the reference, which is how the likes of Andrea Dovizioso, Valentino Rossi and Johann Zarco see him, and his laptimes reflect it perfectly.

He is aware that his aggressiveness can help him when going for a single lap, but his strategy is based now on improving his race pace, something he tried in Malaysia and repeated in Thailand.

So far, Marquez is living up to one of the goals he set at the end of last year: crashing less than before. In six days of testing, he’s only crashed twice (once in Sepang and once in Buriram).

Despite having things in his favour, he's mindful of the case of Maverick Vinales last year, for example, and he always answers with caution. However, no one doubts that he’s the favourite for victory. 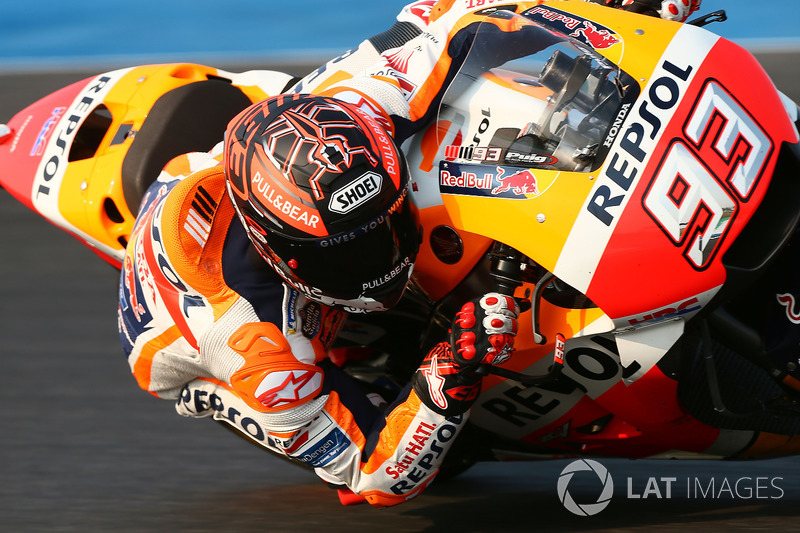 Last year's runner-up demonstrated last season that he is especially gifted at reading races and the evolution of seasons, and that includes throwing people off when there aren’t points at stake.

Dovizioso has already said he likes the new Desmosedici and has always been among the fastest riders, especially in Malaysia. Nonetheless, we will have to wait and see how big the step forward made by Honda in terms of power and speed is, as that is traditionally Ducati's strongest point.

If Honda becomes stronger in that area, Dovizioso will have more to think about at circuits where horsepower makes the difference. We'll see about this in Qatar, where Ducati has been always fast.

It will also be interesting to see the choices the Bologna marque makes there bearing in mind the diverging paths between Dovizioso and teammate Jorge Lorenzo in some parts of the bike. 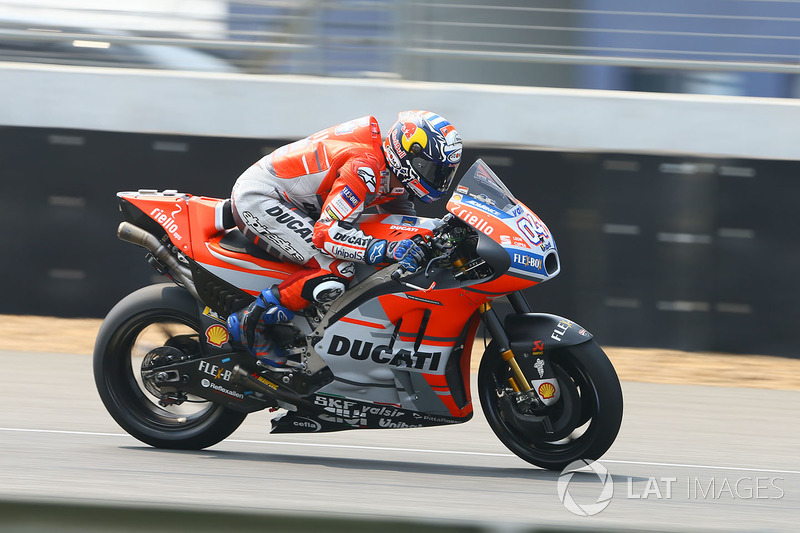 Lorenzo left Sepang with amazing feelings and he even set the unofficial lap record, but in Thailand he was brought back to reality.

At Buriram, the three-time MotoGP champion saw the negative point he believes this year's Ducati has magnified (a lack of front-end feeling) to the point where he insisted on returning to last year's bike.

As contract renewal talks loom, Lorenzo is aware that his market value is not the same as it was when Ducati lured him from Yamaha with a big amount of money in order to fight for the title.

In that sense, the Spaniard will have a hard time to convince his bosses that he is irreplaceable, especially when teammate Dovizioso is earning considerably less money and winning races. 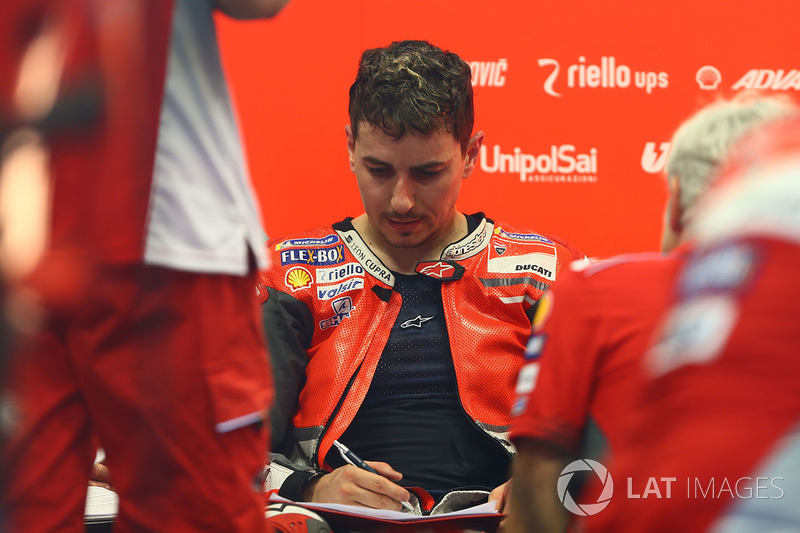 While Marquez looks out on his own, Tech 3 Yamaha rider Zarco is among the group of riders who would be able to fight for the podium if the championship started this weekend.

That's more than can be said for factory Yamaha men Rossi or Vinales, who were simply unable to extract as much speed from their 2018 machines as Zarco could from his two-year-old version.

On Saturday, Vinales thought he'd found the root of Yamaha's problem when he went fourth-fastest, but such proclamations turned out to be a false dawn as he slumped to 12th on Sunday and declared Thailand the worst test of his Yamaha career.

Rossi meanwhile emphasised that the source of Yamaha's problems was the electronics, although he said on Sunday that part of the M1's problem was down to the behaviour of the rear tyres.

Whatever the root cause, Yamaha is fast running out of time to have the issue fixed before the opening round of the season in Qatar. 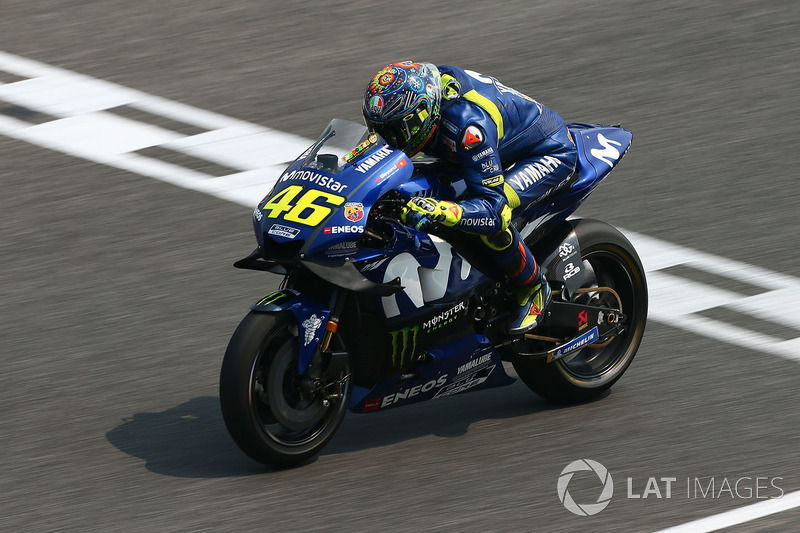 After having struggled last year due to a mistake in assessing and choosing its engine specification, it appears Suzuki has got it right this time - and this is reflected by the standings.

In that case, the man looking likely to lead the team's charge is Alex Rins, who after an injury-marred debut rookie season in 2017 is ready to make his mark on MotoGP. After starting well in Malaysia, he left Buriram with the fifth-fastest time.

Behind the scenes, Suzuki is clearly working a lot, as we could see with the exhausts they tried in Malaysia and in Thailand and a selection of new fairings: like Ducati, they have three available options in the aerodynamics department. 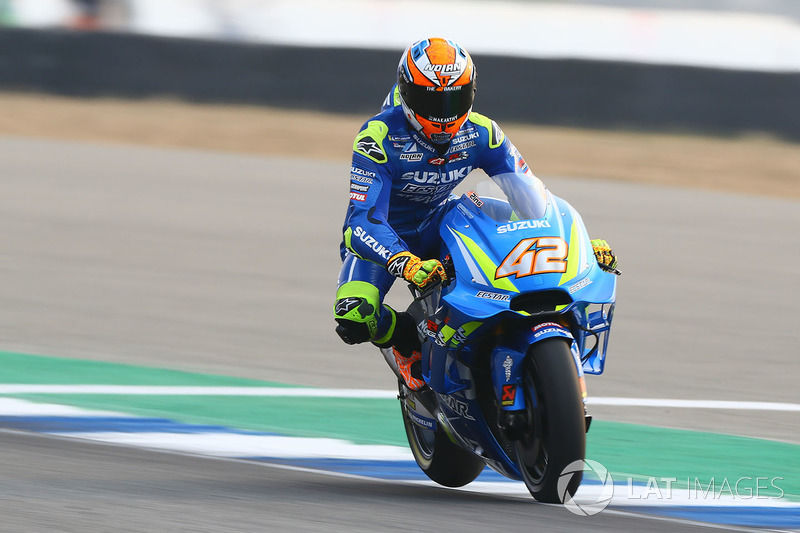