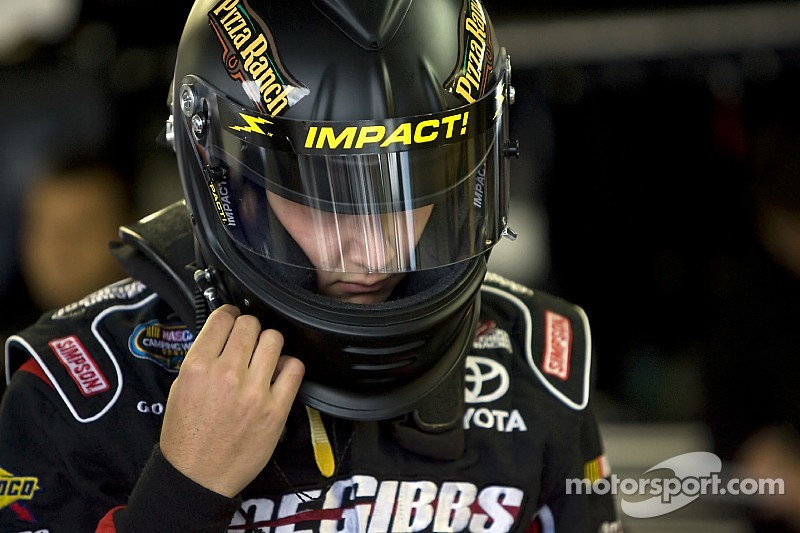 ATLANTA - Matt DiBenedetto will make his Sprint Cup debut in the No. 83 BK Racing Toyota at Atlanta Motor Speedway this weekend.

The 23-year-old Grass Valley, Calif.-native has 49 starts in the NASCAR Xfinity Series. DiBenedetto posted two top 10 finishes in the six NXS races he ran for Joe Gibbs Racing in the No. 20 Toyota between 2009 and 2010.

“It all came together last minute, but I got confirmation last weekend,” DiBenedetto told Motorsport.com. “I’ve been talking to BK for a while and we were finally able to put something together. I was fortunate to have a recommendation from J.D. Gibbs. He put in a good word for me with Ron (Devine, team owner).”

No, DiBenedetto has yet to compete in the Cup Series, however, he logged plenty of laps as a test driver while at JGR and for Michael Waltrip Racing and Ganassi Racing. In the K&N Pro Series East tour, DiBenedetto earned two wins (the first in just his second start), three poles, four top fives and five top 10s running just seven of the 11 events. His average qualifying effort was 2.7.

Last season, DiBenedetto ran nearly a full season on the NXS tour with Curtis Key’s The Motorsports Group. Although the team started as a start-and-park, it evolved to a full-time operation by mid-season. In June, DiBenedetto wheeled the No. 40 Chevy to an 11th-place finish at Elkhart Lake.

Getting the opportunity to run Cup is a move in the right direction.

“They were underfunded but I was around every week and put together some of the best finishes for them in the team’s history,” DiBenedetto said. “Now getting the opportunity to run Cup is a move in the right direction.

“I haven’t drove the Gen 6 car but I adapt to cars real quick. If it has four tires and a motor, I just jump in and give 100 percent. There will be 48 cars going in (at Atlanta), so it will be tough. I just have to make the most of the opportunity so hopefully, I can ran with BK for a long time.”

BK Racing co-owner Anthony Marlowe told Motorsport.com “it was an easy decision to give Matt a shot”.

“An overwhelming amount of his peers told us he had what it takes,” Marlowe said. “His development activity with JGR played a key role in our decision as well.”

Veteran crew chief Doug Richert will oversee DiBenetto’s transition. Richert led Dale Earnhardt to his first Cup title in in 1980. He finished 19th last week in the Daytona 500 with Johnny Sauter behind the wheel.

“He’s a cool guy,” DiBenedetto said. “It will be great to have someone that overly experienced to work with.”

DiBenetto will team up with veteran J.J. Yeley and fellow rookie Jeb Burton, who looks to make his first Cup start this weekend at Atlanta as well.