Erik Jones says he may have been flying under the radar this season but not now. 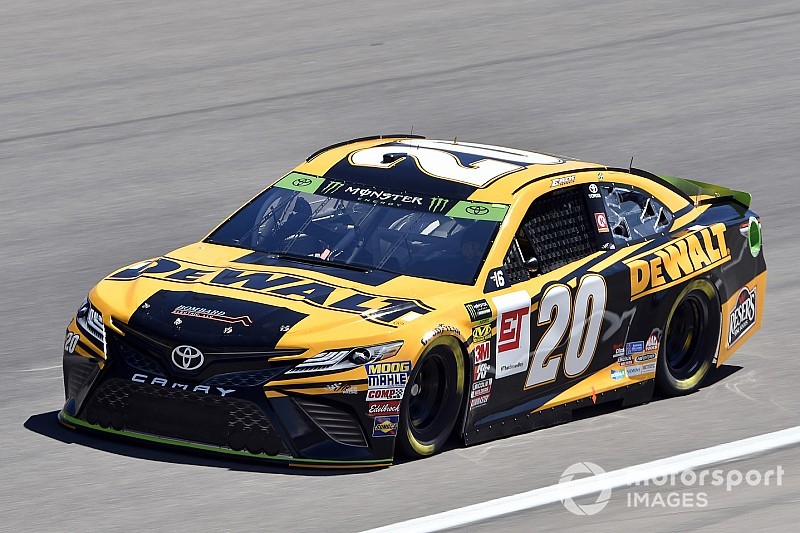 Jones, 22, sent a statement that his No. 20 Joe Gibbs Racing has the speed to compete for this season’s Monster Energy NASCAR Cup Series championship, rocketing to the pole for Sunday’s playoff opener.

The pole is the first of the season for Jones and second of his career (the other was at Bristol, Tenn., last season).

“I knew we had a good car in practice but I didn’t know if we’d get the pole,” Jones said. “The track kind of came to us and I thought I knew what we needed to do adjustment-wise. We got the (car) where it needed to be and put together a really good lap.

“You can’t start them off any better than that. We have a long ways to go this weekend but we got the speed to do it.”

Jones said knowing that his team has the speed to compete, they just need to “keep it rolling.”

“I feel like we’ve been kind of under the radar. We’ve been running really well and we just got to put it together for one really good race,” he said. “I think we can do that. We’re one to watch.”

Jones ended up rising to the occasion in the second round, turning in the fastest average lap speed (187.911 mph).

Both Truex and Kyle Busch were sitting outside the Top 12 when both made a last-minute second qualifying attempt. They each took the green-flag just before the 10-minute session officially ended.

They ended up posting the seventh and eighth-fastest speeds, respectively.

Among those who failed to advance were Brad Keselowski, who won the last two races, Clint Bowyer, Aric Almirola, Jimmie Johnson and Austin Dillon.

Keselowski said he still felt good about trying to make it three-in-a row.

“I feel good about this year’s playoffs, we just need to avoid the breakdowns and wrecks and those things,” Keselowski said. “I think we can do that.”

Harvick, the spring race winner at Las Vegas, led the way in the first round with an average lap speed of 188.778 mph.

Rounding out the Top 10 were Almirola, Blaney, Jones, Johnson and Keselowski.

Kyle Busch just made it into the second round, posting the 24th-fastest speed in Round 1. Busch had been complaining of his No. 18 car’s handling during the day in practice.

Reed Sorensen in the No. 7 Chevrolet failed pre-qualifying inspection twice and elected not to make a third attempt, instead making no qualifying attempt.

Take a virtual lap around Las Vegas Motor Speedway with the No. 78 Toyota Camry of Martin Truex Jr., courtesy of NASCAR Heat 3, which you can order now:

Kevin Harvick: "Why is the championship race at Homestead every year?"