Is a report of a possible NASCAR sale as stunning as it seems? 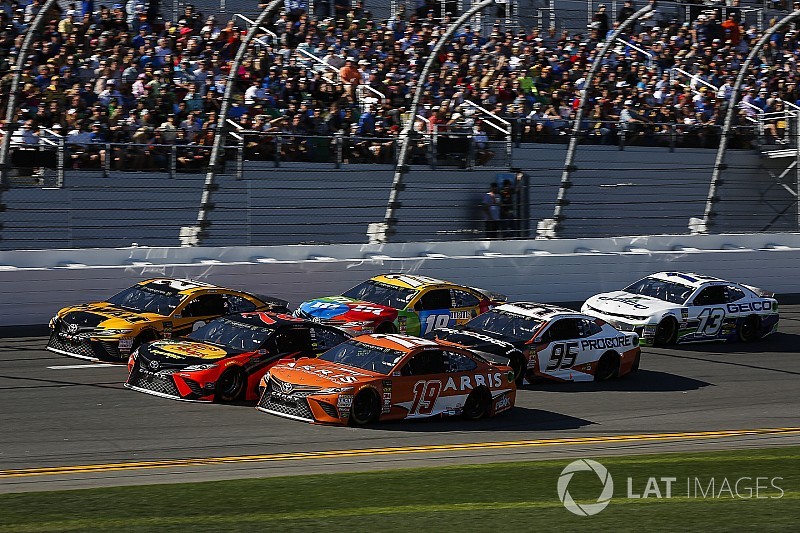 News on Monday that NASCAR had secured the help of investment firm to investigate a possible sale was considered a “bombshell,” but was it?

It depends on who you ask, or how much you pay attention to other forms of media.

While Reuters’ report on Monday was the first to specifically name the company – Goldman Sachs – with whom NASCAR was reportedly working to gauge interest in a sale, a local TV station in Charlotte, N.C., first raised the prospect of a sale in January during the annual Media Tour.

In its report, “Could NASCAR be in play for a new owner?,” WBTV Charlotte spoke with former Charlotte Motor Speedway executive H.A. “Humpy” Wheeler about rumors of a possible sale and he actually brought up the prospect there could be those on “Wall Street” that may be interested for the right price.

WBTV’s report never picked up any traction, however. Perhaps it was because the station’s request for comment from

NASCAR came with a stern, “not for sale” answer.

NASCAR officials have made no such on-the-record rebuttal this week to the Reuters’ report or to the multitude of media that have inquired since it first appeared. So far, every request has been met with a simple “no comment.”

News of possible sale surprising to those within NASCAR

Within the industry, however, many find it surprising that the current France family members would actually consider a sale.

Not to mention, it was less than two weeks ago that France family patriarch, Jim France, announced in a news conference in Talladega, Ala., that NASCAR would be purchasing the ARCA Racing Series in a deal that will be completed by 2020.

“This is my 38th year in NASCAR and I’ve never even heard rumblings of anything like this,” said former NASCAR crew chief and now Fox TV analyst, Larry McReynolds, on Monday’s “Race Hub” show.

“I pride myself on keeping my ear to the ground when I’m at the track, but I had not heard any rumors whatsoever over the last few weeks or months or since this season started.”

Labonte calls it a "shock"

Bobby Labonte, a former champion in both the Monster Energy NASCAR Cup and Xfinity series, echoed McReynolds’ comments on the show.

“I have been in that NASCAR hauler several times and have had talks with the France family at different times in my career, and this is definitely a shock,” Labonte said.

“I’ve never heard this talked about or even had any inclination about it. As long as I’ve been around the sport, I’d never heard about it. This is news to me.”

While many have cited NASCAR’s declining TV and at-track attendance numbers, live sports content with a dedicated audience is till the lifeblood of TV sports networks.

When it comes to online streaming of content and other digital content platforms, NASCAR lags behind some of its professional sports brethren.

There remains an opportunity for a potential investor to re-invest in the sport in hopes of re-engaging its once sizable viewing audience.

No reason to be nervous

It shouldn’t be surprising the France family is interested in determining whether there remains a market for its product. Determining its potential worth and actually pulling the trigger on a sale are two very different things, however.

Still, there is little reason for fans or even participants to be nervous of this week’s news.

Drivers are likely to remain focused on the business at hand, Labonte said.

“Maybe there are car owners or track owners thinking about it more, but as far as drivers go, I think NASCAR racing will continue whether it’s with a different owner or not,” he said. “As a driver, I’m still racing week-in and week-out, going for a championship or a win.”

NASCAR offers no comment to reports of possible sale of series