Over half the Sprint Cup field will run special throwback designs for the Southern 500 at Darlington Raceway.

The Southern 500 at Darlington is one of the most prestigious races in all of NASCAR and this year, a new tradition has been started as the race returns to its traditional Labor Day Weekend date. Most of the cars entered will be running some kind of retro, throwback paint scheme.

The event itself is still a week away, but 30 designs have been released, plus a special look for the Goodyear tires. Be sure to VOTE HERE for your favorite scheme after checking out the following gallery.

Celebrating a 25 year partnership between Miller and Penske, Brad Keselowski's scheme goes back to the No. 22 Miller High Life car NASCAR HOFer Bobby Allison made famous in the 1980's. 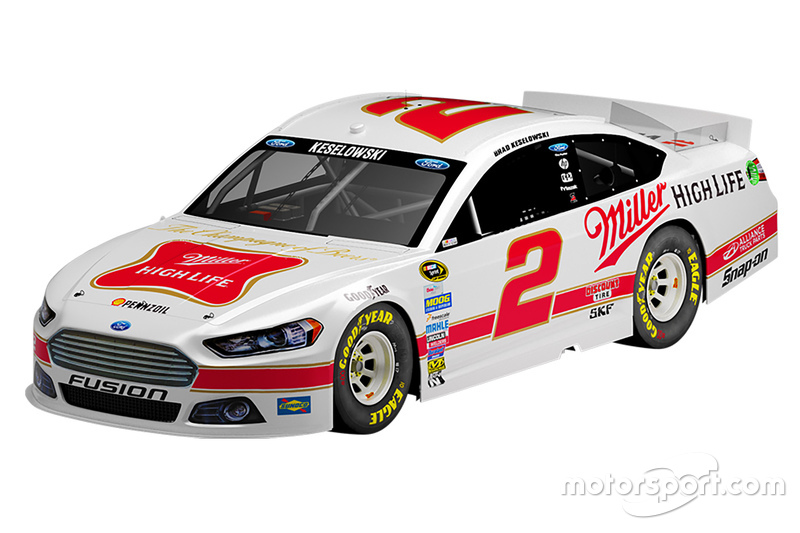 Austin Dillon's retro look is a reminder of the very beginnings of Richard Childress Racing. Back when his own grandfather was behind the wheel of the No. 3 and before anyone in NASCAR even know the name 'Dale Earnhardt.' 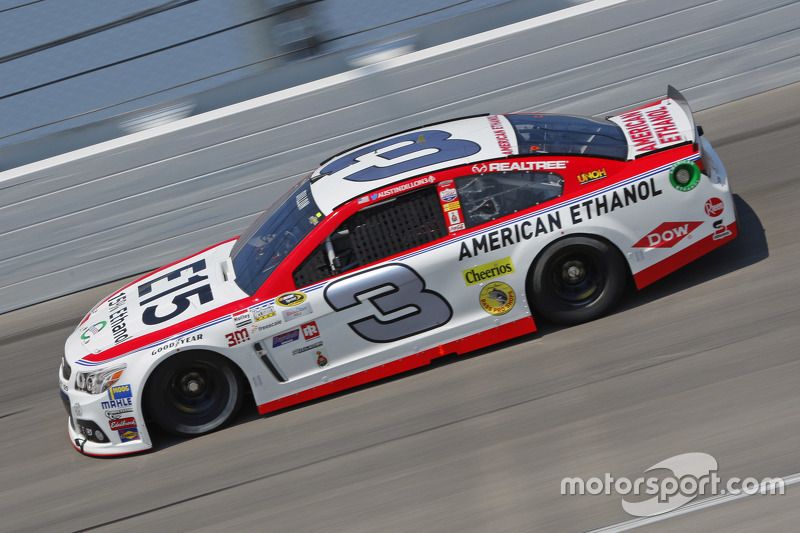 Kevin Harvick's golden No. 4 mimics the look of the first can of Budweiser ever produced. He is the reigning Sprint Cup champion and also the defending winner of the Southern 500. 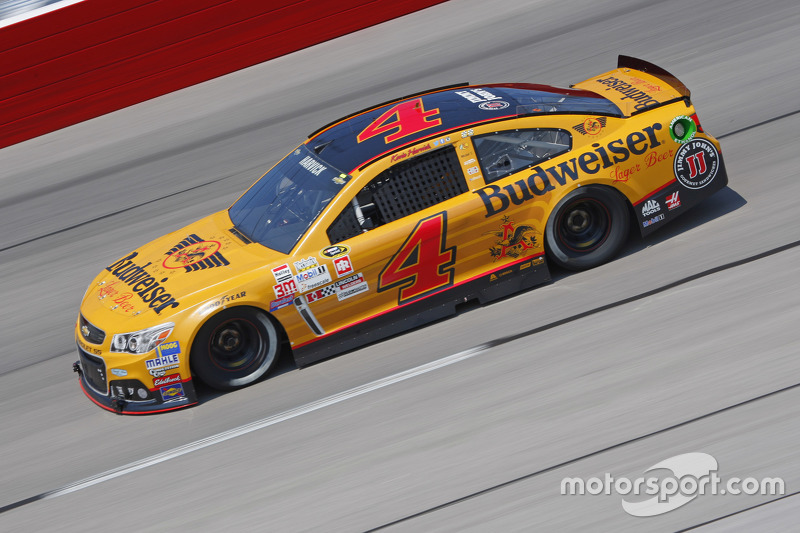 Kasey Kahne's No. 5 scheme has a special meaning to Rick Hendrick. Geoff Bodine drove a No. 5 with this same look during Hendrick Motorsports' first season, back when they were known as All-Star Racing. 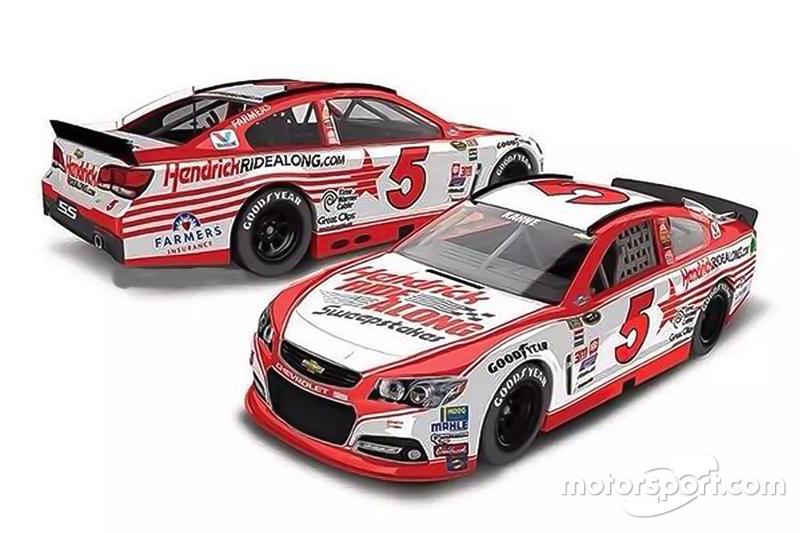 Trevor Bayne's look echoes back to one of the most recognizable paint schemes in the history of Roush-Fenway Racing, driven by Mark Martin. 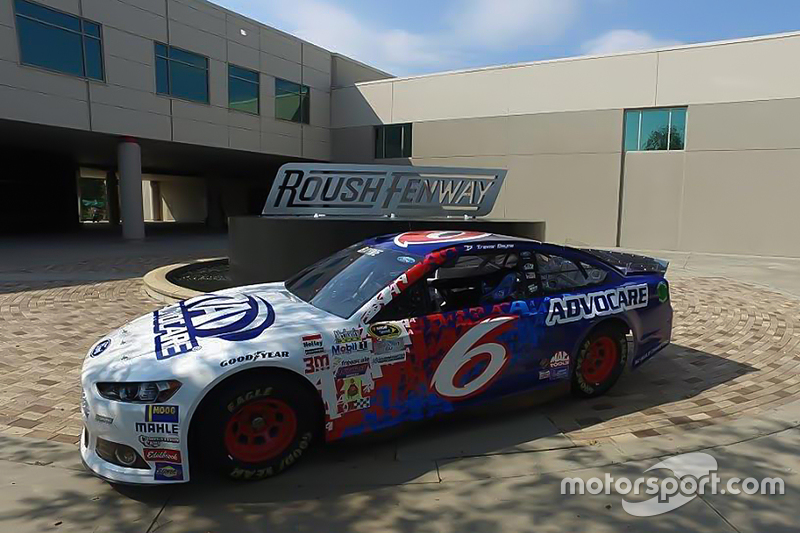 Take a close look at the side of Alex Bowman's car. This stock car is attempting to be a modified, while keeping all its bodywork. Tommy Baldwin's (team owner) father was a well-known modified racer and his nickname 'Tiger Tom Baldwin' can be seen above the door of this No. 7 car, the same number he ran. 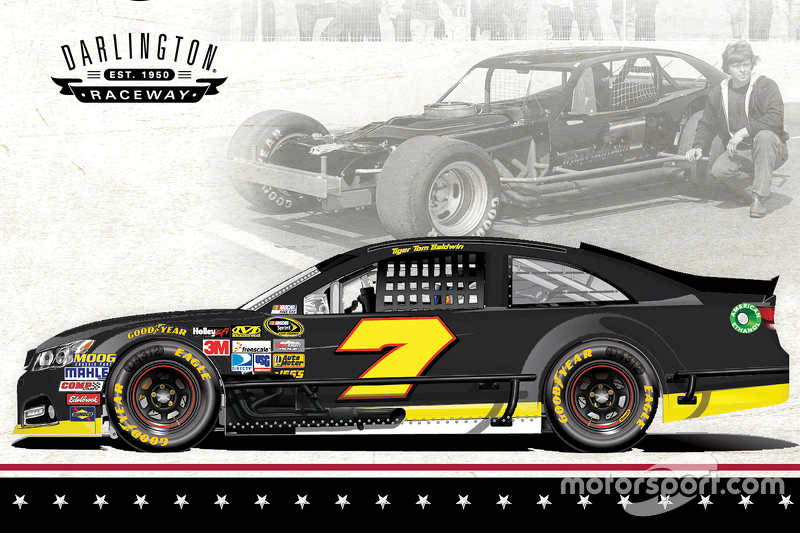 Sam Hornish Jr.'s ride is made to resemble the Winn-Dixie machine Martin drove to 39 of his 49 Xfinity victories. 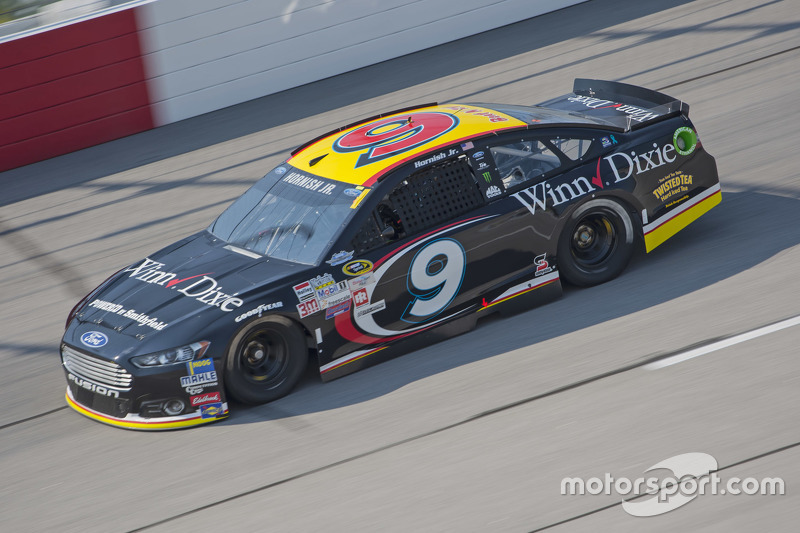 Danica Patrick's bright green and orange No. 10 will take on a much darker look at Darlington, playing off the nickname for the famous race track (The Lady in Black), but it also brings us back to the black/green color combo seen on her older GoDaddy cars. 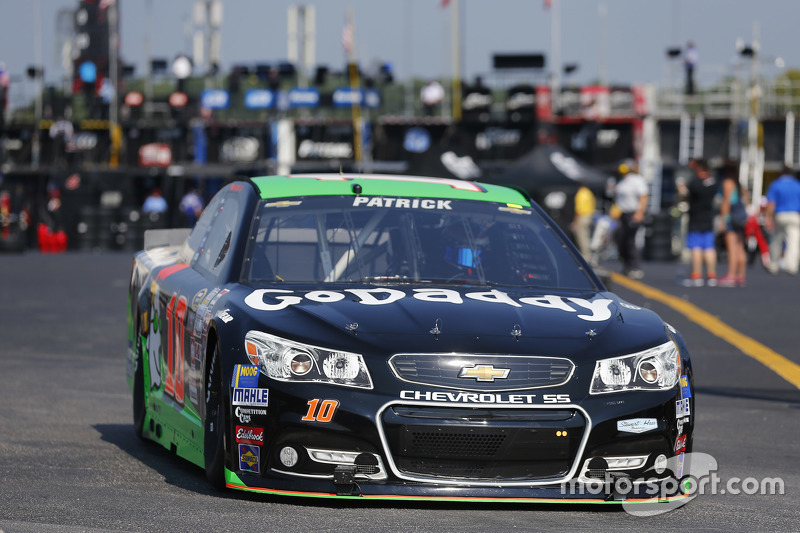 Denny Hamlin's No. 11 colors are inspired by another No. 11 car - the one NASCAR legend Cale Yarborough carried to the win at Darlington in 1974. 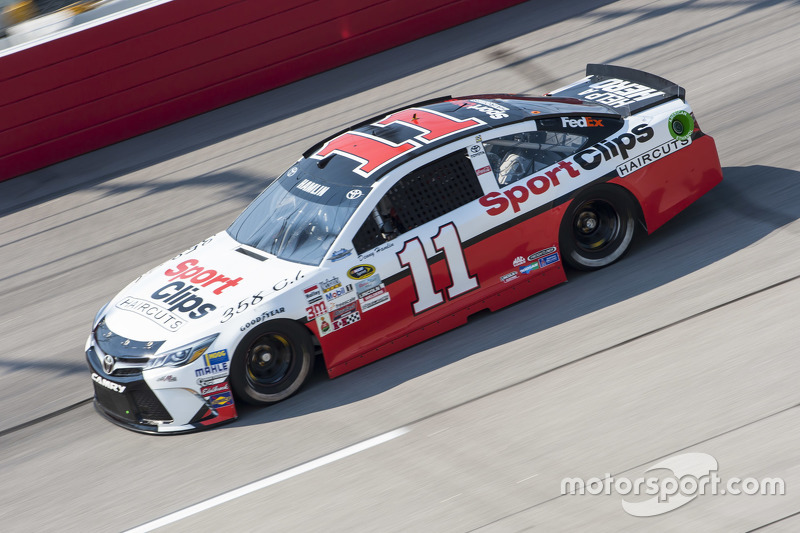 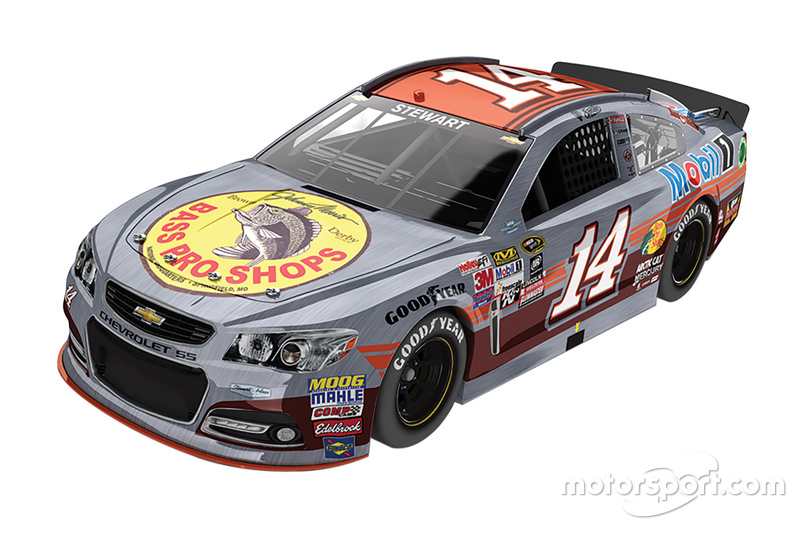 Earlier this month, the NASCAR community lost Buddy Baker and Clint Bowyer will pay tribute to him through a paint scheme Buddy ran back in 1974 while driving for Bud Moore. 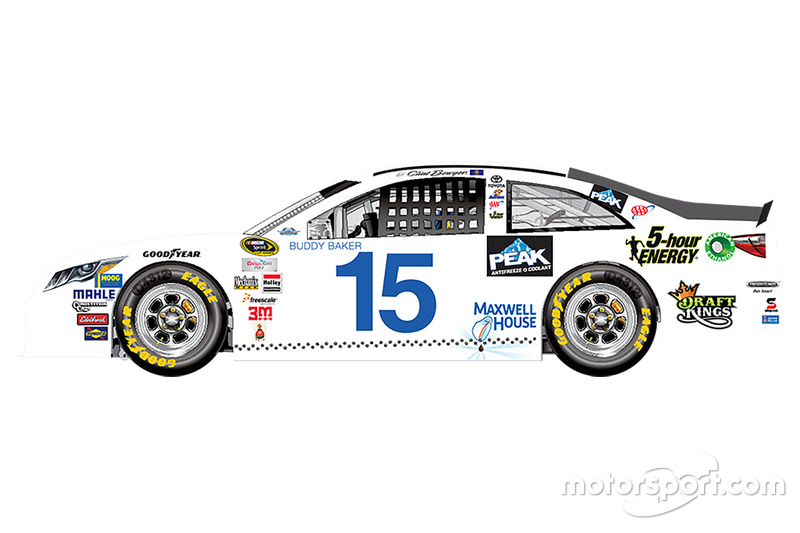 Greg Biffle's paint scheme is a throwback to nearly a century ago, complete with the colors of Ortho's first sales cars and the original company logo. And the number is a throwback to Tiny Lund's ride from the mid-1950's. 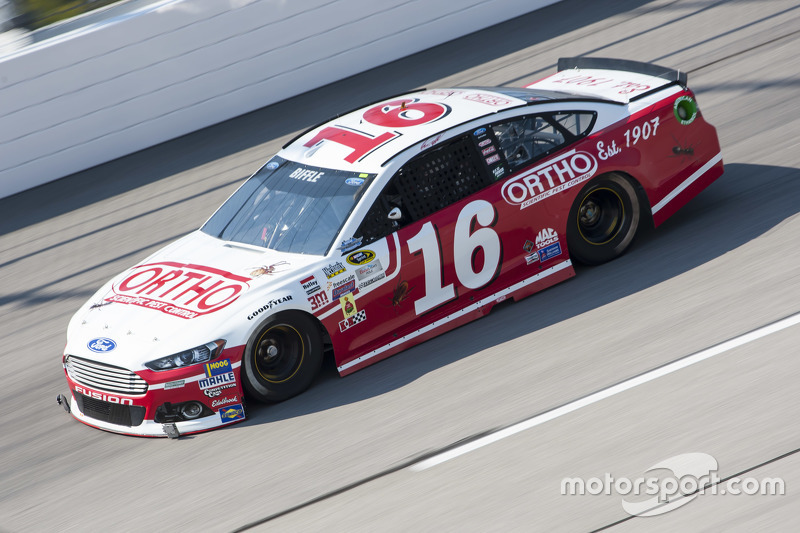 Ricky Stenhouse Jr.'s No. 17 mimics the signature blue and gold No. 17 David Pearson piloted to two of his three championships in 1968 and 1969. 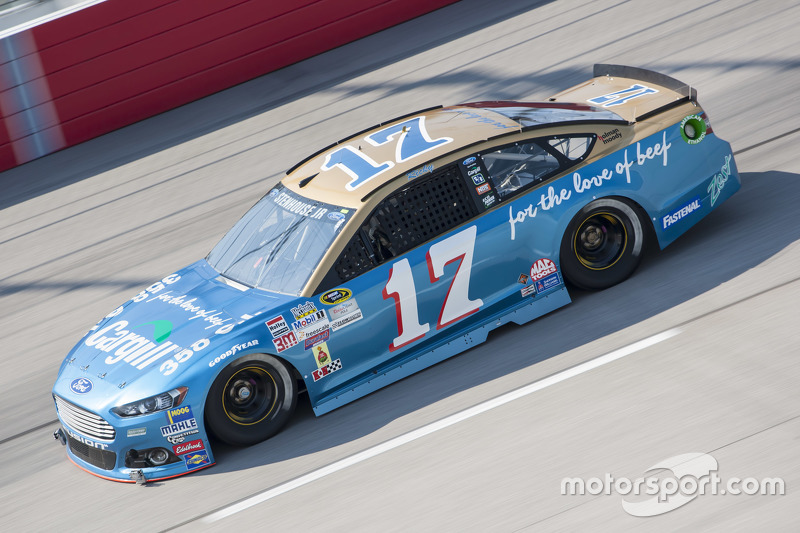 You have to look hard to see what's so special about Ryan Blaney's car. The car depicts the Wood Brother's 65-year history in NASCAR with over 2,000 images within the Snap-On design. 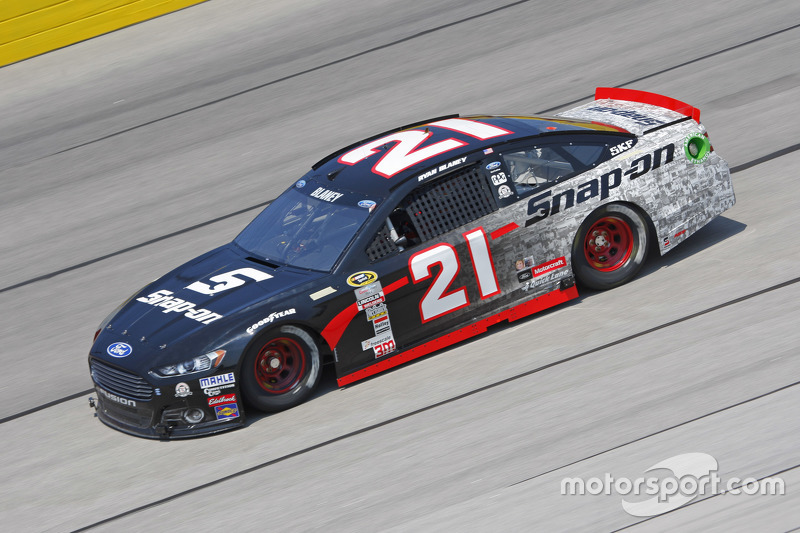 This No. 22 Ford Fusion of Joey Logano is a throwback of a different kind - it has nothing to do with NASCAR. This scheme is a throwback to to the Shell-backed Porsche 962C, which is best known for its participation in the 24 Hours of Le Mans. In 1988, three cars with this design took to the famed Circuit de la Sarthe with drivers such as Mario and Michael Andretti, Derek Bell and Bob Wollek. 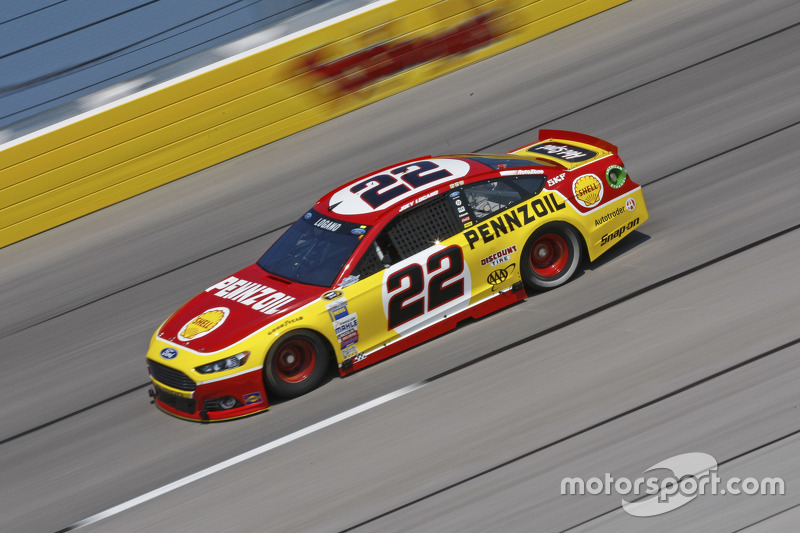 Without reading the side of this car, you may think Jeb Burton is driving a car backed by CAT. Well that's because his father Ward ran this scheme throughout most of his career with Caterpillar as a sponsor, including when he won the 2002 Daytona 500. 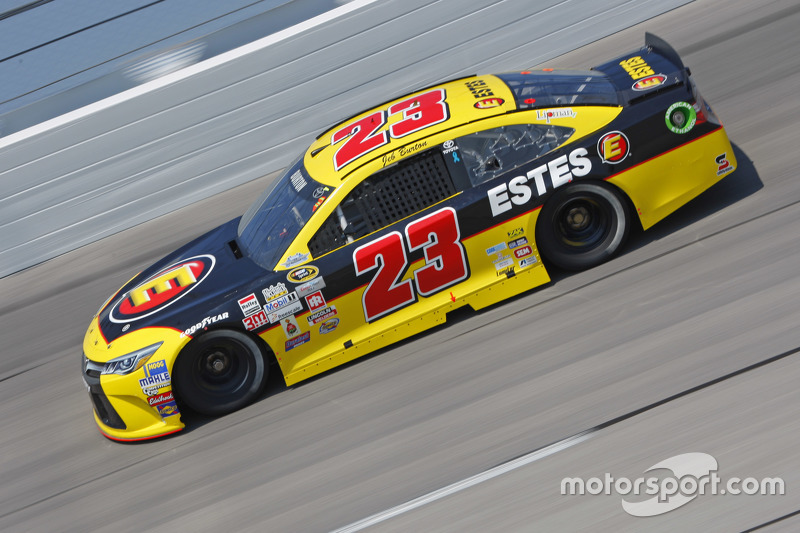 The colors, sponsor and number are different, but Chase Elliott's No. 25 is a play off the same design his famous father Bill had when the Winston Million in 1985, such as the angled sponsor name at the rear of the car. 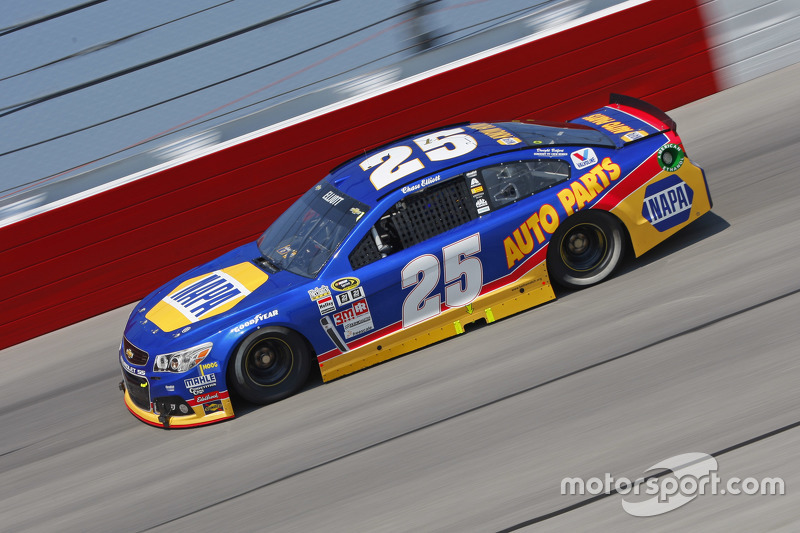 Paul Menard's No. 27 isn't just an old Menards look - it's the color scheme his father's open-wheel car ran in the early 1970's. 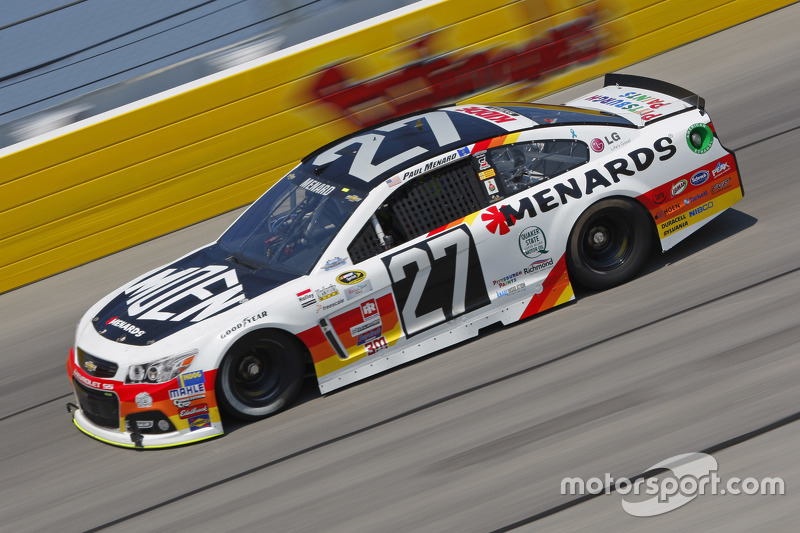 Ryan Newman's Caterpillar-backed No. 31 is what the company's heavy equipment looked like in the 1970's. 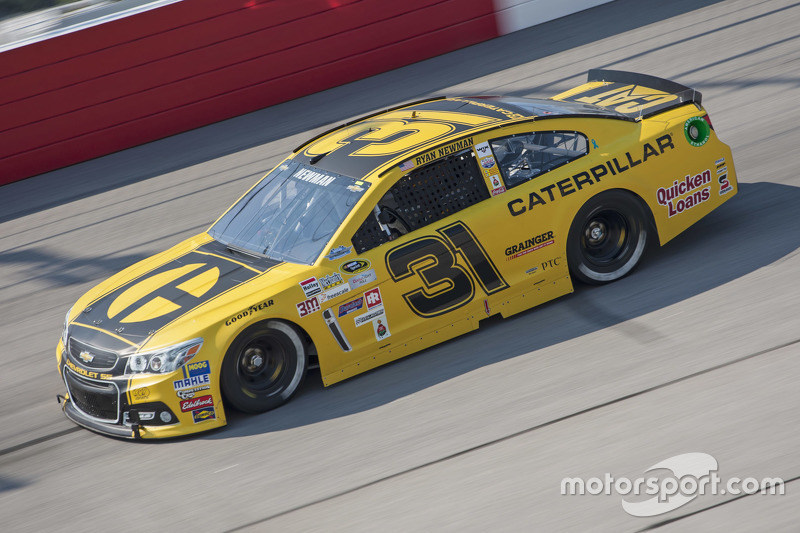 This color scheme for Josh Wise was involved in arguably the most incredible moment in Darlington history when Ricky Craven drag-raced Kurt Busch to the finish line in a spectacular photo finish, full of contact back in 2003. 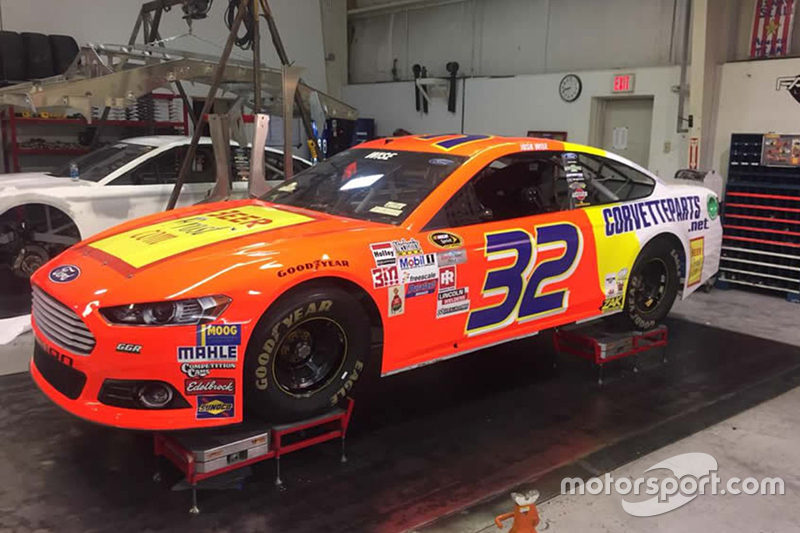 The Skoal Bandit is back! Mike Bliss' No. 33 is throwing back to the days of Harry Gant, Hal Needham and Burt Reynolds. East bound and down to Darlington Raceway. 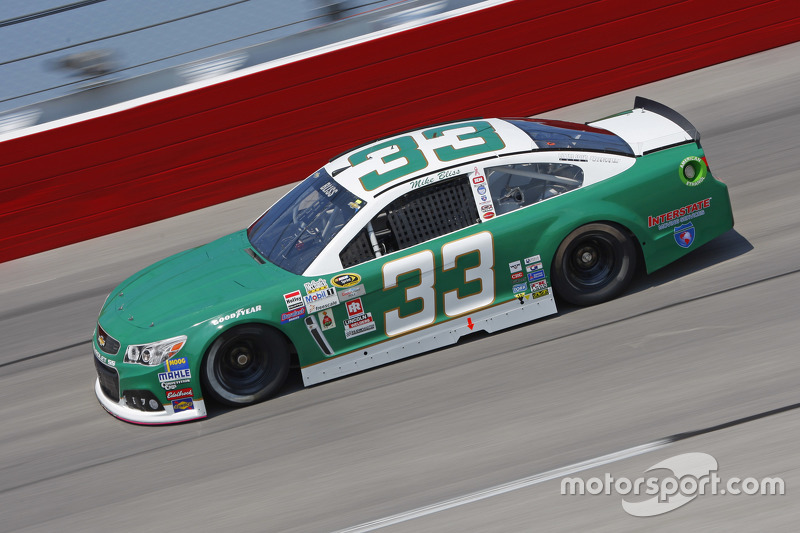 Landon Cassill's patriotic No. 40 is a throwback to the car Sterling Marlin ran at Kansas following the 9/11 terrorist attacks in 2001. 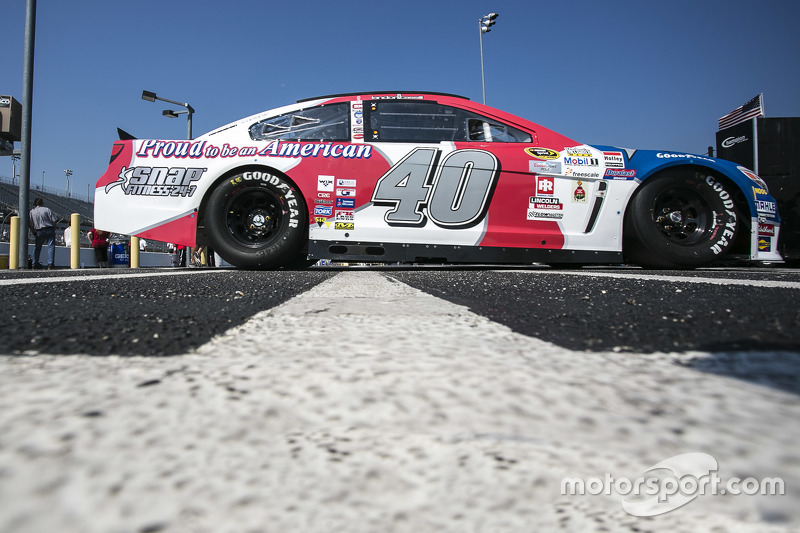 If you remember Haas CNC Racing (before Tony Stewart), then you probably remember this car. Kurt's look is the same Jack Sprague ran back in 2002, the year the team made its NASCAR debut. 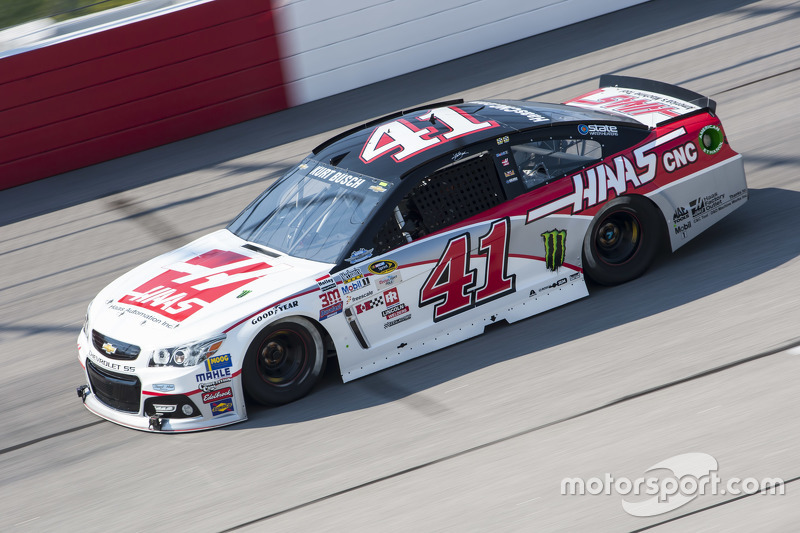 Mello Yello returns to the track with Kyle Larson. This look was incredibly popular after the Days of Thunder movie with Tom Cruise, but continued to be put in the spotlight by Kyle Petty from 1991 to 1994. 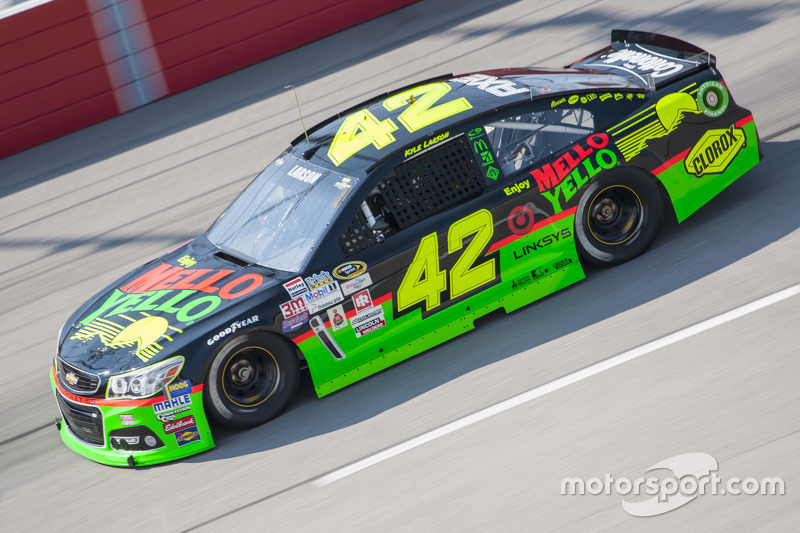 Not much has to be said about this one ... Richard Petty's iconic blue and red STP-sponsored No. 43 folks. 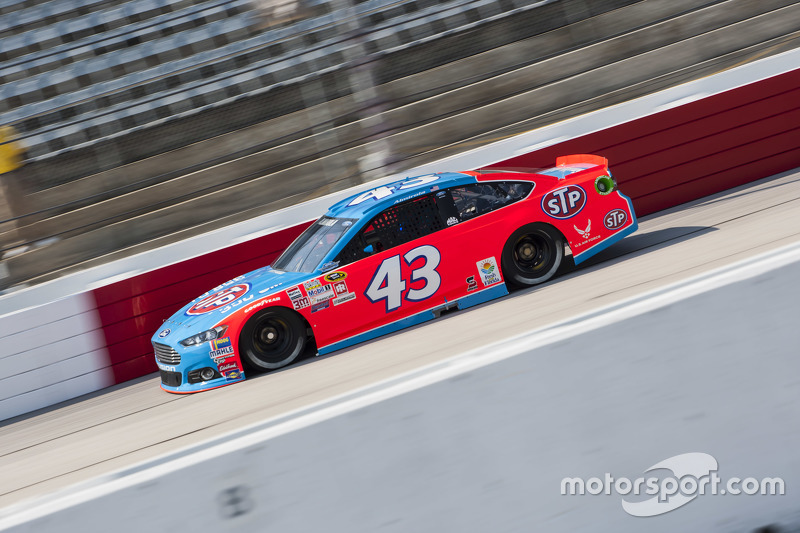 Michael Annett's scheme goes back to the early days of Pilot (long before merger) when it was known as Flying J. 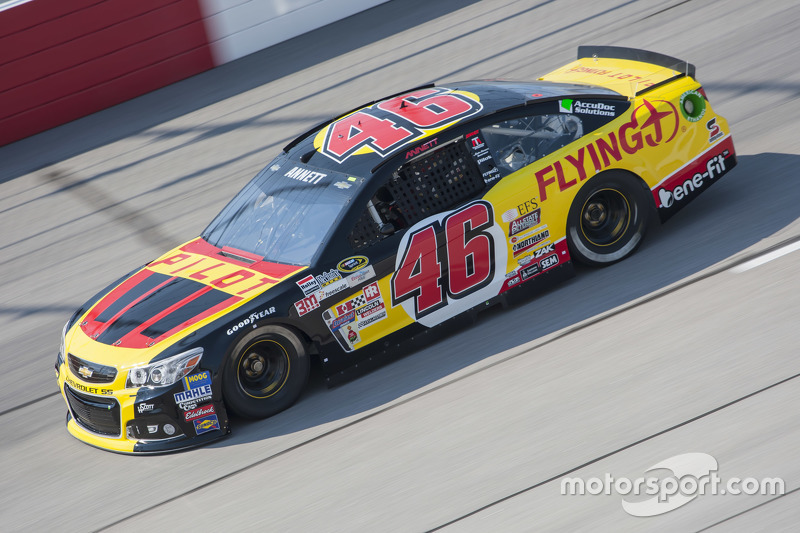 Jimmie Johnson and Lowe's have decided to go back to the early days of the home improvement store with a look resembling the 1940's and 1950's logo. 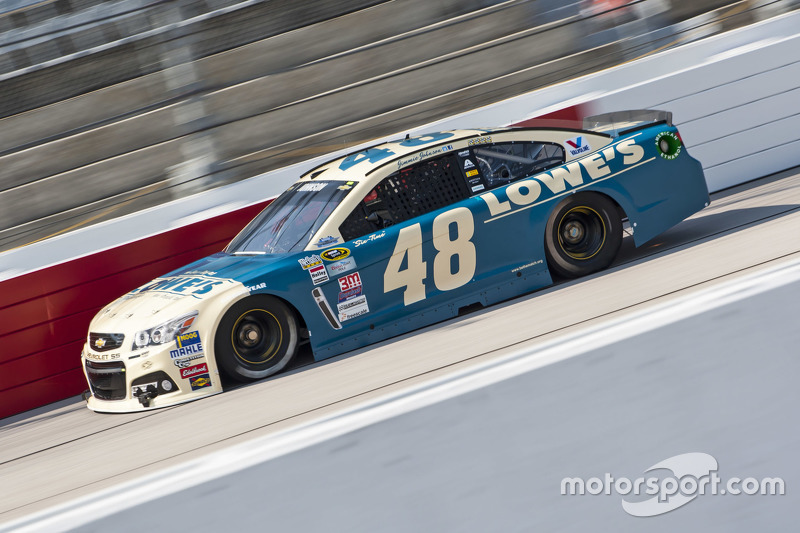 Justin Allgaier's car may not look very different, but it's been slightly tweaked to resemble the red No. 51 A.J. Foyt piloted in a handful of races in the 1970's. 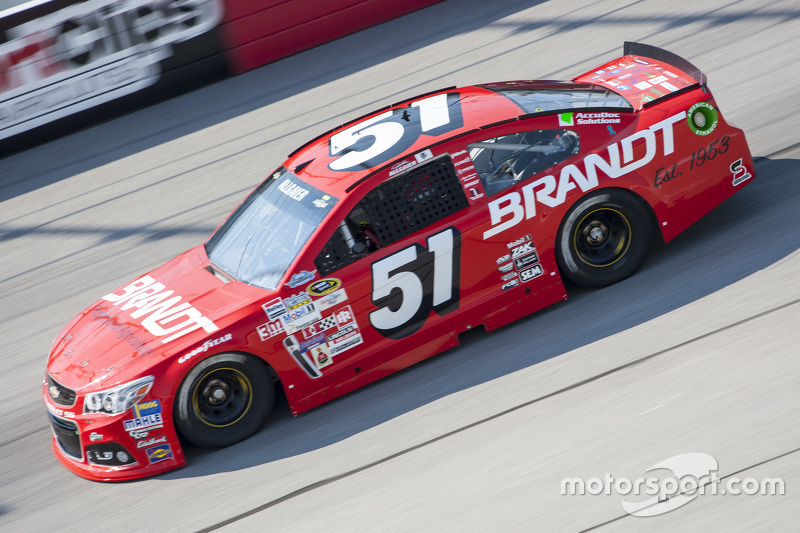 David Ragan is a second-generation racer. His father Ken drove a No. 77 that looked a lot like this back when he was racing at the Cup level in 1987. 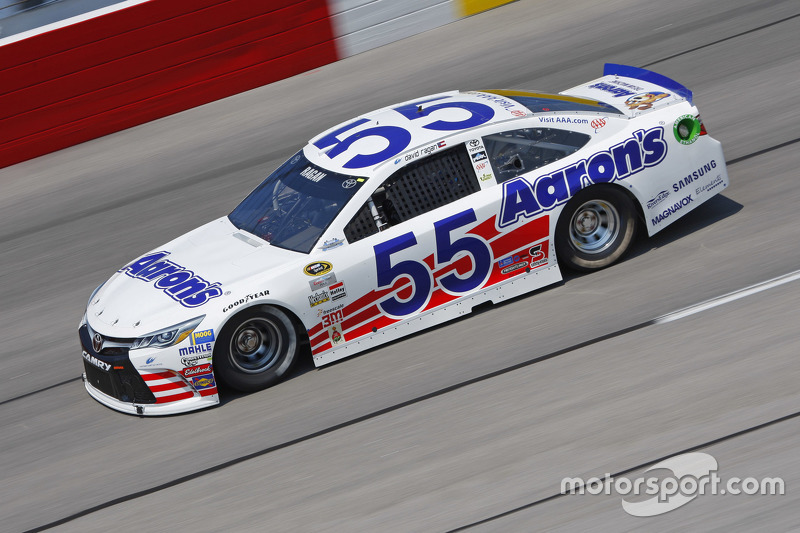 One of the more famous color schemes in NASCAR history will join one of the sport's most famous drivers at Darlington as Valvoline returns for a one-race deal with Dale Earnhardt Jr. The look is reminiscent of the one seen piloted by some true legends of the sport during the 1980's. 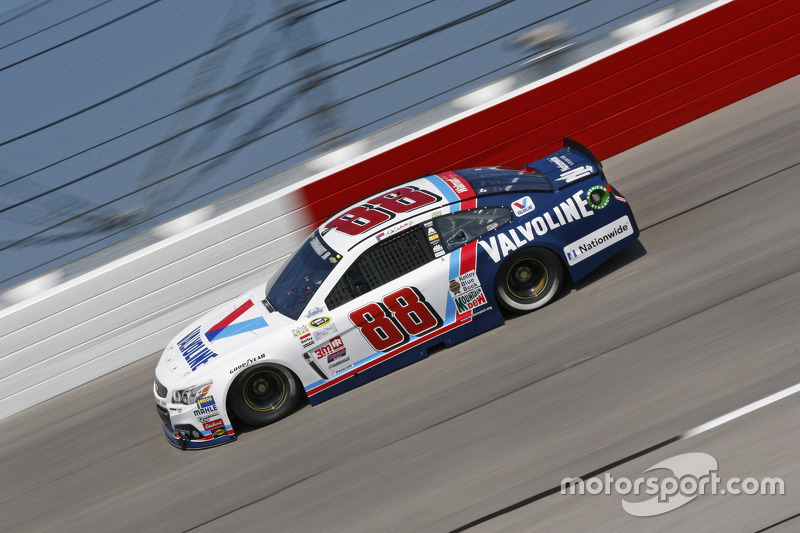 Bowman leads off a HMS top-four sweep at Dover