Roundtable: The playoff field will be decided at IMS 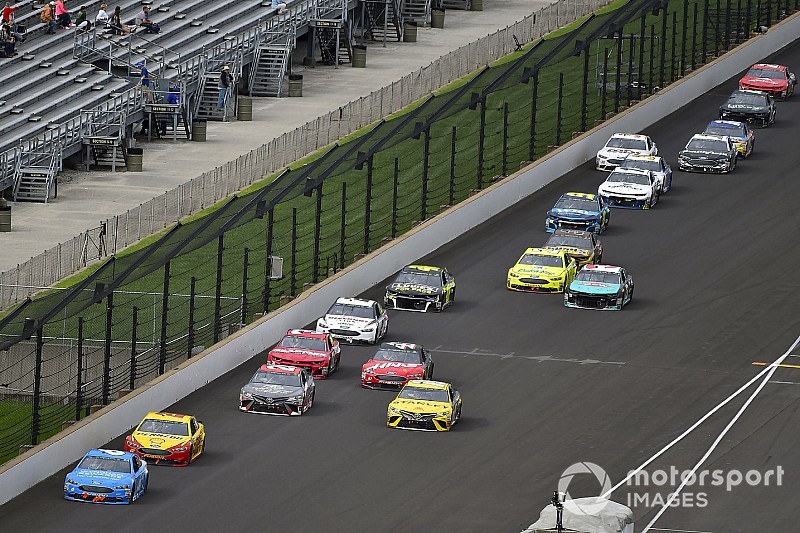 The NASCAR Roundtable is back ahead of the regular season finale at Indianapolis Motor Speedway.

1. It's the last race to make the Cup series playoffs - what will be the biggest surprise, who makes it or who doesn't it (and who will that be)?

Jim Utter: I think the biggest surprise will be in who makes it. I still think Jimmie Johnson will find a way to get into the playoffs and extend his streak. He has four wins at Indy and really showed race-winning speed all weekend at Darlington until being caught in a late wreck. Johnson is going to take this down to the wire.

Nick DeGroot: Jimmie Johnson, although expected to miss it, will still be a surprise. It will be the first the playoffs have not included Jimmie Johnson since they were introduced in 2004, which is remarkable. It's strange to think that the No. 48 may not be a part of the discussion.

Tim Southers: I think one of the biggest surprises would be in Paul Menard can pick up his second Cup Series win at the Brickyard this weekend and know a driver on the bubble out of the playoffs.If Menad doesn't score the win, I think watching Jimmie Johnson either make or miss the playoffs will be the biggest story of the race on Sunday.

2. Given what we have seen so far, if Jimmie Johnson doesn't make the playoffs, what kind of season will we see from him and his team the remainder of the year?

Jim: I do not in any way see Johnson or the No. 48 team "mailing it in" should he not make the playoffs. In fact, I think Johnson's resolve will only grow stronger in wanting to show everyone that he can still win races. I look for that team to get better regardless of whether it's in the playoffs.

Nick: They will be gunning hard for race wins. Johnson is hungry to get back to Victory Lane and I see that as their main goal, as well improving their program for the 2020 season.

Tim: I think if Johnson doesn't make the playoffs I really would be surprised to see him finish the season without a win. I know he has nothing left to prove in the sport, but I still feel he has a desire to win races and compete for titles. I expect him to focus on running well with his new crew chief and get ready for the 2020 season.

3. This will be the Cup series' first race at Indy with the new aero package. The Xfinity races in recent years with the package have been entertaining, will the Cup event be the same?

Jim: I've been hesitant to make predictions with this package as it's been hit-or-miss at some tracks but Indy seems he perfect fit for what the new package was designed for. The same package in Xfinity has been good each year it's run there. I'm expecting a solid race and glad the Xfinity cars kept the package there as well.

Nick: I feel like Indianapolis is one of the tracks this package is actually aimed at and will be a good way of improving what has usually been a lackluster race. The draft will be huge, restarts will be intense and the finish should be close.

Tim: Who knows? I really hope so. If we're lucky enough to get a Cup Series race like the Xfinity race was last year and the year before, then I think there will be a lot of happy fans on Sunday night.

4. Christopher Bell and Cole Custer are once again tied for the most wins in Xfinity (6 apiece), do you see one breaking that tie at Indy, or a different winner?

Jim: My pick for the Xfinity race at Indy is Tyler Reddick but I think everyone may be battling for second as Kyle Busch is entered in the event, which has has won three of the seven times it's been run.

Nick: I agree with Jim. I believe neither Custer or Bell will add on to their win tally this weekend with Kyle Busch entered into the event. That No. 18 will be very difficult to beat.

Tim: It's hard to bet against those two right now. If there is a surprise I would say it will be Justin Allgaier. The JR Motorsports driver has been too fast and strong to not have a win yet this season. Bad luck and bad breaks is about the only thing to keep him out of Victory Lane. If he can get through a race without any bad luck, I expect him to challenge for the win.