MIS has been one of Roush Fenway’s most successful tracks

No track on the NASCAR circuit has been more successful for the Roush Fenway Racing organization than Michigan International Speedway (MIS). The organization’s 11 Cup wins at the two-mile moderate-banked D-shaped speedway located in the Irish Hills of Michigan are the most in the team’s celebrated racing history. 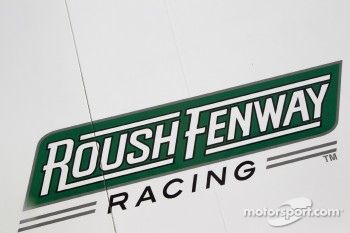 Combined, Roush Fenway has collected 20 wins, 77 top fives, 124 top 10s and six poles, while leading almost 3,000 laps in combined NASCAR competition at MIS. The success is fitting for team owner Jack Roush, who’s Livonia based Roush Industries is located just down the road from the speedway.

“There is some anxiety whenever I go to Michigan,” said Roush. “Because we have been so successful, it is almost like you are expected to win and if you don’t then you wind up feeling worse about that than you would for some race track where the expectations weren’t so high.”

Roush’s racing team needed just three years after its inception in 1988 to break into the win column at Michigan, with Mark Martin taking the checkered flag in the No. 6 Ford in August of 1990. Martin would be the first of nine different drivers to win for Roush Fenway in NASCAR action at MIS, and the first of five drivers to win in the Cup series for Roush Fenway at Michigan; three of which will drive for the organization this weekend (Matt Kenseth, Greg Biffle and Carl Edwards). The victory would also be the first of 20 for Roush at the track he affectionately calls ‘home.’

The wins for Roush at MIS break down to 11 in the Sprint Cup Series, four in the Nationwide Series and five in the Camping World Truck Series.

“All of our wins at MIS have been special,” said Roush. “It is in front of our home crowd. It’s in front of our Roush Industries associates, Ford Motor Co., Chrysler and GM. It is good to race in front of the home crowd where all of our friends and people we like to have supporting us are paying attention.”

Roush would like nothing more than to see his team break back into the win column this weekend at MIS.

“I hope we will be able to break through at MIS and win again,” said Roush. “I would love to get another win for Ford and of course another win for us there, where we have had a great deal of success.”

Tony Stewart Has The Formula For Michigan Success