The King turns 80: Richard Petty gets his birthday wish 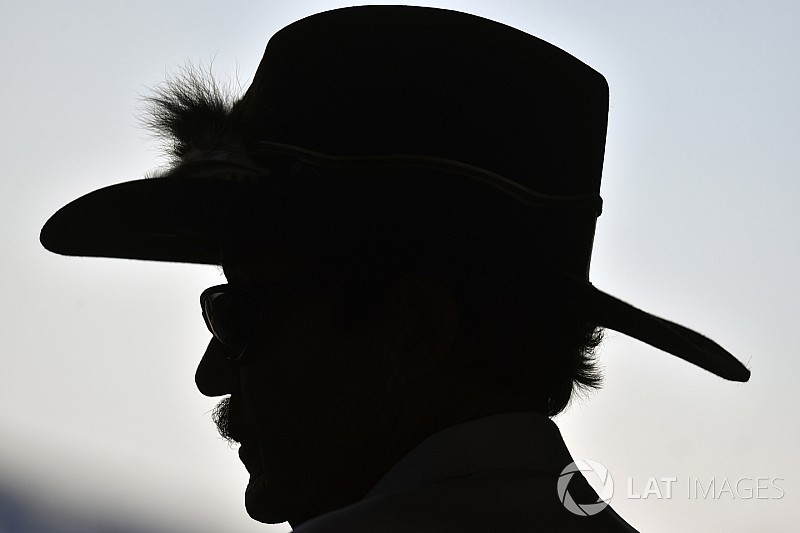 Richard Petty got his birthday wish.

Instead of waiting for the skies to clear at Daytona International Speedway on Saturday night, the Coke Zero 400 went off without a hitch.

And NASCAR’s King was able to spend his 80th birthday at home with friends and family.

“I’m going home to get away from everybody,” Petty told Motorsport.com. “There won’t be no celebration. I don’t know what they have planned. But I plan on going home and going to the lake. We have a place at the lake and I haven’t been down there all summer. So I plan on going down there for a couple of days.”

While most octogenarians would choose to spend their golden years at the lake or in the mountains or a secluded beach somewhere, Petty continues to spend his weekends at the race track. He’s been a fixture since joining his father — fellow champion and Petty patriarch Lee — at the very first strictly stock race at Charlotte Speedway in 1949. It was three weeks before Richard’s 12th birthday. Lee Petty finished 17th.

Nine years later, Petty, then 21, embarked on his own career. He raced for 35 seasons and won 200 races before transitioning solely into an ownership and ambassador role.

After seven decades, Petty’s passion for stock racing hasn’t changed, but the sport has. The only aspects he finds in common with the racing of his day are the green flag that starts the race and the checkered flag that ends it.

“It’s a different world now,” Petty said. “It’s all technical, money, that kind of stuff. I don’t feel the dedication of a lot of the people, drivers, everybody like there used to be they’re looking at this as ‘show-time’ and the monetary deal.

“When our crowd came through, they were just looking at earning enough money to get to the next week. They weren’t looking at making millions of dollars, of being heroes. None of that. But everyone’s life is different than it used to be.”

Still, Petty doesn’t have advice for the next generation of racers.

“We worked for a living,” Petty said. “They work for a living. Nobody gives anybody anything. But to hear people talk today about being ‘burned out?’ They don’t even know what that is. We spent 24 hours a day, 12 months a year, just to put food on the table. They don’t have to worry about that now.”

For those around him, just keeping up with the seven-time champion these days is a challenge, given his speedy gait and endless energy. Wherever he is, whatever he’s doing, he always has time for the fans. Petty said on Friday, someone estimated he’s signed more than a million autographs in his day. He considers the gesture a way of showing gratitude to the fans.

“If it wasn’t for the fans, you’d probably have to go to work for a living,” he said.

Check out these two videos on Richard Petty. Click on the images below to watch.

Here the King reflects on his career. Click on image below to watch.

RCR and its affiliates fill the top ten at Daytona