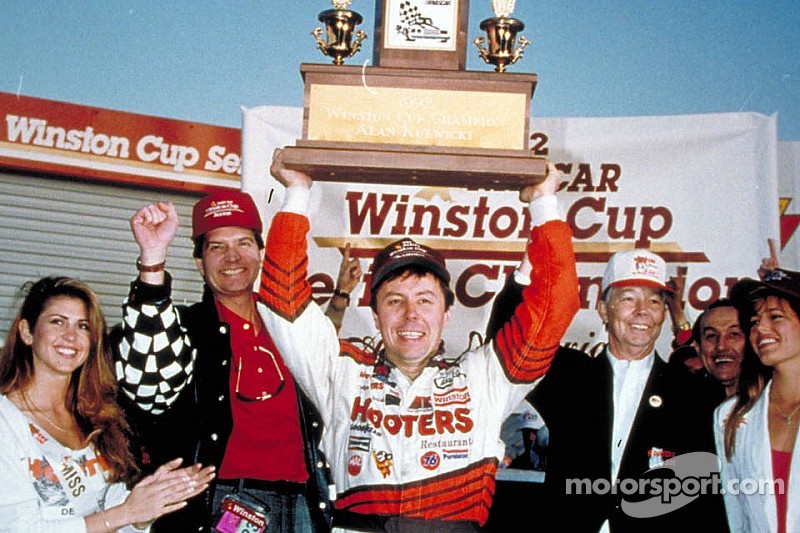 With many great championship stories to tell, Motorsport.com lists the favourite five, heading into what is looking to be another classic championship shootout.

Kevin Harvick. Joey Logano. Ryan Newman. Denny Hamlin. Those are the four guys who can walk away with the title this year. And I mean CAN. Not like one just has to start the race, or another has to finish 6th or better. It's one race. All in or all done.

We may be looking at anther instant classic.

But with that said...what are some of NASCAR's best championship stories?

It was the first year of the Chase, and things were already looking good for the new format. There was plenty of exciting new stories to be followed.

But the most exciting of all came to the final weekend at Homestead Miami Speedway. Kurt Busch has to finish infront of the Jimmie Johnson team. All is going well until a vibration that brings Busch to the pits.

On his way there, he loses his right -front tire and narrowly missed the guard rail at pit in. The team rallied to finish 5th, while Johnson finished second, and lost the title by a mere 8 points.

In an era where Petty found a way to win 27 races in one season, it was no surprise the driver would be a superstar. But racking up 7, in a time where the competition year to year jumped leaps and bounds, and in a groundbreaking year for NASCAR was huge. It was the first year that the Daytona 500 was covered live, flag to flag. And it was a doozy.

On the back of 5 wins, and 23 top 5s, Petty took home the championship by 11 points over Darrell Waltrip. '

There isnt much more a fan can ask than the Championship coming down to one final race, but for both Carl Edwards and Tony Stewart, I think they had hoped it hadnt.

Finishing the race dead even in points, the championship is handed to the man with the most wins, then most top 5s, and so on and so forth. Stewart had 5 wins, Edwards had one.

This one is made a classic simply becuase in an era where everything is done to re-set standings, make it easy for fans to understand (or not) these two drivers ended up tied.

Why, many may ask, why a normal season, with a new champion makes the top five list? Because it marked a changing of the guard. The Intimidator (1994 Champ) Dale Earnhardt was out, and the Boy Wonder, the Rainbow Warrior was on top.

It marked a new era for the sport as well as more youth was brought in that shaped the coming 20 year.

Now, a 34 point gap to Earnhardt was the final margin of victory, but I bet the weight was still there. He only needed one car to drop out of the race to win. So instead of boring you with a big long race from 1995, here is victory lane from a race earlier in the year. We need more drivers to show some of this emotion. Gordon winning his first race was superb. Driver's simply don't show this type of emotion anymore. (exception: AJ Allmendinger)

1. 1992 - Alan Kulwicki wins as a driver owner in dramatic fashion

What else can be said about this one. The little team that could, the Underbird. Five points seperated the title between Elliot and Kulwicki...which was the same total points awarded for leading the most laps...which Kulwicki did.

It was unheard of for an owner driver to win the title in an era which was becoming saturated with big team operations. But it was the style in which he won the title that qualifies this championship moment for number one.

Five drivers could win the title that day. Kulwicki found a way to beat them all.

Chasing a legacy ... Who will be crowned champion?

NASCAR: State of the Sport