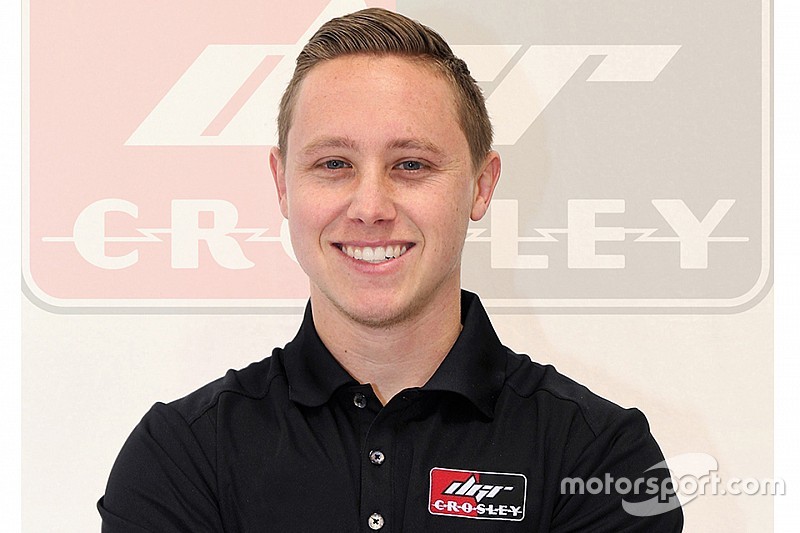 Lupton, 25, will compete in at least six races this season with DGR-Crosley. He will make his debut with the team June 28 at Chicagoland Speedway in the No. 5 Toyota.

“I am excited to finally announce my 2019 plans and join DGR-Crosley in the NASCAR Gander Outdoor Truck Series,” said Lupton. “DGR-Crosley has proven to be a very competitive team in the series in a short amount of time, and I believe we will be contending for wins throughout my schedule.”

Lupton has two previous starts in Trucks, both in the 2016 season with Young’s Motorsports. He finished 12th at Talladega (Ala.) Superspeedway and 19th at Phoenix. He has made four starts in the Cup Series and most recently competed in 11 Xfinity Series races in 2018.

Lupton, a two-time winner in the NASCAR K&N Pro Series West, is a 2016 graduate of UNC Charlotte with a bachelor’s degree in business finance.

“Even though I have experience in all of NASCAR’s top three series, I don’t have that many Gander Outdoor Truck Series starts,” Lupton said. “I’m eager to learn from people like David to strengthen my racing resume and becoming an asset to the DGR-Crosley organization.”

“We were super excited when we got the call that Dylan wanted to do some races with us,” Gilliland said. “His experience across multiple levels of racing is going to be a huge asset as we go to some of these tracks through the summer and fall months.

“I know that Dylan has the talent to run up front and I’m looking forward to working with him. I feel confident that we will put together some strong finishes with him this season.”

Roundtable: The racing was closer at Michigan, but was it better?

Chandler Smith on NASCAR Truck debut: "Look where I am now"