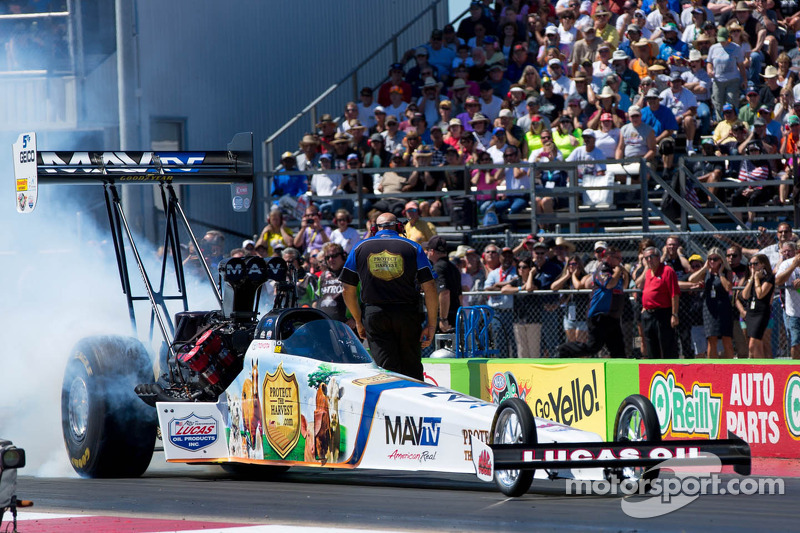 A defending Top Fuel champion, Brandon Bernstein's plan is to repeat the success of last year.

POMONA, Calif. (Nov. 6) - As defending Top Fuel champion of the Auto Club NHRA Finals, Brandon Bernstein's plan for the ProtectTheHarvest.com/MAVTV dragster is to repeat the success of last year and end the season on the highest note possible.

"It's great to go into a race in the position to defend a win," Bernstein said. "We'd love to duplicate what we did last year. We'd like to help some people win a championship or help them lose one and at the same time we win the race.

"We're out here for one thing this weekend and that's to get this team a win."

After some struggles early in the Countdown to the Championship, the ProtectTheHarvest.com car came to life in the last couple of races, including a semifinal berth in Las Vegas the last time out. 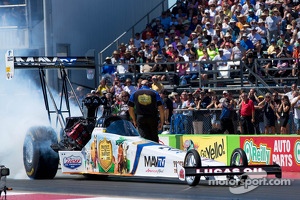 "We made some good moves in Vegas," Bernstein said. "We feel like the car is running well. To come in here to Pomona running the way we are feels great. With qualifying spread out the way it is, the guys are going to have time to be prepared and get ready for the weekend.

"We feel like we've got something for them this weekend; we just need a couple of breaks to go our way. If that happens, there's no doubt this team is capable of standing in the winner's circle again."

Like last year, Bernstein has brought his whole family with him to California to have some fun before getting the races started.

"We've come out early and we're staying at Dad's (Kenny) house," Bernstein said. "He and Sheryl love having the kids out here. It's a great chance for them to see the kids. It's been a fun time, that's for sure.

"They were my good-luck charm last year, and I hope they are going to be that again this year."