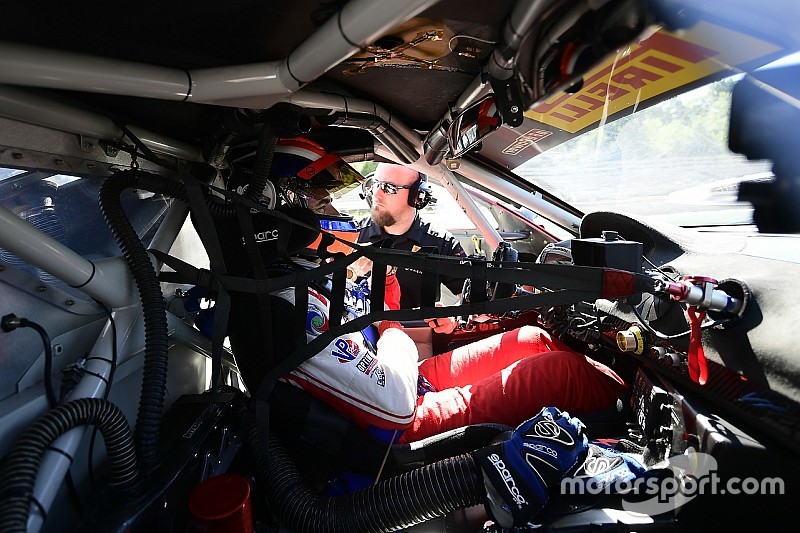 Ian James and Matt Keegan won race 1 of the GTS element of the Pirelli World Challenge SprintX for Panoz at Utah Motorsports Campus.

Maxwell and Gottsacker pitted together before half distance, with the latter totally miscalculating the minimum pitstop time by 2s. Second placed Maxwell handed over to Jade Buford, but their Mustang was black flagged for dropping oil from a leaking halfshaft.

Keegan relayed to James, while Miller pitted late to hand over to Aurora Straus. Gottsacker was right on leader James’s tail when he took his drive-through penalty, with Straus soon tumbling down the order. She was soon demoted by Preston Calvert for a Panoz 1-2.

Despite his penalty, Gottsacker only fell to fourth, and quickly overcame Straus for third. He set off after Am class leader Calvert – catching him with 8mins on the clock, and quickly zapping past him to claim the runner-up spot.

Nobody could stop James, although Gottsacker took over 10s out of his lead in the closing laps. Calvert finished a class-winning third to make it a Panoz 1-3.

“It was hot, real hot,” said co-driver Keegan. “But I made sure I left Ian with some tires left, and it’s a wonderful car to drive.”

James added: “It's a massive day for us. Matt got us in the lead, and my job was just to stay there.”