Denver, CO - WC Vision has announced a new Pirelli World Challenge TCA class as well as cost containment and cost reduction initiatives for TC and TCB classes for the series' upcoming 2014 25th anniversary season. The announcement is a result of the series' ownership group listening to competitor feedback throughout the 2013 season and at the State of the Series Meeting held at the SEMA Show back in November 2013. 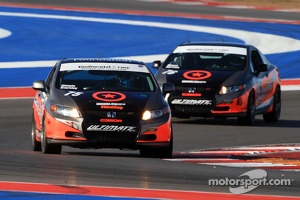 The TCA class, an evolution of the current TCB class, places an emphasis on maintaining cost effectiveness while providing an easy avenue to entry into professional racing.

Additionally, a new Pirelli P Zero tire will be used for TC/TCA and TCB in 2014. The tire will be longer lasting and is projected to wear over two race weekends instead of one.

For 2014, the series is again offering TC/TCA and TCB teams sponsor packages for $7,000. The package includes over $100,000 in marketing value/savings that can be used to leverage team partnership opportunities.

"We pride ourselves on listening to our teams and implementing solutions to address their feedback," said Geoff Carter, Director of Competition, Pirelli World Challenge. "It wasn't surprising to hear that the cost of racing, especially for some of our TC and TCB competitors, is a barrier to running in the series. So we look at ways to reduce costs where we can."

Listed below is an overview of Pirelli World Challenge TCA Rules: