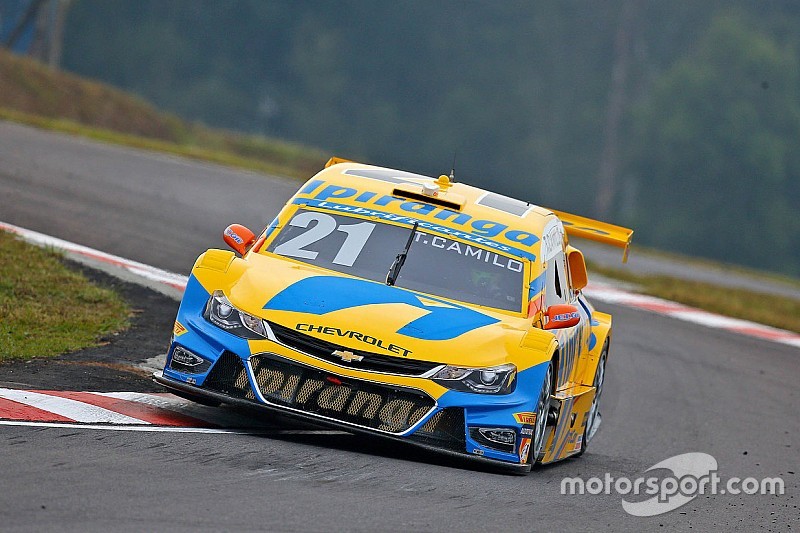 Brazilian V8 Stock Cars kicked off this Friday for the sixth round of the season at Cascavel. The western city of the Paraná state brings a circuit which is a delight for drivers. The "Brazilian Spa-Francorchamps" features a high-speed combination of ascents and descents, five left turns and only two to the right, generating laptimes with an average speed close to 180 kph - Brazilian Formula 3, for example, laps the 3.058 circuit below one minute with a 200kph average.

Thiago Camilo was the fastest man on Friday. He lead the free practice session with a time of 1min02s379, topping the timesheets in front of Ricardo Maurício, Valdeno Brito, Argentinian Nestor Girolami and the championship leader Felipe Fraga closing the five fastest drivers of the day.

Camilo, who comes from a podium finish in Tarumã the previous round, hopes do engage a reaction in his championship campaign exactly on the track where he had won for the last time in the series. "It has been a complicated year for us. We have a competitive package, but by a series of circumstances we haven’t been putting this into decent results", he claimed.

He might know that Cascavel is the right place to do so. "Our car is fast and well balanced. We are going for it. Cascavel features one of the most challenging corners in the Brazilian calendar. It is a fast circuit, which I like very much. Let’s hope to initiate a reaction now", he said.

The cars hit the track this Saturday for a free practice - broadcast live on Stock Car official YouTube channel (link below), and the qualifying session. Races will be held on Sunday at 1 and 2:10 pm (Brazilian time).