TOM’S boss Nobuhide Tachi says that Giuliano Alesi’s shock Super Formula win at Autopolis has allayed doubts he had pre-season that the Frenchman was ready to race in the series.

Alesi bagged victory in a rain-shortened race on Sunday in only his second outing in Japan’s premier single-seater series, standing in for regular TOM’S driver Kazuki Nakajima.

The ex-Formula 2 racer was signed to race in the second-tier Super Formula Lights category, but was given the chance to race at both Suzuka and Autopolis with Nakajima unavailable for those races due to his FIA World Endurance Championship commitments for Toyota.

Alesi, who currently lies second in the Super Formula Lights standings, finished ninth on his debut in the top category at Suzuka before converting pole into victory at Autopolis.

Tachi shared his thoughts on Alesi’s performance in the post-race press conference, joking he was “sorry” to two-time champion Nakajima and was “wondering what to do” for future races.

“It felt like my son was racing, which is something I had never felt before,” added Tachi. “I'm sorry to Giuliano, but I thought he was still a long way off [being ready for Super Formula]. To be honest, I didn't expect him to have such a perfect qualifying and race.

“He does things so properly that I don't think he's [really] 21 years old. When I first met him, I had the impression that he was a fully-fledged adult, much more serious than other foreign drivers I've run before [Andre Lotterer, James Rossiter and Nick Cassidy].

“I'm really looking forward to seeing Giuliano [develop] in the future. I thought it would take him a while, so I wanted to take the time to nurture him from Super Formula Lights, but I feel like it's okay [for him to race full-time in Super Formula] soon.”

Alesi is likely to get further outings for TOM’S this year with Nakajima currently set to miss next month’s Sugo round and the following race at Motegi, unless Japan eases its strict 14-day quarantine rules in the meantime. 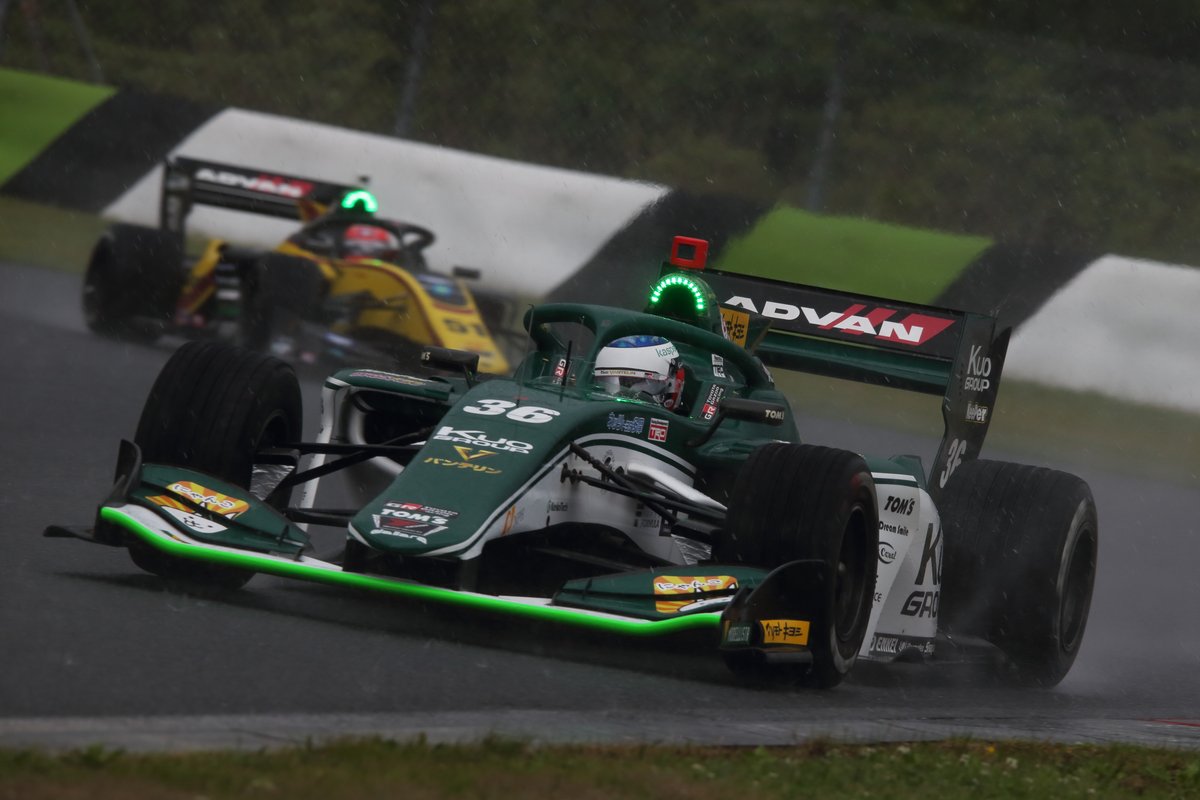 While flattered by Tachi’s suggestion that he is ready for a full-time drive, the Frenchman was eager to emphasise just how much racing in Super Formula Lights has helped him.

“Tachi-san may have said that, but I’m gaining some great experience in Super Formula Lights, because you get so much mileage in this category, and this really helps for Super Formula,” he told Motorsport.com.

“For sure we got the results last weekend, but in terms of growth, there’s no better way to start than Super Formula Lights and I really can’t thank him enough for the opportunity I have been given.

“I’m not blind to the fact that things go perfectly for us – we always had the right conditions at the right time, and you can’t deny that. But as a team we delivered when we needed to with no mistakes, we did everything almost perfectly up until the red flag.

“It makes me so happy and grateful for all the work the team did, especially considering the past few years, because it really hasn’t been easy at times. It’s not just an accomplishment but a huge reward for everything I’ve been through.”

TOM'S title shows "what could have been" for #37 crew