Super Formula stalwart team Impul has revealed a striking new black-and-gold livery ahead of the 2021 season.

Impul, owned and managed by Japanese racing legend Kazuyoshi Hoshino, has raced in a mostly white livery since the 2016 season in deference to sponsor Itochu Enex.

That has changed for this year however, as Impul has revealed a radically different colour scheme on the eve of the first pre-season test at Suzuka.

The Toyota-powered squad's two cars have now been decked out in black and gold colours reminiscent of those made famous by Team Lotus in Formula 1 in the 1970s and 80s.

Carenex, a subsidiary brand of energy firm Itochu Enex, has taken over as the team's naming rights sponsor, while the design also features prominent branding for the team's parent company's own 'Impul Denki' brand.

Ryo Hirakawa, last year's runner-up, and Yuhi Sekiguchi go into their fourth Super Formula season as teammates together at Impul.

While Hirakawa only narrowly missed out on winning the championship to Honda rival Naoki Yamamoto in the final race of 2020 at Fuji Speedway, Sekiguchi suffered a miserable season, finishing down in 14th in the standings with one podium to his credit. 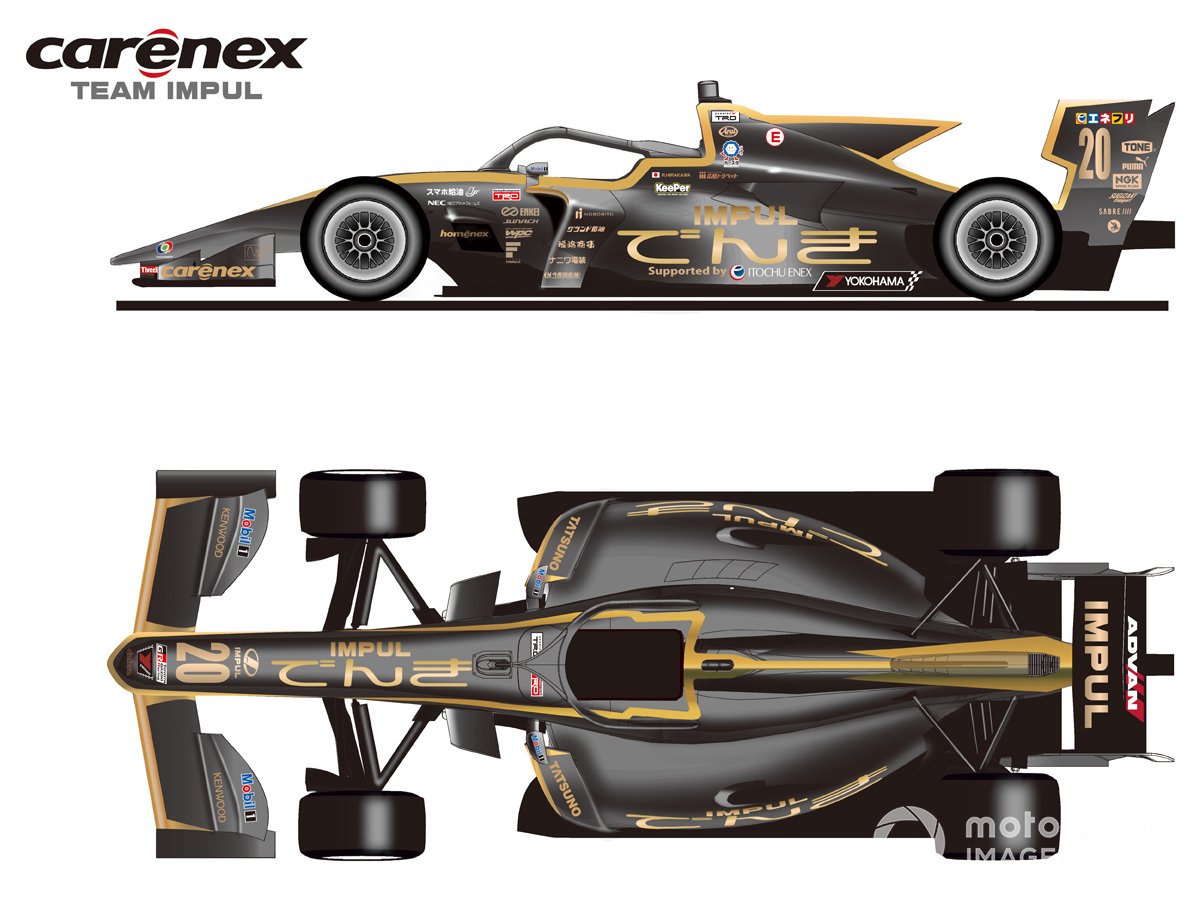