Honda teams swept the top four spots in last weekend's SUPER GT test at Sugo ahead of the final three races of the 2019 season. 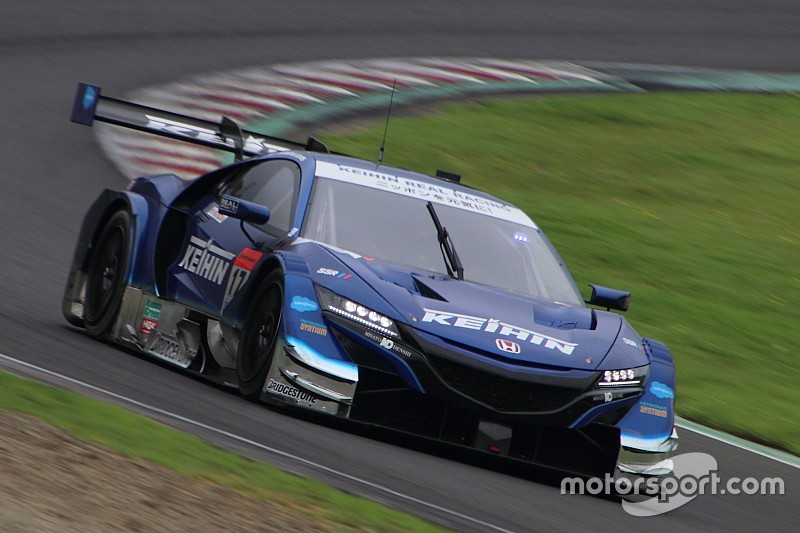 However, the weather drastically improved later on and it wasn’t until the final afternoon that rain hit the track again, forcing teams to switch to wet compounds.

Real Racing broke the 1m11s barrier on both days, Bertrand Baguette and Koudai Tsukakoshi ending the in-season test at the top of the charts with a time of 1m10.634s.

The Nakajima Honda team was classified more than four tenths adrift in second, with former Formula 2 driver Tadasuke Makino completing all the running for Satoru Nakajima’s squad in the absence of teammate Narain Karthikeyan.

Formula 1 champion Jenson Button also missed the test at the venue where he lodged his maiden SUPER GT win, although Naoki Yamamoto’s quickest lap was good enough to place the Kunimitsu Honda squad third in the timesheets.

Yamamoto was also the fastest of all in wet conditions, lapping two tenths quicker than the Real Racing duo of Baguette and Tsukakoshi in a rain-soaked final afternoon session.

Long-time Honda squad ARTA made it four NSXs in the top four, with Tomoki Nojiri and Takuya Izawa logging a time of 1m11.136s.

The Honda monopoly at the front was broken by the Bandoh Lexus pairing of Yuji Kunimoto and Sho Tsuboi, the duo finishing six tenths off the pace in fifth.

The Impul team led the charge for Nissan, James Rossiter and Daiki Sasaki lapping just 0.001s ahead of the championship-leading LeMans Lexus pairing of Kazuya Oshima and Kenta Yamashita in seventh.

The Mugen Honda team (Daisuke Nakajima and Hideki Mutoh) was classified eighth, while the top 10 was completed by B-Max Nissan (Frederic Makoweicki and Kohei Hirate) and Cerumo Lexus (Hiroaki Ishiura and Yuji Tachikawa).

Ryo Hirakawa and Nick Cassidy, who sit second in the standings, were classified 12th in the #37 TOM’S Lexus, just ahead of another championship-contending car, the NISMO Nissan of Ronnie Quintarelli and Tsugio Matsuda.

* teammate absent from the test

Super GT's 2021 schedule will be "a lot better" for Honda