Maria Herrera will step up to World Supersport for the 2019 season with the MS Racing Yamaha squad.

The 22-year-old Spaniard, a regular of Moto3 from 2015-17, will become the first female rider to participate full-time in the intermediate tier of the World Superbike pyramid.

She steps up after a season racing in World Supersport 300, where she finished 13th in the standings last year.

A brief MS Racing statement read: "We want to thank [series promoter] Dorna, Yamaha Racing and Yamaha Spain, who have helped us take this project forward, allowing us to promote a promising young rider and give her continuity after she took part in World Supersport 300 with us last year."

Herrera switched to SSP300 after losing her ride in Moto3 in 2017, when her AGR team collapsed mid-season.

She will however return to the grand prix paddock next season after signing to ride for the Angel Nieto team in the new-for-2019 MotoE category.

This means she will most likely have to skip the Donington Park WSS round on July 5-7, as it will clash with the MotoE race at the Sachsenring on the same weekend.

Unlike Herrera, SSP300 champion Ana Carrasco will stay in the category next year to defend her title, joining forces with the Provec team that runs Kawasaki's ultra-successful WSBK outfit. 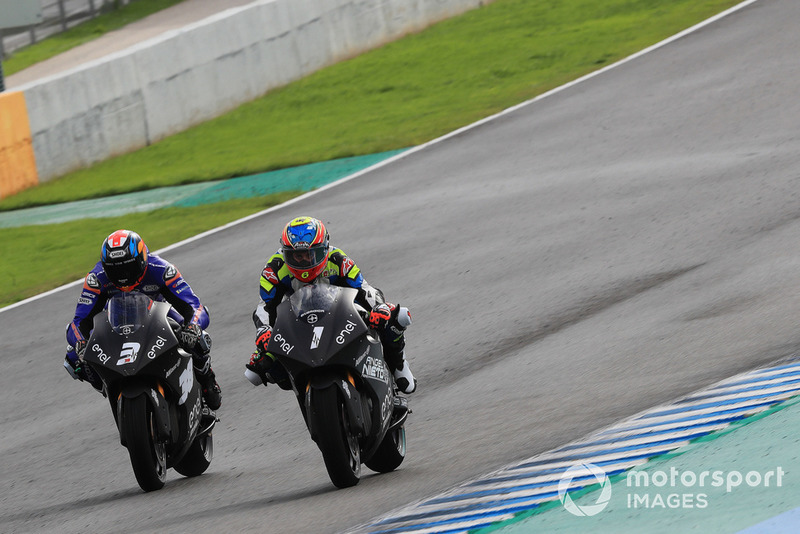 Herrera switches to World Supersport 300 for 2018