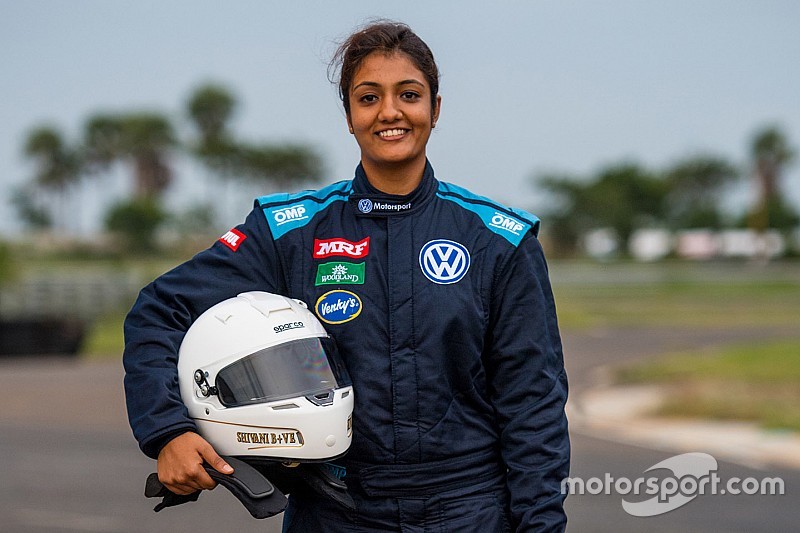 Female racer Shivani Pruthvi has caught the attention of the Indian motorsport fraternity in only her first season of car racing and there’s more to come from the 20-year-old.

When Shivani lined up on the Kari Motor Speedway grid for the opening round of the Volkswagen Ameo Cup, she had virtually no prior experience of competitive motorsport to rely on to.

Despite hailing from a motosport background, she did just one autocross event before signing up for the Ameo Cup, a contemporary touring car championship run by the motorsport division of Volkswagen India.

While she performed reasonably well in pre-season testing, it was difficult to give a verdict without closely following her in racing conditions.

But much to everyone’s surprise, Shivanai finished eighth in her very first race, beating some of the more established drivers in the series.

The result also put her on pole position for the reverse-grid Race 2, putting immense pressure on someone competing in only her first weekend of racing.

Yet she handled the extra weight on her shoulders beautifully, holding the lead for the first four laps before settling down in a podium position.

Unfortunately, a safety car and a subsequent technical issue left her trailing down the order - what had looked like a dream podium finish ended up being an average ninth place result.

“After I finished eighth in the first race I picked up pole for the second race,” Shivani recapped her dream debut in an interview with Motorsport.com India.

“The pressure that I handled when I was on pole, I don’t think I was exposed to such pressure ever before. That thing being there on pole was something extraordinary.

“The worst part was that I had all the better racers and better drivers behind me. The ones that have been winning races behind me. So the only point was there was to hold on to pole position as long as I could.

“I knew I couldn’t hold on to it for the entire race but at least for how much or however longer I wanted to.

“But then if the technical issues were not there - because we had the race stopped because of an incident and the red flag had come out - maybe I would have finished on the podium there.” 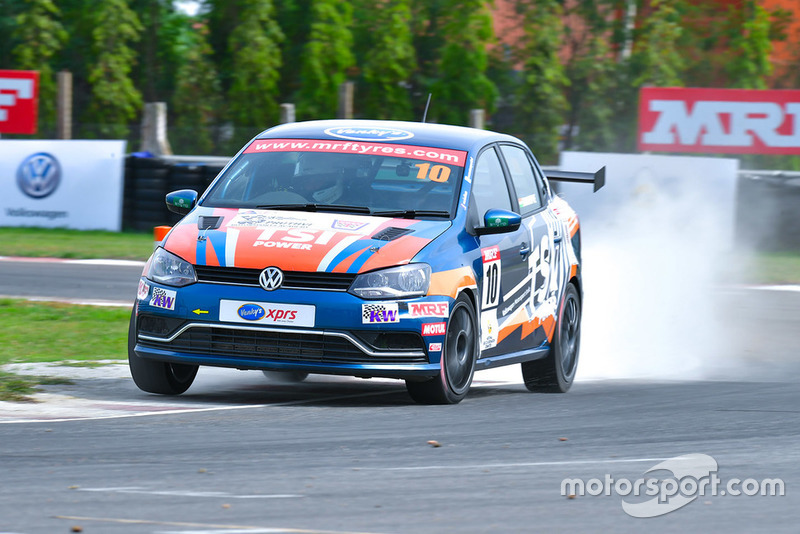 Shivani may have been eluded of a podium result on her debut, but it was clear that she’s a seriously talented racer who could deliver from the very onset.

And if there was anyone who still doubted her potential, she proved them wrong with a fine drive in the second round of the season in Chennai

After qualifying ninth on the grid, she made up four places, including by overtaking some past race winners, to bag a fifth place result.

“When I started ninth I had no idea how the race would go. But then was lucky enough to pull into fifth,”she said.

“I overtook Jeet [Jhabakh]. I just don’t know how that happened, that was just before the last corner and i came in and the chequered flag was out. I don’t know [but it was like a]  dream come true or whatever to overtake an experienced guy.”

While some more technical issues, a part and parcel of motor racing, hit her during the other two races of the Chennai round, her driving skills earned her praise from Sirish Vissa, the head of VW Motorsport India and the person who has been overseeing her ever since she signed-up for the series.

“Extremely happy [with her performance]", Vissa said of Shivani in an exclusive interview. "But I get it’s a testament to her."

“Whereas we’ve had in the past, drivers who’ve come through, gotten selected and then they relax until they come for the pre-season test, Shivani has actually come out and done some testing around Chennai so she understands which way the track goes.

“So I think the approach has been perfect. I think the fact that her dad comes from a motorsport background helps quite a lot and I think she has got the right mental approach and right attitude for the sport, so I’m really happy to see what she is doing and I wish her more success in the future.”

With two rounds complete, Shivani heads to the second half of the season with boosted morale and her sights set on the rookie title.

She currently sits third in the rookie standings and eighth in the overall classifications with one round to go in Chennai and Greater Noida each.

“We are already done with half of our racing season and I think somewhere near the top for the rookie cup,” she said. “First place is taken by Shubhomoy Paul, for a rookie that guy is amazing.So after him I’m in third but still near the top. So maybe just to focus on rookie cup is as of now what I have.” 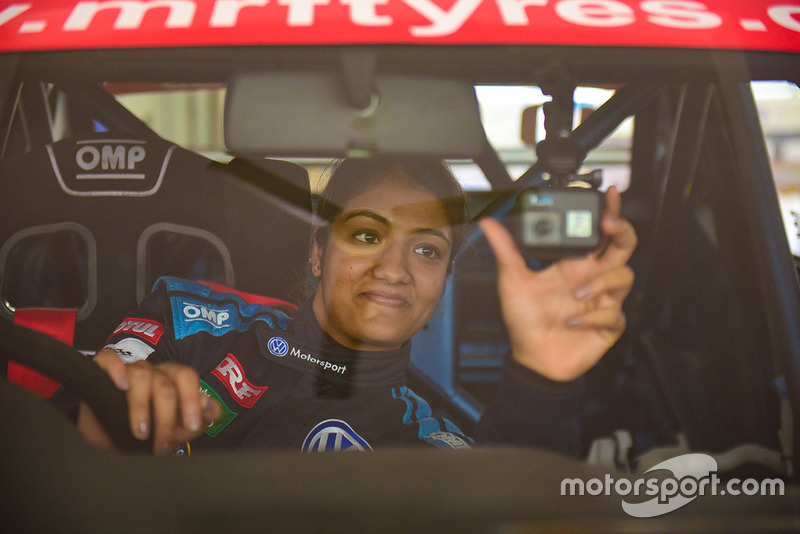