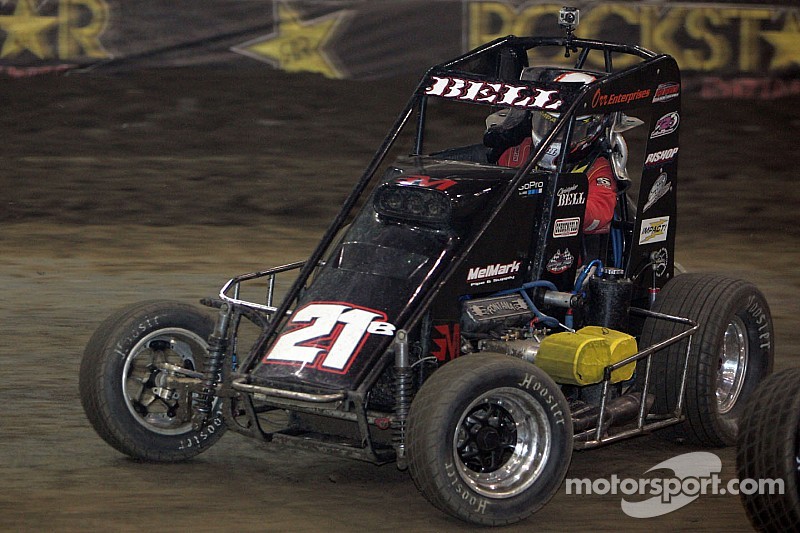 After a weekend full of podiums and his 26th win of the year, it all comes down to Turkey Night for Christopher Bell in his pursuit of a second consecutive USAC National Midget title.

With Friday night’s Western World Championships preliminary victory his 16th triumph among the Midget ranks in 2014, the accolades have already started coming in for the Norman, OK, driver including the Badger Midget championship and then National Midget Driver of the Year honors for the second year in a row.

Now, 26 points is all that separates the 19-year-old from the top spot on the USAC National Midget point charts occupied by his Keith Kunz Motorsports teammate, Rico Areu.

“It’s a place that didn’t treat me so well last year,” Bell said of Turkey Night venue Perris Auto Speedway. “We’re gonna get some practice laps in tonight (Wednesday) then hopefully be good to go for tomorrow.”

Bell comes into the prestigious Turkey Night Grand Prix event with some strong momentum after posting finishes of second, first and third during this past weekend’s 47th Annual Western World Championships at Canyon Speedway Park near Phoenix.

“It was a pretty good weekend, you really can’t ask for much better than that,” Bell said of the Western World weekend. “It just wasn’t in the order I wanted it to be, I would have rather been on the top step on Saturday night.”

It was a weekend in which Bell was in the mix throughout, including the final rounds of Saturday night’s $7,500-to-win Western World finale.

After a close runner-up finish to kick off the three-race set on Thursday night, Bell dominated the Friday feature for his 26th overall win of the year and 15th of 2014 in the Kunz No. 71 Toyota-powered Midget.

Locked in a wild battle for the big prize on Saturday night, Bell finished a close third as less than one second separated the lead trio of Darren Hagen, Tanner Thorson and Bell.

“It doesn’t get much closer than that,” Bell said.

“Rico and I both had trouble here last year, so pretty much anything can happen,” Bell commented.

With only 26 points separating the duo with Tracy Hines another 10 points back, a Bell win could net the championship if Abreu finishes lower than eighth.

One hundred laps at the PAS on Turkey Night will settle the final USAC Midget score.