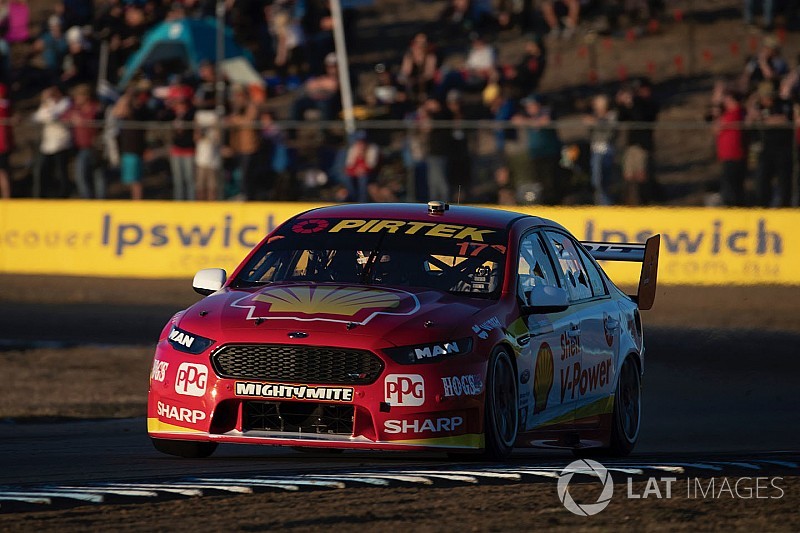 Scott McLaughlin secured a 10th pole of the 2018 Supercars season ahead of today's second race at Queensland Raceway.

It was a case of ongoing improvement throughout the 20-minute session for the Penske Ford driver, McLaughlin going quickest on his first run with a 1m08.593s.

While that time would have been good enough for third on the grid, McLaughlin wasn't done there. He lowered his own benchmark to 1m08.550s on a second run midway through the session, before putting the result beyond with a 1m08.490s on his final run.

"Everything is good. We're very happy," he said. "The car was a bit looser today, it was a bit harder. We need to work on that. But I think we've got a really good shot [in the race]."

Shane van Gisbergen will share the front row with McLaughlin, falling just 0.04s short of pole on his final run.

"It was good, I think we made some progress overnight," he said. "Hopefully we can take the fight to [Penske]."

Jamie Whincup could only manage the seventh fastest time, one spot ahead of Triple Eight teammate Craig Lowndes.

Michael Caruso and Richie Stanaway rounded out the Top 10.