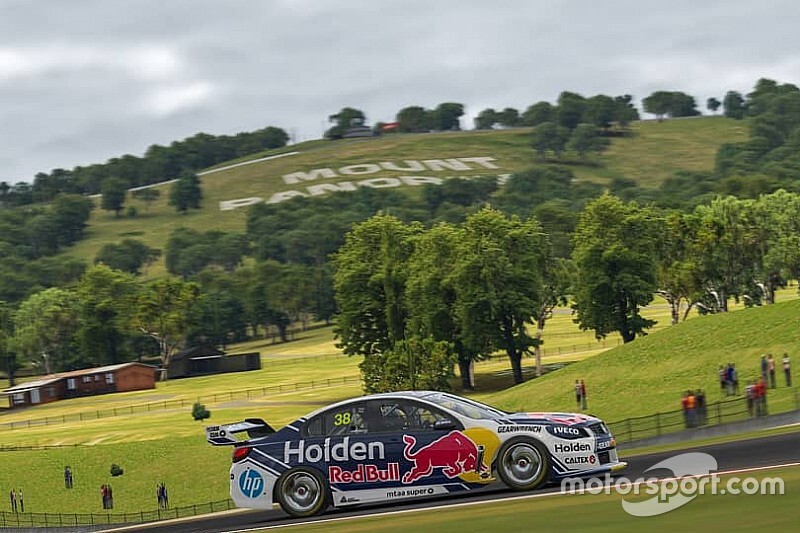 The full field of Supercars drivers will take part in the official Eseries, starting April 8.

The competition is expected to run over 10 weeks, with real-world drivers to compete from their own homes in Ford Mustangs and Holden ZB Commodores.

They will get to choose which livery they use.

Points will be awarded for each race, and a champion crowned at the conclusion.

The series will kick off with a traditional two-race format, before enduros, mystery rounds, night races and reverse grid races are introduced.

Fox Sports is set to be the primary broadcaster of the series, although Supercars CEO Sean Seamer says there has been interest from free-to-air outlets as well.

“We expect to announce further broadcasters for the Supercars All Stars Eseries in the coming weeks,” said Seamer.

“This is about entertaining content. While we expect a strong and robust competition, ultimately this is designed to keep Supercars fans entertained during the period when we can’t race on the track.

“Fans watching from home will be able to hear the drivers during races, while a number of webcams will be set-up for broadcast as well.

“We expect to run a variety of different race formats across the series to ensure this stays fresh and entertaining. Expect traditional two-race formats in earlier rounds, however all variety of formats including enduros, mystery rounds, night races and reverse grid races are all expected.

“We are still finalising the entire list of tracks we will race on and can confirm Round 1 will be Phillip Island and Monza.”