Senna to be celebrated at Donington Historic Festival 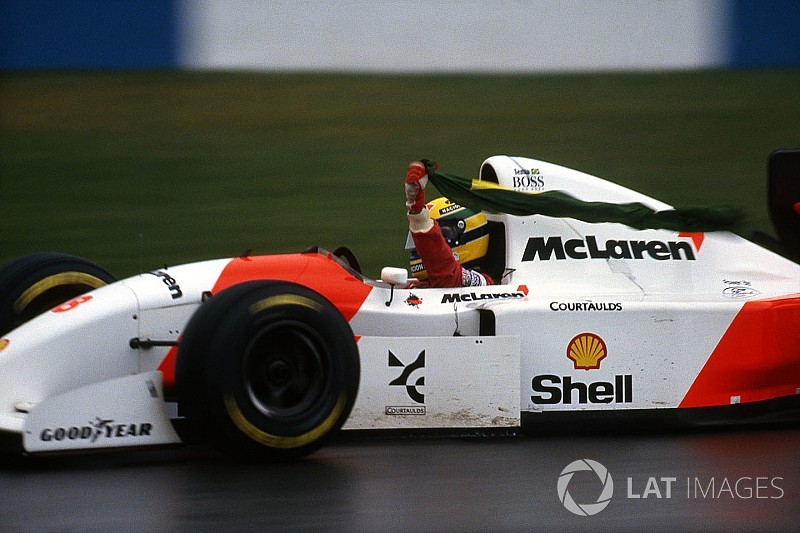 One of the most memorable races in the history of Donington Park, the rain-soaked 1993 European Grand Prix won by Ayrton Senna, will be celebrated at this year’s Donington Historic Festival (May 4-6).

To mark the 25th anniversary of one of the finest opening laps in Formula 1 history, there will be F1 car demonstration laps on the Saturday and Sunday, plus a static display on all three days.

The F1 cars on show will pay tribute to Senna, and were either raced by him or against him during his career up to 1993.

They include the Toleman TG-184- 01 Hart Turbo in which Senna caused a sensation for Friday practice at the 1984 British GP and the McLaren MP4/8 that was Senna’s test car for the 1993 Donington Park race, which will come courtesy of the Donington Collection museum.

Also on hand will be a 1993 Benetton B193B raced by Michael Schumacher and Riccardo Patrese, Gerhard Berger’s 1992 Canadian GP-winning McLaren MP4/7A-8 (also courtesy of the Donington Collection museum) and a Camel Lotus/Judd 101/3 campaigned in 1989 by Nelson Piquet and Satoru Nakajima.

The first lap of the only World Championship Grand Prix held at Donington is widely regarded as one of the greatest opening laps ever seen in Formula 1.

Senna was in a league of his own and the best drivers of the era had no answer to his sublime car control as a bedraggled crowd watched him race from fourth to first in less than a lap.

Of course, this was more than a one-lap race and in changing conditions it took approaching two hours to run the planned 76 laps. Senna lost time in the pits when taking slicks as conditions improved, but later underpinned his winning margin by staying on slicks as more rain came. Only Damon Hill’s Williams remained on the lead lap in a race that has earned a place in Formula 1 folklore.

The weekend features 19 races from 14 grids across two full days (Saturday and Sunday) with saloons, GTs, sports-racers and single-seaters spanning the 1920s to the 1990s.

Button to race at Le Mans Classic and Goodwood Revival