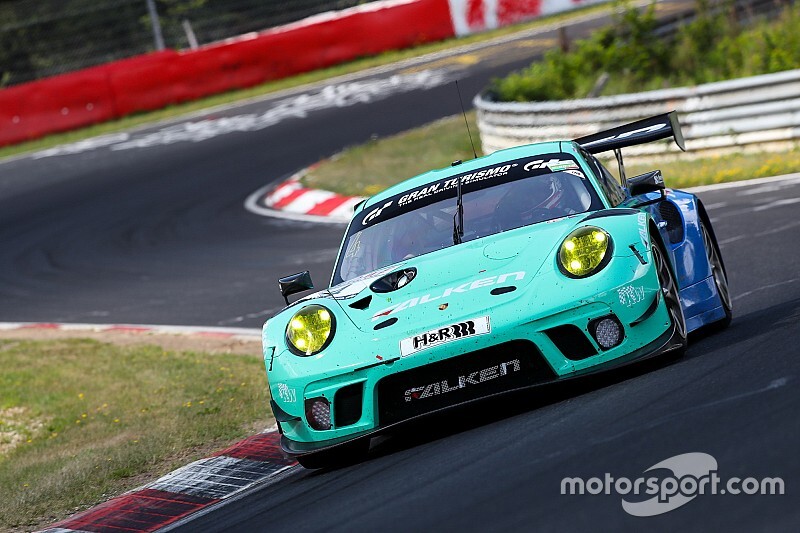 Porsche factory driver Patrick Pilet will make his first outing with the Falken Motorsports team in this weekend's VLN season finale at the Nurburgring Nordschleife.

Pilet will share Falken's Porsche 911 GT3 R with another member of the German marque's factory stable, Sven Muller, for the four-hour event on October 26.

The Schabl Engineering-run outfit had originally intended to conclude its campaign after VLN8 earlier this month, but changed its plans when Pilet and Muller were made available.

"Our original plan was to conclude our season at VLN8 where we scored another top-six finish in the Porsche,” said Falken team co-ordinator Stefanie Olbertz.

"This was our first year with the 991.2 so when we were offered the opportunity for some extra running, together with the chance to get feedback from two highly experienced Porsche drivers, it made sense to enter VLN9 too. We’d like to thank Porsche for the opportunity.”

Pilet's main programme with Porsche in 2019 has been in the IMSA WeatherTech SportsCar Championship, but he was also part of Manthey Racing's factory line-up for this year's Nurburgring 24 Hours, an event he won in 2018.

Muller meanwhile has raced in the Blancpain GT Series Endurance Cup and the Intercontinental GT Challenge this year, also competing in the Nurburgring 24 Hours. Last year he was part of Falken's two-car assault on the German classic.

Klaus Bachler, Martin Ragginger, Jorg Bergmeister and Dirk Werner have all shared driving duties over the course of the VLN season in the Falken Porsche.