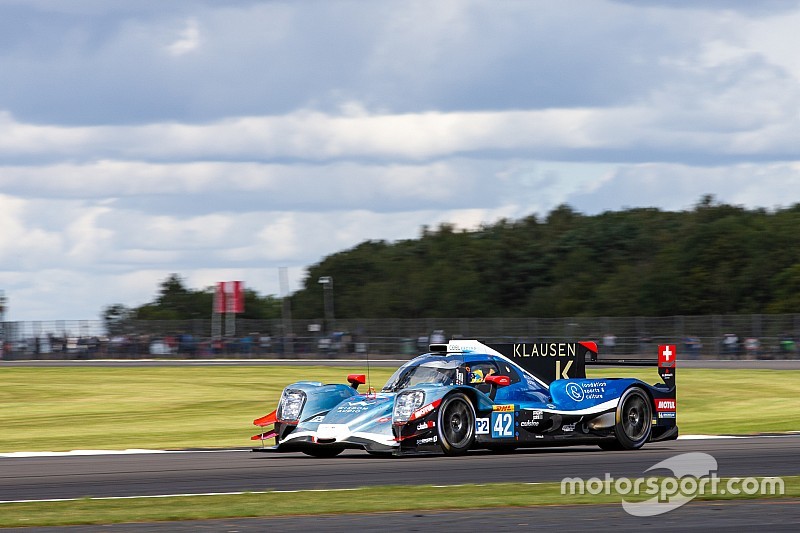 Lapierre and teammate Antonin Borga delivered victory for the new Cool squad in Sunday's curtain-raiser, its first outing in the WEC with its Michelin-shod Oreca 07.

The Swiss outfit went into the race with a reduced driver line-up as Alexandre Coigny suffered a hip injury in the previous day's European Le Mans Series round when he was t-boned at Brooklands by the Duqueine Engineering Oreca of Nico Jamin.

A mid-race safety car period after a rain shower allowed Cool back into contention after it lost early ground with a puncture, and Lapierre and Borga were able to build enough of a buffer to maintain the lead after serving a drive-through penalty and then suffering a second puncture with just minutes of the four-hour race to go.

"[Saturday] was a really hard day for the team, we were in a position to score another strong result in the ELMS but we destroyed the car and injured the driver," Lapierre, who joined Cool from the Signatech Alpine squad for this season, told Motorsport.com.

"But in the end the team worked hard to put everything back together and to have a good strength of mind.

"The race was a bit hard with only two drivers, because we raced [in ELMS] and this is a tough track, but we had a great strategy with the tricky conditions. We always had the right tyres at the right time, and great pitstops as well.

"First race in the WEC, winning the race in LMP2, it’s something pretty special. It was pretty eventful, but in the end the pace of the car was good in all conditions.

"It’s great we won today, but I’m looking more long-term, I’m more involved in the [running] of the team as well, so it’s a bit different, a new challenge for me. Obviously it’s a fantastic result, to be in that position so early in the project is something unexpected."

Despite his injuries, Coigny appeared on the LMP2 class podium alongside Lapierre and Borga (pictured below), and also appeared in the post-race press conference.

"The most important thing for me was to be part of the team today and to be behind these guys [Lapierre and Borga] even though I wasn't in the car," commented Coigny. 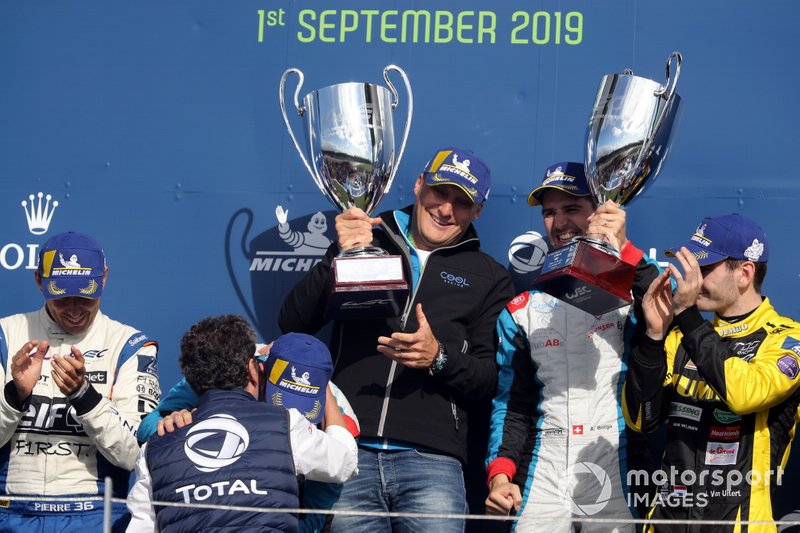 Racing Team Nederland scored its first-ever WEC podium in its first race with its new TDS Racing-run Oreca, although at one stage Job van Uitert - replacing the absent Nyck de Vries - was over a minute clear after showing blistering pace in the mixed conditions.

That advantage was negated by the second safety car period, with Lapierre passing for the lead not long after the restart, and RTN lost another position to the Signatech Alpine Oreca in the dying stages of the race, not helped by the loss of second gear.

Van Uitert said the safety car "screwed" his team's chances of victory, but pointed out that a caution period was beneficial to his G-Drive Racing team in the previous day's ELMS race, in which he finished second alongside Roman Rusinov and Jean-Eric Vergne.

"You never know [if we could have won without the safety car], because we also lost a bit when we got in trouble behind the [Cetilar] Dallara," van Uitert told Motorsport.com.

"I promised the team to bring the car home, I didn’t want to crash. Maybe you can call me a pussy, but I wanted to make sure I brought the car home.

"This time we got a bit screwed behind the safety car. It’s always 'what-if' – it was the same yesterday [in ELMS] with G-Drive, what if we didn’t get the puncture?

"We should have won. But it’s motorsport and things happen. Yesterday [in ELMS] the safety car worked in our favour, it brought us back in the fight, but it didn’t help today."

Van Uitert will step aside at RTN for next month's Fuji race as de Vries makes his first WEC outing of the season, but is set to return to the Dutch outfit for November's Shanghai round, which van Eerd is missing. 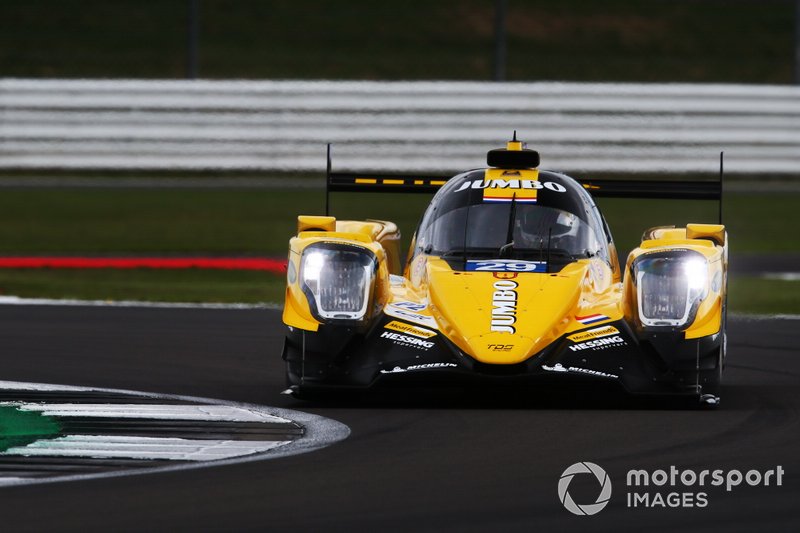