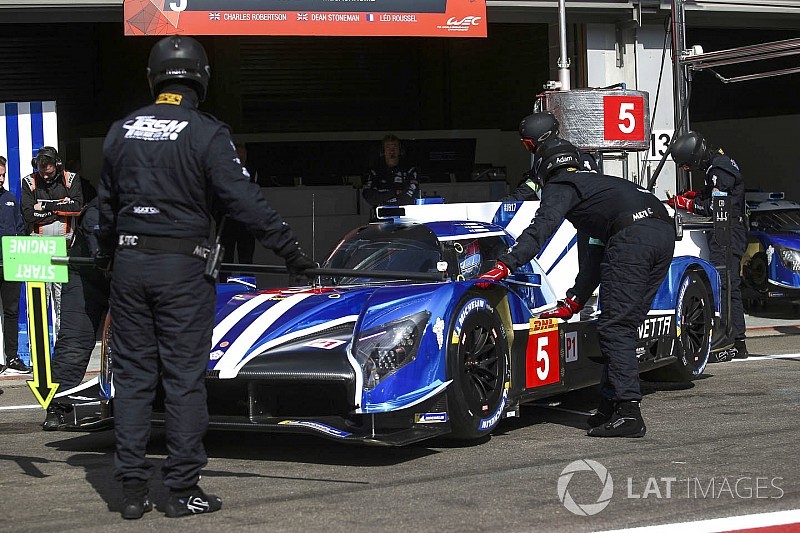 Ginetta has confirmed the Manor LMP1 team has been forced to withdraw from this weekend's FIA World Endurance Championship opener at Spa owing to cash flow problems.

A statement issued by Ginetta immediately after qualifying, in which the two Mecachrome-powered G60-LT-P1s did not run, cited problems with securing promised sponsorship funds from Chinese firm TRS, which is linked to the beleaguered energy concern CEFC.

It follows the two Manor cars only making a single installation lap each in each of the three practice sessions that preceded qualifying, a situation on which the British team refused to comment.

The statement read: "The required funds for Ginetta were due some time ago and whilst we understand that TRS has been working with its sponsors to sort the issues, without payment, Ginetta cannot allow the cars to race."

It added that Ginetta "remains committed to working with CEFC TRSM Racing [Manor]" and that "the current situation is a short-term cash flow problem" that should not affect its participation in the Le Mans 24 Hours.

LMP2 squad KCMG is the first entry on the Le Mans reserve list and is believed to have been told to prepare itself to enter in case one of the Manor Ginettas is unable to compete.

Ginetta boss Lawrence Tomlinson commented: “We’ve got to a situation where a UK-based team with excellent ability, kit and personnel, plus a pair of the latest LMP1 cars with confirmed and fully paid up entries for the 2018/19 FIA WEC [season] are unable to race simply due to funds not flowing.”