Kazuki Nakajima says a “too extreme” success handicap is not working as intended, after his Toyota team was beaten by Rebellion and Ginetta in FIA World Endurance Championship qualifying in Bahrain. 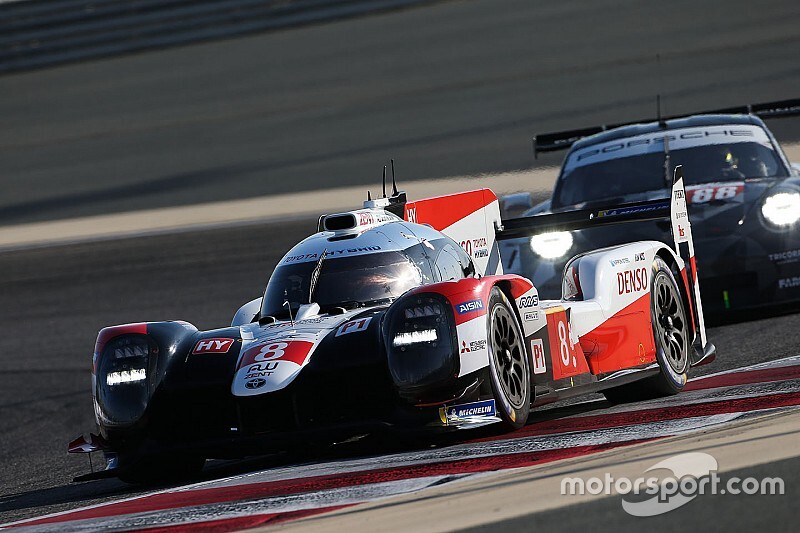 Following its first on-the-road defeat since Austin 2017 in Shanghai, Toyota has had to contend with the slowest LMP1 car in Bahrain as well, its two TS050 Hybrids qualifying third and fourth for Saturday’s eight-hour race.

The #8 car of Nakajima, Brendon Hartley and Sebastien Buemi has been pegged back by a class-highest 2.72s per lap in Bahrain, while the #1 Rebellion R-13 that took pole is only carrying success handicap equivalent to 1.36s per lap.

Asked if it was demotivating to not be able to fight for victory for a second round in a row, Nakajima told Motorsport.com: “Well I feel like the handicap is a bit too extreme because the system, it shouldn’t allow the same car to win twice in a row.

“I think that was the idea of handicap but now it’s... I don’t know. Let’s see what happens. At least after quali it’s not the case at the moment.

“We still need to be careful for tomorrow’s race, see what is the outcome. But at the moment we feel like it’s too extreme. That’s the decision rule so we just need to do our best.”

The Rebellion which won in Shanghai is further back in third, 18 points down on the lead Toyota.

However, with 43 points up for grabs in the bonus points Bahrain round, Nakajima fears there is a possibility that Toyota may lose its championship lead to the Swiss privateer squad.

“Yeah, especially to Rebellion we may lose our advantage,” Nakajima admitted. “As we saw in Shanghai, Rebellion, they can be strong for six hours at least. Maybe it’s going to be the case again.

“We cannot expect too much from their mistake or technical issue. But if it happens like that, yeah. It is as it is.

“So we just need to make sure that we don’t make any mistake from our side. Especially we shouldn’t feel too much pressure and make mistake through that.”

Despite a smaller success handicap than the sister Toyota, Conway, Kobayashi and Lopez qualified only fourth at Sakhir, 0.863s off the ultimate pace of the Rebellion.

Asked if Rebellion and Ginetta will be out of reach in Bahrain, Conway told Motorsport.com: “At the moment, yeah. From what we see in lap-times.

“I don’t think we kind of absolutely maximised our car but yeah it was a good lap from Brendon. He put us up there and surprised that one of the Ginettas is behind us.

“But yeah the race will be tough, the Rebellion look good. So the does the Ginetta. We don’t expect to really have their pace at the beginning and we’ll just see what happens during the stint with the tyre wear and reliability.”

Catch the 8 Hours of Bahrain LIVE on Motorsport.tv here. Some geo restrictions may apply.