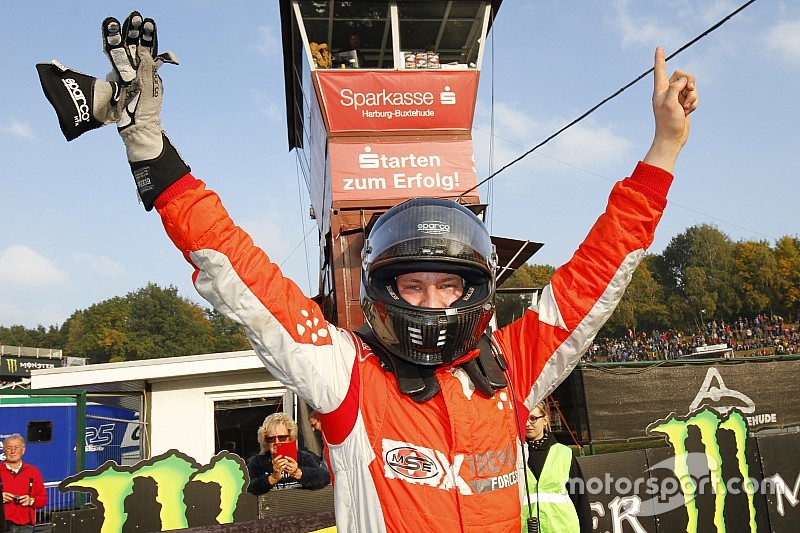 The Swede, driving for his father Andreas’ OlsbergsMSE team, won the Estering round of the World RX series in Germany last October after executing an audacious first-corner overtake on the entire field in the final to lead home two-time champion Petter Solberg.

Eriksson, who has only previously raced a Supercar for his father’s squad, finished on the podium on his World RX debut in Argentina 2014, his debut a prize for winning the RX Lites Cup support category. Since, the 20-year old has won back-to-back Sweden-based RallyX Nordic Championships, the second alongside his World RX campaign last year.

"I am very excited to join MJP Racing Team Austria and to be able to compete the full 2017 season,” said Eriksson.

“Driving for the team alongside Timo Scheider makes me feel fantastic. I saw what they have done with their new 2017 Ford Fiesta RXS and it will be amazing to drive this machine. Thanks to the team and their sponsors for giving me this opportunity.”

While Eriksson has raced an OMSE-built Fiesta Supercar in recent years, the specification of the MJP Racing Team Austria car is largely different. The OMSE cars use a longitudinally-mounted engine while the Austrian machines (that have previously been based on Fiesta R5 body shells) have been used transverse units. The team is building new cars for 2017.

“Kevin is the perfect match for Timo in our team. The combination of DTM experience and World RX dynamic makes for one of the strongest driver pairings in the 2017 championship,” said team owner Max Pucher.

“As much as I would have liked to have Alex Wurz as an Austrian counterpart to Timo, he unfortunately was unable to commit to a full season. We have reached our ultimate goal of stepping up our game both in drivers and cars.”

The news confirms that neither of the squad’s 2016 drivers, Janis Baumanis and Timur Timerzyanov, will drive for the team this year.

Prodrive and Renault to enter World RX in 2018