Neuville crashes out of Rally Chile 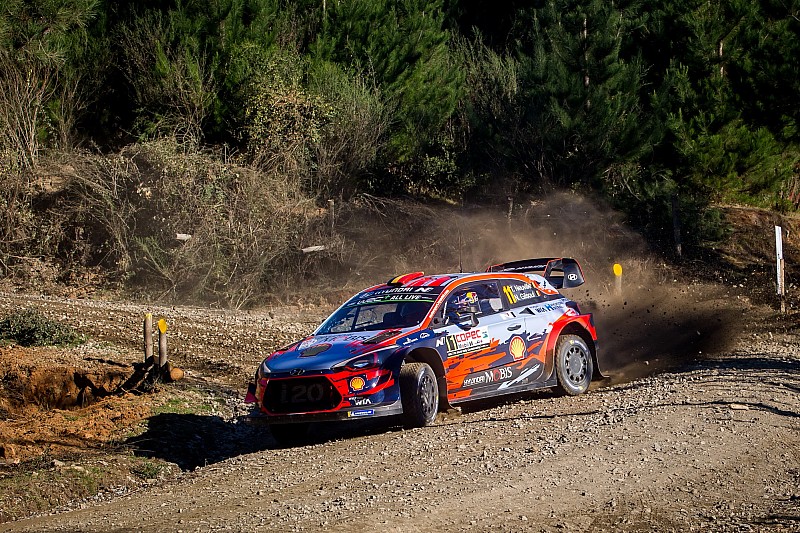 Neuville had won the opening stage of Saturday morning, Rio Lia, and had climbed from fourth to third at the expense of Toyota driver Jari-Matti Latvala.

He was only 1.4 seconds behind reigning six-time champion Sebastien Ogier before SS8 and pushing to take second place away from the Citroen driver.

But around the halfway mark of the Maria Las Cruces test, Neuville suffered a big accident, his Hyundai i20 R5 landing on its side and in a heavily damaged state.

Neuville required medical assistance after the accident, according to a tweet from Hyundai. The stage was later red-flagged.

Latvala, the next car on the road, reported he had run wide over a crest immediately before the site of Neuville’s crash and suggested the Belgian had likely been caught out in a similar manner.

Toyota's Ott Tanak is still untroubled at the front of the field with an 30.8s lead over Ogier, who in turn has 16.7s in hand over Latvala.

There is potential for some of that time loss to be reduced through notional times, however, as Latvala had been delayed by his own Toyota teammate Kris Meeke on Rio Lia.

Meeke had run wide on a slow corner and hit a solid object, pitching his Yaris WRC into a roll, which dropped him well outside the top 10.

He drove at a reduced pace to the finish but was apparently unaware Latvala had caught him, with the Finn saying he had been stuck behind Meeke for “many kilometres”.

Latvala’s time on Rio Lia was 20.1s off Neuville’s benchmark and third-slowest of the WRC runners.

Chile WRC: Tanak in command after Neuville rolls out