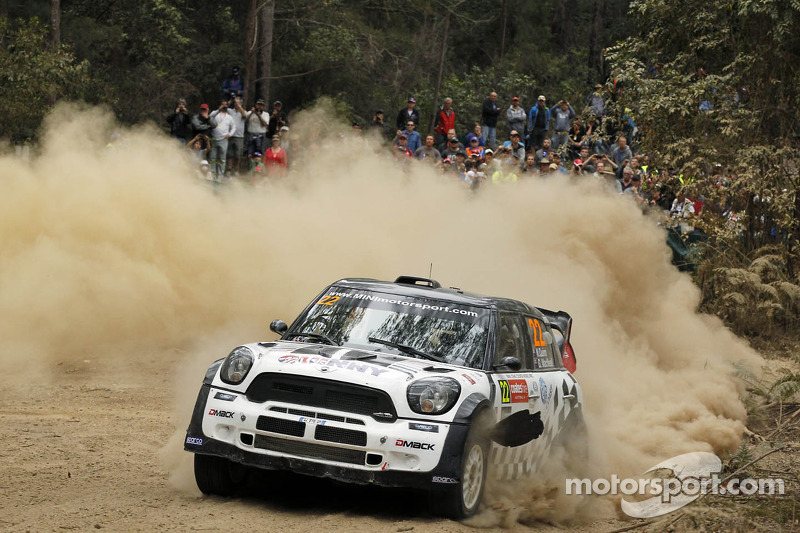 Nathan Quinn can breathe a sigh of relief after finishing the day in a good position and with a car that is in great shape.

After another day out on the stunning shire roads of the Coffs Coast, Aussie Nathan Quinn and his co-driver Glenn MacNeall have proven that consistency pays, moving up one place on the Coates Hire Rally Australia leaderboard into 8th place outright following an unfortunate accident that claimed fellow WRC competitor Kris Meeke.

Quinn, who was weary of today’s stages, can breathe a sigh of relief after finishing the day in a good position and with a car that is in great shape for the third and final day of the rally. 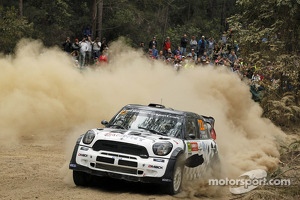 “I was always nervous about today’s stages, so to get through without any issues is a great success.

I continued to learn more about the car and how I should be driving it, which I am hoping will come in handy for tomorrows even faster stages” said Quinn.

Quinn, who has grown up rallying on these roads says that the roads used on Sunday are some of his favourites of the event and although he knows them well, he still needs to drive wisely and not change his strategy in order to achieve his goal of a Top Ten finish. _“We are sitting in eighth place tonight and I am very happy with that. I don’t want to un-do all of the work Glenn, myself and our team have done by getting cocky now so we will drive at a pace that is fast enough, but not one to risk it all_” he explained.

Motorsport Italia Team Manager Bruno De Pianto continues to impressed with Quinn's performance: "Nathan's really doing a great job. He's driving a car he hadn't competed in before this week against more experienced drivers and he's managed to stay calm at put in consistently strong times. He really deserves to get a good result tomorrow in front of his home crowd. We're behind him all the way, so let's hope for a good finish tomorrow!"

Unfortunately for Alexander Gelvez, his day has not gone quite as smoothly. After a small off this morning where spectators assisted to push him and co-driver Borja Rozada back onto the road, Gelvez was unable to continue on the afternoon stages due to gearbox issues. “We had an issue with the gearbox on the Nambucca stage.

Our crew was able to replace the gearbox during the next Service, but when we went to leave to continue with the rally, we noticed that oil was leaking from the new gearbox . Unfortunately there was a problem, because one of the new parts was faulty. It was not the fault of the team. The team has now rectified the problem and we are ready for tomorrow, which will be long and tough day."

Gelvez will spend tomorrow getting more experience in the car and wishes to build on his stage times as the day progresses.

Team Manager Bruno De Pianto was disappointed for Gelvez, but pleased the Venezuelan remains positive in his approach to the fourth and final day of the event: "It was a real shame for this to happen to Alex. However, I'm sure he'll go out tomorrow focused and ready to increase his experience again. He's very happy to be here thanks to Venezuela and its Ministry of Sport and will always make the most of the opportunity they have given him."

Ogier’s rally in Australia - but no title yet