Toyota men Ott Tanak and Jari-Matti Latvala are to hold station in first and second place through Sunday’s third and final leg of Rally Turkey.

The two Yaris WRC drivers are almost a minute clear of Hayden Paddon in third and with Tanak needing every point available to close the gap to championship leader Thierry Neuville, Latvala is not expected to challenge him.

Asked about the situation, team principal Tommi Makinen said: “I’m not sure I need to say anything about that. I am sure our drivers have seen already the situation and they know what to do.

"They are not going to fight together, I guess. If I noticed something happening tomorrow morning, it would make me nervous.”

Latvala admitted he would get past his own desire to push for a first WRC win since Sweden last season.

“I must say it is a long time since I had a chance of winning,” he said. “The passion is there to go for the win.

"Now we are in a different situation. I have not had a good season and am quite far behind in the points [so] from a personal side, I cannot gain anything.

“Ott is in a very good position for the championship because Seb [Ogier] and Thierry [Neuville] are out.

"If he can score maximum points he will be fighting for the title and we also need these points to get closer to Hyundai.”

Tanak, who’s on a WRC hat-trick after winning in Finland and Germany, added: “Our approach for the moment will be the same for tomorrow: to bring the car home.

"It’s the same for the team; we need the points for the manufacturers’ championship and it’s important for both of us that we finish tomorrow.”

Tanak started the event 13 points behind Ogier and 36 adrift of series leader Neuville. Neither the Frenchman or the Belgian will score more than a possible five bonus points from the powerstage. 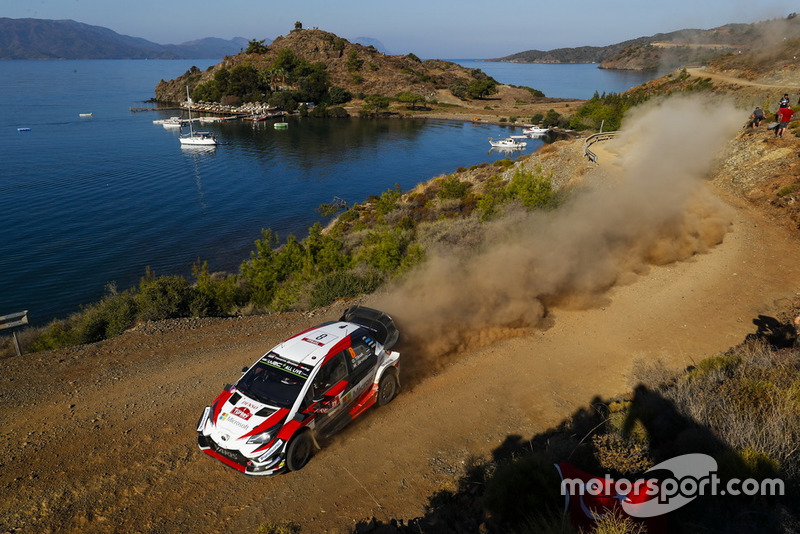