After a long break the famous “Mazda Raceway Laguna Seca” near Monterey hosts the 12th round of the 2013 FIM Superbike World Championship.

Munich/Milan, 23rd September 2013. The BMW Motorrad GoldBet SBK Team is heading to the west coast of the United States of America. This weekend (27th to 29th September), the famous “Mazda Raceway Laguna Seca” near Monterey hosts the 12th round of the 2013 FIM Superbike World Championship. The last visit of the series to the Californian circuit dates back to 2004, but for both BMW factory riders, Marco Melandri (ITA) and Chaz Davies (GBR), it is familiar terrain. Marco knows Laguna Seca very well from his years in MotoGP. He took part at the Laguna US Grand Prix six times, twice finishing on the podium. Chaz raced there several times with the American AMA and in 2007, he made his MotoGP debut at Laguna Seca.

In the Riders’ classification of the 2013 Superbike World Championship, Marco is currently fourth with 290 points and a gap of 33 points to the top. Chaz is fifth with 239 points. Together, Marco and Chaz have already claimed six victories and a total of 15 podium finishes on their BMW S 1000 RRs this year. In the Manufacturers’ classification, BMW is third with 354 points. 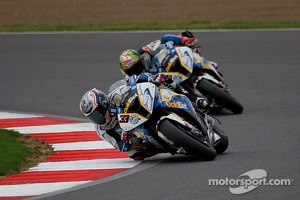 This weekend’s schedule has been significantly changed, with the first race already being contested on Saturday. The weekend starts as usual with the free practice on Friday midday, but then both qualifying practices are held on Friday afternoon. After another free practice, the Superpole qualifying takes place on Saturday morning. Race one starts on Saturday afternoon at 14:00 local time. Sunday starts with the warm-up session in the late morning, with race two scheduled for 14:00 local time.

Laguna Seca from the rider’s point of view:
Marco Melandri:
“I have good memories of Laguna Seca. I rode there when I was in MotoGP and I was twice on the podium. Laguna is one of the best tracks on the calendar. I’m very happy that the World Superbike organisers decided to come back to this circuit. Our bike should work well on this track. We only need to check the grip level the asphalt offers once we are there and work hard to achieve the best possible result. I feel really good and am preparing with training for the next rounds. This final part of the season will be demanding but I want to give my best.”

Chaz Davies:
“Laguna Seca has been consistently a very good circuit for me. For some reason I find the rhythm quite easily at that track. I have done quite a few laps there in AMA so maybe I have a little bit of an advantage this year. It is a very good circuit and along with Portimão, I would rate it as one of my favourite tracks. It has the challenge of the ‘Corkscrew’ which is very steep and I think very exciting to watch. It is one of the most physical circuits I have ever raced on. You don’t get any time to rest and you really need to know how to handle the bike because the circuit is just built into the terrain – there were no computers used or any designers! It is just some tarmac in the hills following the natural landscape, which is nice. Our target for this weekend is as always, a double podium. Regarding the championship I now believe that I don’t have a chance, though there are still enough points left to grab. Anyway from here until the end of the season it is all about podiums and wins, and this is what we aim for.”

Laguna Seca from a sporting point of view:
Serafino Foti (Sport Director BMW Motorrad GoldBet SBK Team):
“After some years we finally return to Laguna Seca, the ‘temple’ of American motorcycling. Superbike racing is linked to America, where this category was born between the late ‘70s and early ‘80s. Motorcycling champions such as Freddie Spencer, Wayne Rainey, Eddie Lawson, Kevin Schwantz and Kenny Roberts started their careers in Superbikes. Laguna Seca is a fascinating and very technical track. Unique sections like the Corkscrew have been and probably will help decide the results of the races. In addition, the American circuit is very short. This means that the gaps between the riders will be very small. Both our riders like the circuit and know it very well. This makes us quite confident for the races and also with regard to the championship, which is still open.”

Laguna Seca from a technical point of view:
Andrea Dosoli (Technical Director BMW Motorrad GoldBet SBK Team): “The next event will be very important for us. The championship is still open but if we really want to fight for it we must go to Laguna with a clear target: doing better than our competitors. And honestly we are capable of doing so! It is another new racetrack for BMW so the preparation will be very important. We will use a similar approach to Istanbul, running a few simulations and counting on Chaz’ and Marco’s prior experience on this track. 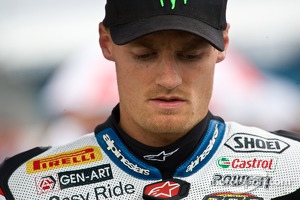 We expect a bumpy surface but with better grip than we experienced in Turkey. The layout is very special. It is tight and short with cambered and blind turns, such as the entry to the famous ‘Corkscrew’ or the fast left hand first corner, where the rider’s skill can make all the difference. The chassis and the electronic settings will be key factors. We will experience for the first time an unusual schedule with a very busy Friday and the races spread across Saturday and Sunday. This change will have an impact on the team’s working system and on the riders’ physical and mental approach. We also have to consider the particular weather we could find: fog in the morning and sun in the afternoon. For the BMW Motorrad GoldBet SBK Team it is a new challenge that we are more than ready to face.”

Laguna Seca from Pirelli’s point of view:
Pirelli will bring the standard SC1 and SC2 tyres for the front and standard SC0 and SC1 for the rear to Laguna Seca. The configuration of Laguna Seca is quite special and different from other Championship circuits. The particular position of the track, located right on a hill not far from the sea, gives rise to large variations in asphalt temperature between morning and afternoon sessions. In some particular sections such as the famous “Corkscrew” which riders usually cover with a speed of around 80 km/h, there are rapid counterslope changes of direction that stress the front tyre and, at the same time, the many load transfers may affect the grip of the rear tyre.

For the front Pirelli brings the two solutions already brought in all 2013 rounds, the standard SC1 (R426) in soft compound and ideal for low external temperatures and/or moderately severe circuits and the standard SC2 (R982) excellent for high air temperatures because it guarantees solidity on the tread band. At the rear, the standard SC0 (R1261) is available, a soft solution which made its debut at Monza with the reinforced central area and has been used at Donington, Portimão, Imola and Nürburgring with success. It is ideal for tackling smooth asphalt and high temperatures. The alternative available to the riders is represented by the standard SC1 (R828), a solution in medium compound already present in the first three rounds as well as in Imola, Silverstone and at Nürburgring and visually recognizable because of a white stripe which is accompanied with a blue strip on the tread.

Background:
The US leg of the Superbike World Championship looks like being one of the highlights of the 2013 season: after several years in Salt Lake City, the series now returns to the “Mazda Raceway Laguna Seca” in California, which already hosted the FIM Superbike World Championship between 1995 and 2004. Laguna Seca is located near Monterey on the Pacific coast, about two hours south of San Francisco.

The combination of a unique layout and gorgeous surroundings is what makes Laguna Seca so popular. The circuit was built in 1957 and is now one of the most famous racetracks in the USA. MotoGP, the AMA American Motorcycle Championship, and numerous automobile racing series are regular guests at the Californian circuit.

When you hear the words Laguna Seca, you automatically think of the “Corkscrew” – one of the most famous corners in the world. Every rider has maximum respect for this corkscrew chicane. At the end of a long straight, the riders approach a blind crest at high speed, behind which the track dips viciously downhill, rapidly changing direction as it does so. “Corkscrew” aside, Laguna Seca is still a challenging circuit, combining many uphill and downhill stretches, fast and flowing sections with long straights, and different types of corner. Both engine performance and the bike’s response, under braking and when accelerating out of corners, play a major role on this layout.

Countdown is on for Laguna Seca return