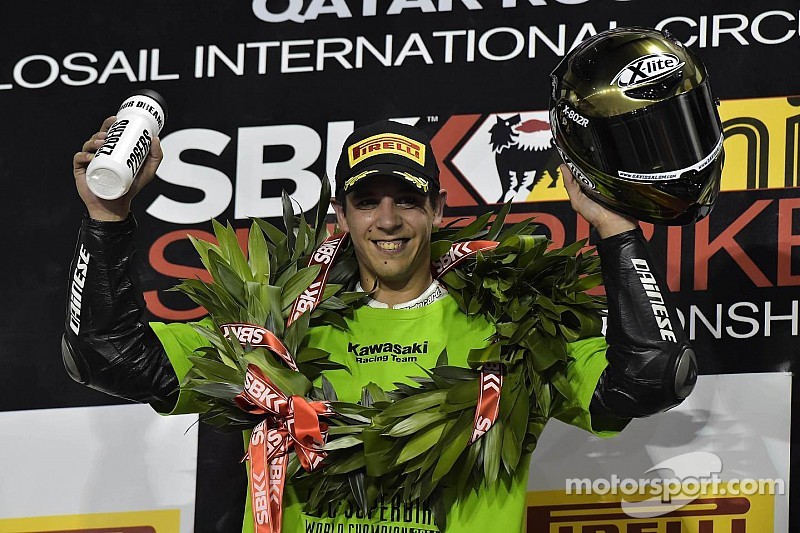 The first ever WSBK race to be held under floodlights has been won by Sylvain Guintoli.

Doha (Qatar) – The penultimate race of the 2014 eni FIM Superbike World Championship, the first ever to be held under floodlights has been won by Sylvain Guintoli (Aprilia Racing Team) who pulled away in the final four laps to cross the line a lonely winner ahead of compatriot Loris Baz (Kawasaki Racing Team), in what was one of the most enthralling races of the season.

Thanks to his fourth win of the year, Guintoli is now only 3 points short of series leader and reigning champion Tom Sykes (Kawasaki Racing Team), who completed the podium.

From the start it was Jonathan Rea (Pata Honda World Superbike Team) that led before Baz took his turn at the front. The first half of the race saw eight riders covered by a little over a second, before things settled down a little as Guintoli and Baz began to ease away.

Lap 13 saw Melandri pass Sykes much to the delight of the Aprilia pit garage, while at the front Guintoli and Baz remained locked together. The Aprilia RSV4 #50 overtook the Kawasaki ZX-10R #76 at the start of the fourteenth lap where it would remain.